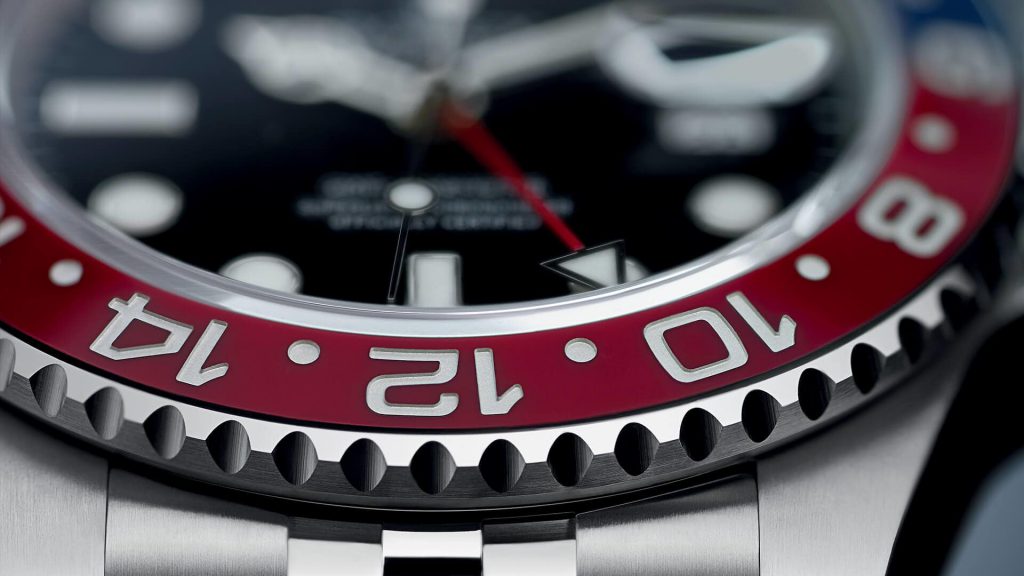 It is already well known that Rolex will be providing surprises at Baselworld. Fans were not disappointed in 2018, the new GMT-Master II 126710BLRO Pepsi was on everyone’s mind. Rumours had long since spoken of a possible reissue of the popular GMT-Master II Pepsi. In 2018 Rolex made the dreams of many Rolex fans come true. In 2014 Rolex had already released a version in white gold, now it is finally available in steel. 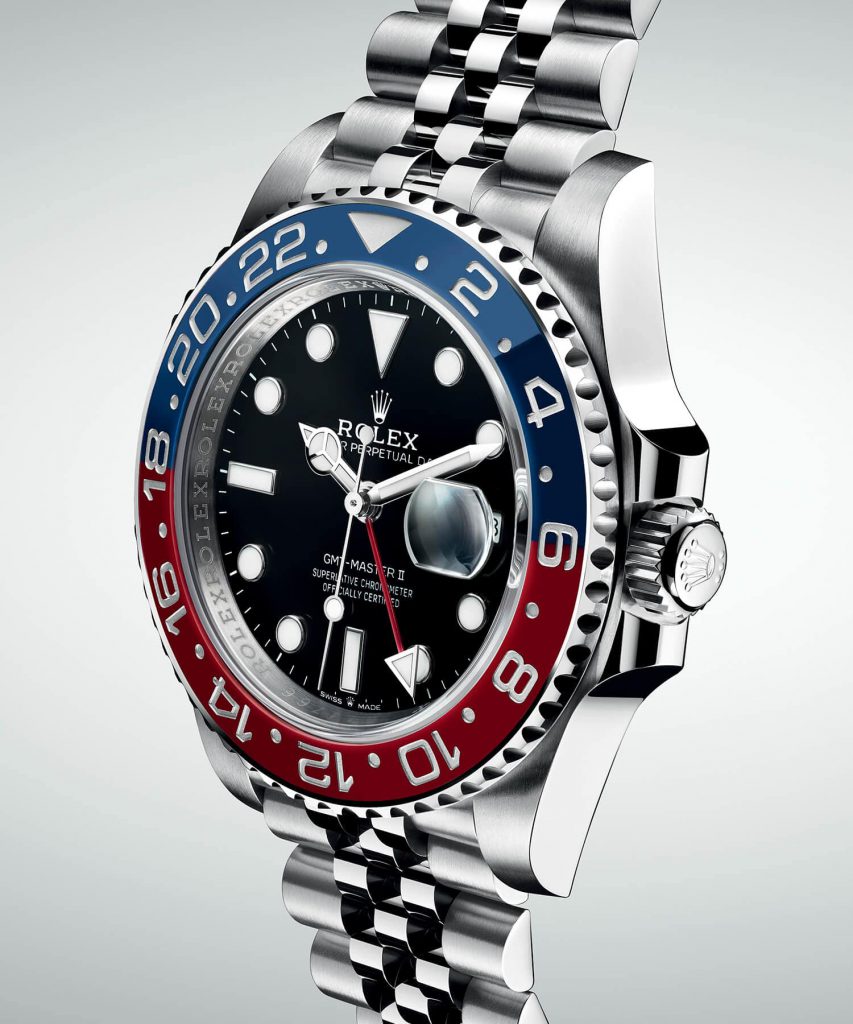 The new GMT-Master II Pepsi 126710BLRO comes equipped with a two tone Cerachrome Bezel in red-blue, that can be turned in both directions. This colour combination is a reminiscence on the original colourway of the GMT Master from 1955. It also comes with a 24h graduation and the well known, second hour hand that shows the home time while the owner is travelling around the world. Whats new is the Jubilee-strap made from Oystersteel which comes with a classic oyster clasp, a common feature from the Submariner. This combination of a GMT Master and a Jubilee bracelet was last seen in the 1980s. 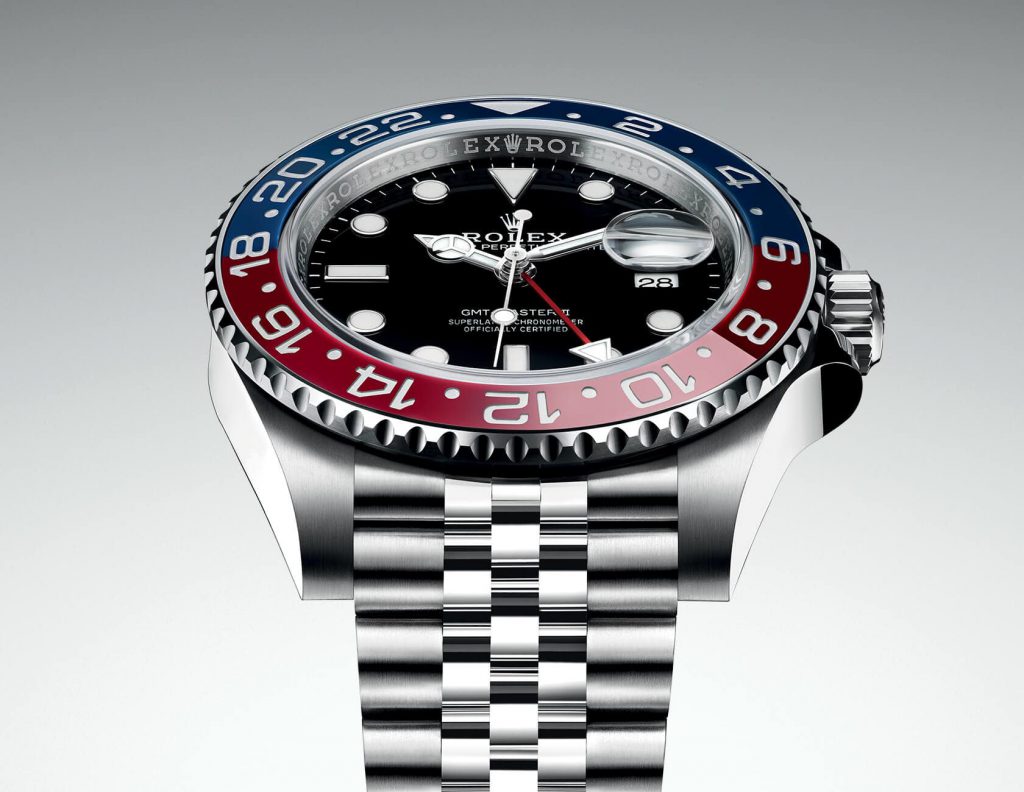 Besides the optical update, the biggest innovation is the new caliber 3285 movement with „Chronergy“ escapement. Earlier new editions of the GMT Master II (such as the Batman 2013) were equipped with the 3186. The new movement has a power reserve of 70 hours, loosely beating the 48-hour power reserve of its predecessor. In addition, it sets new standards in terms of accuracy, reliability and shock resistance. 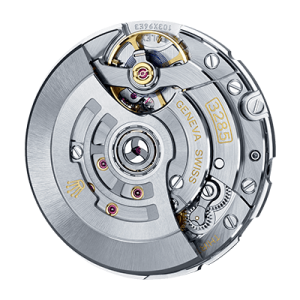 More  news about the GMT Master II from Baselworld

The GMT Master II Pepsi was not the only reveal at Baselworld. Speculations prior to the fair that the Batman model would be discontinued have not been confirmed. However, the two GMT Master II 126711CHNR and 126715CHNR versions with a brown-black Cerachrome bezel are new. In these two models, Rolex was inspired by popular vintage models from the early 1970s, for example the Rolex GMT Master Rootbeer. The dial is kept in black with the special feature that the GMT Master II lettering is powder pink. A total of nine GMT Master II models are available, some of them old acquaintances like the Batman with blue-black bezel and the classic GMT-Master II 116710 LN in complete black. 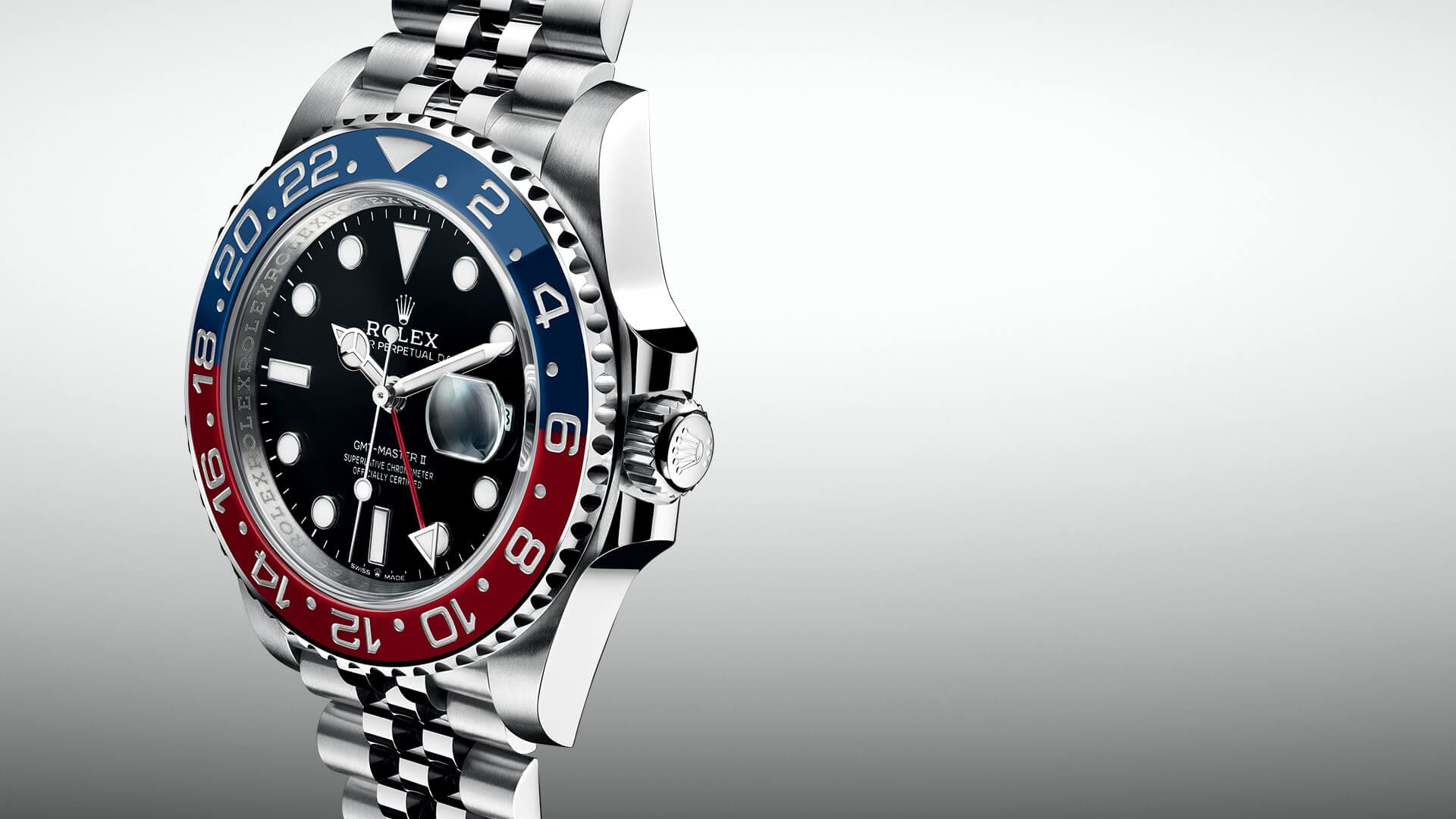 The History of the GMT-Master

It was introduced in 1955 as a navigation aid for pilots facing new challenges due to the rapid expansion of the airline network. As the official watch of Pan American World Airways, better known as PanAm, it quickly achieved great popularity outside aviation circles due to its attractive appearance and functionality, and over the years it became a classic collector’s item.

Watch fans had been waiting years for a new steel revision. The model presented by Rolex in 2014 was only available in white gold, making it more massive and heavier but also considerably more expensive than the GMT-Master II 126710BLRO in Oystersteel, which was now been introduced.