Whether automatic or manual winding – it is above all a question of philosophy and how much you want to ritualize your life. What both movements have in common is that they form their very own relationship with the person wearing them, which simply cannot be replaced by the electronic distance of a quartz movement. Mechanical watches have their own rules and the sound of a perfectly functioning movement has its own harmony. In addition, by avoiding the use of batteries, you can protect the environment and, with appropriate maintenance, often rely on a mechanical watch for decades. Nevertheless, first of all you should know how the individual movements work and how they differ before choosing a model.

What is an automatic movement?

To put it simply, an automatic movement is the translation of the kinetic energy you generate by moving your arm into potential energy that tensions the mainspring and drives the watch. In other words, your automatic watch winds itself when worn instead of being wound by hand daily. If you move your arm, the ball-bearing rotor inside the watch tries to orient itself to the centre of the earth. As a result, the resulting kinetic energy is transmitted to the mainspring by a transmission chain. For a long time there has been a discussion regarding the type of rotor, however over time the central rotor has gained acceptance.

If your watch has a view back, you can also observe the semi-circular rotor directly at work. You will see that the rotor rotates very quickly, which would wear out the spring if it were transferred directly. This prevents the reduction gear from converting the fast movements of the rotor with low torques into slow movements with high torques. Nevertheless, this does not protect the spring from overloading, which is why it is not attached directly to the barrel, but hangs on a sliding bridle with a „slipping clutch“ that protects it from wear. 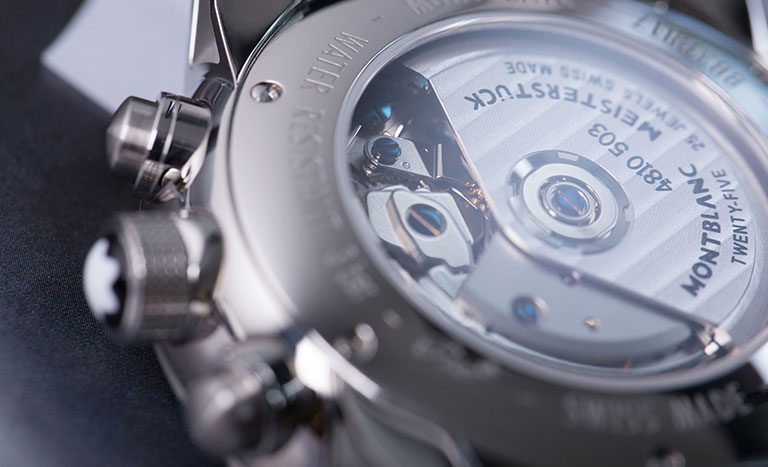 As you may suspect, there are many subtleties that influence the choice of automatic movement, but one of the basic discussions was about using either a one-sided or two-sided winding mechanism. Automatic watches with double-sided winding have a gearbox that rectifies the rotor movements, which means that the energy is generated independently of the direction of rotation. The way in which this energy is aligned has become the subject of numerous patents as more and more companies developed better polarization mechanisms. The most famous single-sided elevator movement is the Valjoux 7750, launched in 1973, which resisted all doubters and showed that even a single-sided elevator can compete with a double-sided elevator in terms of performance and precision.

What does manual winding mean?

As the name already says, manual winding draws its energy from daily manual winding and has no rotor. Contrary to an automatic watch, a hand-wound watch does not have a slipping clutch, which is why you should be a little bit more sensitive when winding. As soon as you feel a slight resistance, the watch is fully wound and you should stop. The internal procedure is as follows: Once you wind the watch, the applied force is also stored in the mainspring. From there, it is transmitted through the train to the escapement wheel. The anchor connects the escapement wheel with the oscillating balance wheel to the force which is now transmitted by the escapement. The balance wheel is the time base of the watch and, through its oscillation, transmits a time-defined movement via the train, where it is translated by the centre wheel, the third wheel and forth wheel into minutes, hours and seconds. The higher the oscillation frequency, the more precise the watch works. Because mechanical watches react very sensitively to their environment, the watch can still lose a few seconds. Temperature fluctuations may lead to an expansion of the spring and restlessness, which can change the frequency. 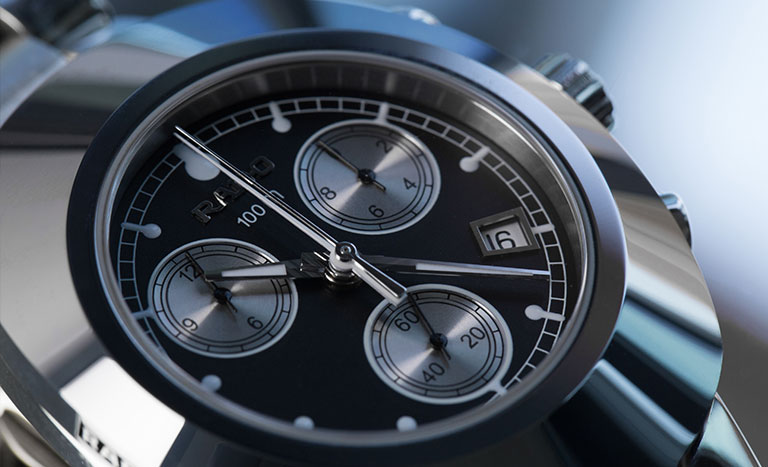 Advantages and disadvantages of automatic and manual winding

Wearing a hand-wound watch means appreciating rituals. If you find the idea of turning up a watch daily rather impractical or annoying, a hand-wound watch is probably not the best choice for you. Visually, the lack of a rotor has enabled manufacturers to develop ever flatter hand-wound watches, which is a good alternative for those who don’t enjoy the trendy muscular models. Since hand-wound watches consist of fewer parts, they are also less likely to malfunction and less expensive.


The advantage of an automatic watch, in addition to the automatic winding and the technical masterpiece of the movement, lies primarily in how little maintenance they require. If you maintain your watch appropriately, it can last for decades. In terms of accuracy and power reserve, you have to make deductions. Especially in comparison to quartz movements, automatic movements lose time faster than their electronic competitors. As a general rule, the more often you wear your automatic watch, the more precisely it works.