Fat Lady, Hulk and Rainbow: Rolex watches and their nicknames

Some Breitling or Omega fans just smile at the number of nicknames you have to know as a Rolex aficionado. With some series like the Daytona or GMT-Master II, they have already ritualized themselves to a point where every new model gets an unofficial name when it is launched. This allows watch fans to actively communicate with a brand and influence its profile. In an industry that can often seem very isolated from the outside, nicknames are a way for fans to make their voices heard. Rolex has never given nicknames, but has developed them organically over the years.


What's behind the name of a watch?

But nicknames of Rolex watches have more important functions than just to amuse fans: They show that the watch series are not handled as templates, but rather change over time. They experiment with form and colour combinations or try out technical improvements that lead to innovations. As a result, many of the models listed below are not only supposed dead ends, which fans love anyway, but also masterpieces of engineering which are still undisputed today. 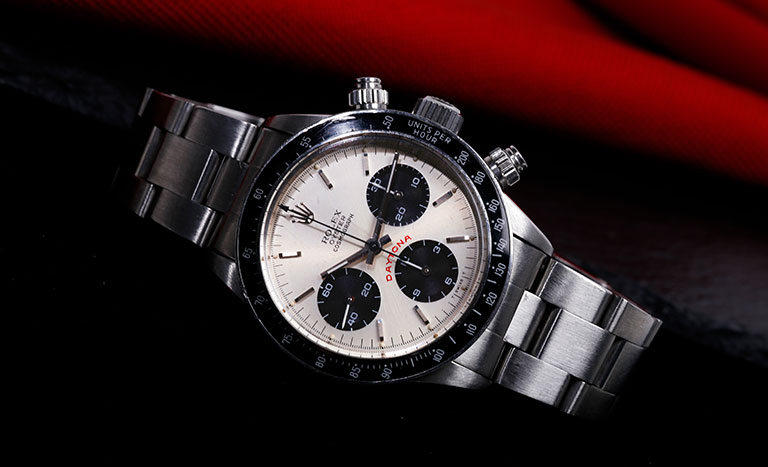 With the GMT Master, the bezel makes the difference


By far the most nicknames refer to a colourful aspect of the watch. In some series, such as the GMT-Master and the GMT-Master II, this only applies to the bezel. Whether "Batman", "Coke“ or "Pepsi“ – the names and colour combinations are mostly self-explanatory. Important is the different material of the bezel, which also got an update from aluminium to Cerachrom with the change from GMT-Master to GMT-Master II. The new Cerachrom bezels are more durable and scratch-resistant than aluminium, but the often-fading inserts of the GMT-Masterare of particular interest to collectors.

In the case of the Submariner, it is often the combination of bezel and dial. The "Kermit“ was above all a historical caesura. To celebrate its 50th anniversary, Rolex launched a new edition of the Submariner … and gave it a green bezel. But every frog is known to hide a prince and fans rapidly began to love the eye-catching combination and christened it after the most famous Muppet. After the „Kermit“ was so well accepted, Rolex followed up with the "Hulk", which combines a green bezel with a green dial, but also reminded of Stan Lee’s green giants with its Maxicase. 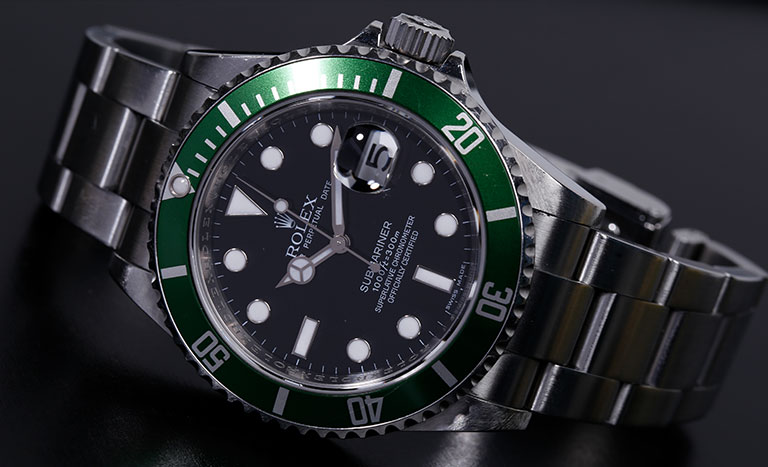 After Rolex had been successful with green, the "Smurf“ was launched as a submariner with a blue bezel and blue dial. The standard colour for a Rolex dial, however, remained black – so all models that differ from it immediately stand out. The "Polar", for example, is the first Rolex Explorer II to be offered with a white dial that harmonises beautifully with the orange 24-hour hand.

Altitude records: It Ain’t Over Til The Fat Lady Sings


The form is less likely the reason for the nickname. The first GMT-Master II is known by the name "Fat Lady“ since it is bigger than its predecessors with a height of 6.3 mm. The new edition of the "Turn-O-Graph“ or "Thunderbird“ at the beginning of the 2000s reminds of Rolex‘ first functional watch. Even before the Submariner and GMT-Master, Rolex launched a Datejust with a rotating bezel in 1953. This was also the first watch to be offered in Rolesor – a patented mixture by Rolex of steel and gold. It was also worn by the U.S. Air Force’s Thunderbird aerobatic squadron, which earned it its second nickname.

When nicknames refer to the history of a brand, it makes sense that most form experiments take place in the first, formative years of the brand itself. Back then, Rolex was still experimenting with the general design, trying out models that were perceived as dead ends but are now extremely valuable collectors‘ items. With the „Padellone“ and the „Stelline“, for example, there are two models with a triple calendar and moon phase, a combination that Rolex would never repeat in its style again. „Padellone“ is Italian for „large pan“ and refers to the case diameter of 38 mm, which appeared gigantic at that time. „Stelline“ means „small star“ and refers to the star-shaped indices with which the watch was decorated.


Whether agent or president: Rolex has them all


With so much success, Rolex can of course look back on numerous sponsorships and endorsements that demonstrate the pop cultural influence of the brand. No franchise does this more explicitly than James Bond. The model dedicated to Agent 007 is the Submariner 6536, often worn by Sean Connery in particular. The GMT-Master with the Ref. 6542 and Pepsi bezel is mainly known as "Pussy Galore“ because it was worn by the same named Bond-Girl in Goldfinger. 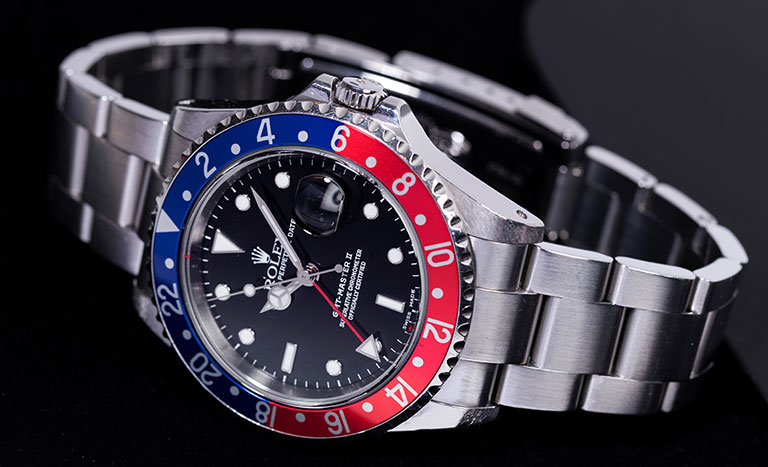 In the case of the Day-Date even a whole series is known as "President“, as it was worn by John F. Kennedy and Lyndon B. Johnson. Several models are also directly associated with well-known personalities such as James Cameron, Steve McQueen or Paul Newman. A special feature is the Dato-Compax, for which Jean-Claude Killy had been won. It was the only series that combined a calendar with a chronograph.