Baselworld 2018 – what can we expect this year?

Watch enthusiasts are all waiting for it: Tomorrow this year’s Baselworld is starting. It is the largest fair for watches and jewellery worldwide. Brands from all over the world are traditionally presenting their newest innovations to trade professionals and the press. Big brands such as Rolex, Omega, Breitling, Tag Heuer and many others will participate and hopefully hold some surprises for the audience.

The first ever fair for watches and jewellery was held in Basel in 1917 and, last year it celebrated its 100th anniversary. The first event was called „Basler Mustermesse“. 831 exhibitors attended, only 29 being watch or jewellery maker. The fair specifically focussed on Swiss companies. In 1973 the European jewellery and watch fair was held for the first time parallel to the original „Mustermesse“. In 1975 the fair counted 60 000 visiting trade professionals, a record high. In 1984, it was renamed to Basel 84 and also opened to non-European companies. Since 2003 the fair is known as Baselworld and attracts many watch enthusiast from all over the world, while setting standards for the upcoming season.
However, this year’s fair is only 6 days, two days shorter than in the past years. The organiser, Messe Schweiz, is approaching smaller company needs by making it shorter. Rest assured, all big watch companies are also attending this year’s Baselworld. 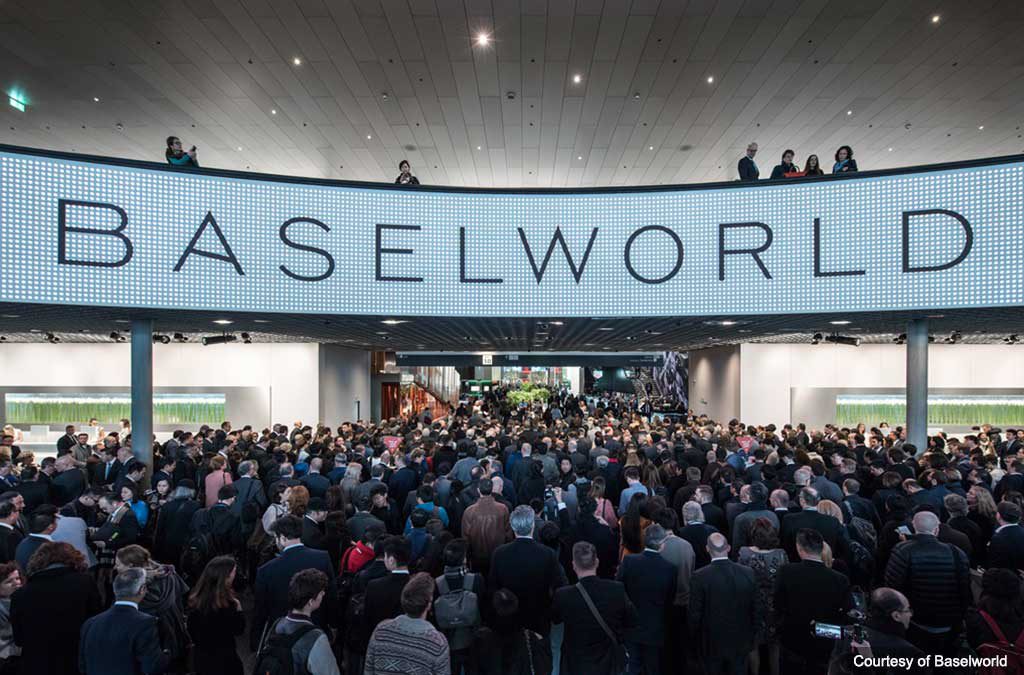 Rolex and Omega with Re-Issues of all time favourites

Rumours already spread months ago. However, big brands like Rolex and Omega were very secretive which only stimulates online rumours. Rolex released a short teaser 5 days ago on YouTube which caused curiosity: It shows a Jubilee bracelet which is looking more delicate than the classic Oyster bracelet. As finally revealed on the Rolex website today, it belongs to the new GMT Master II 126710BLRO with a pepsi-coloured bezel. A novelty watch the world was waiting on for years! The classic pilot watch is strongly connected to the luxury airline PanAm and is a very popular collector’s piece. The new GMT Master II 126710BLRO is made of stainless steel, provided with the new Jubliee bracelet with an Oyster clasp.
As another novelty and newest member of the classic two-colour GMT Master II, Rolex has introduced a brown-black bezel for the GMT Master II 126711CHNR and GMT Master II 126715CHNR.
Other interesting news from Rolex is the new Deepsea Deep Blue 126660, equipped with a wider bracelet and a new calibre 3235 movement.
Rolex has also updated the smaller watches of the Datejust series with minor changes. Additionally, they announced a new model of the Cosmograph Daytona, studded with gemstones. A special feature: the bezel is decorated with 36 long sapphires in rainbow colours. 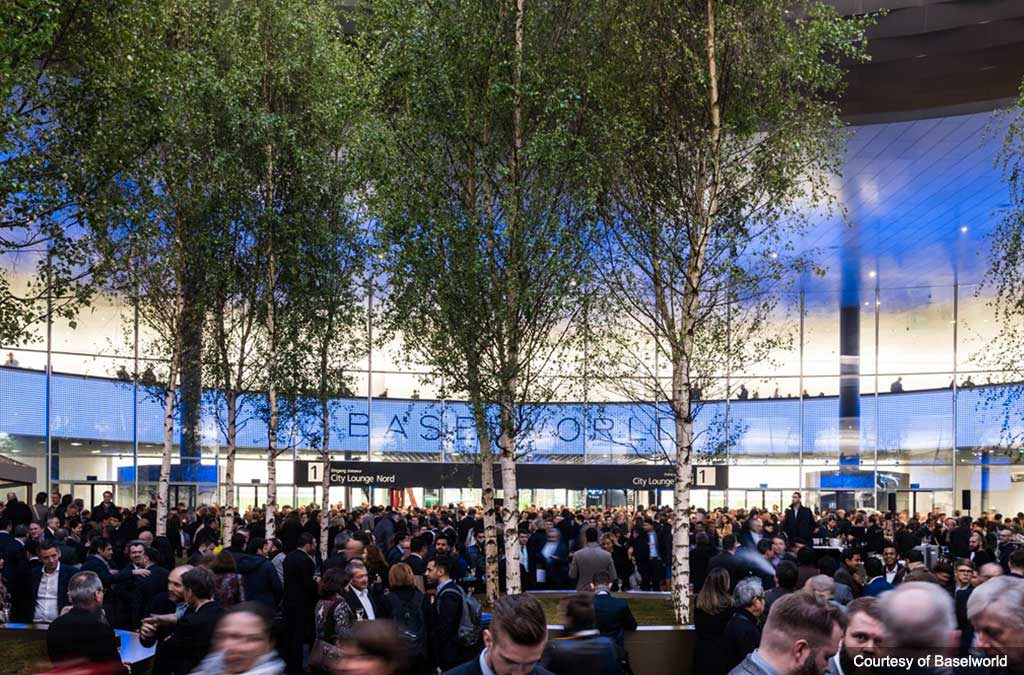 Omega has an update of their topseller Seamaster Diver 300m in the program for this year’s Basel World 2018. The new Seamaster Diver 300m is now 42mm and features a ceramic dial with the well-known wave pattern. This is now engraved by laser and the indices are coated with Super LumiNova. The Omega Seamaster Diver 300m is equipped with the new chronometer caliber 8800, which sets new standards in precision, performance and resistance to magnetic fields. For better symmetry, the date field has been moved to the 6 o’clock position.

An exciting novelty from Tudor this year is the Black Bay GMT M79830RB-0001. The famous diving watch from Tudor is now available for the first time with GMT function. Another highlight of this watch is the two-coloured bezel in the popular combination blue and red. As for all Tudor models, the same applies here: Born to Dare. The manufacture movement caliber MT5652 is extremely precise and robust and the watch is water resistant up to 200m. 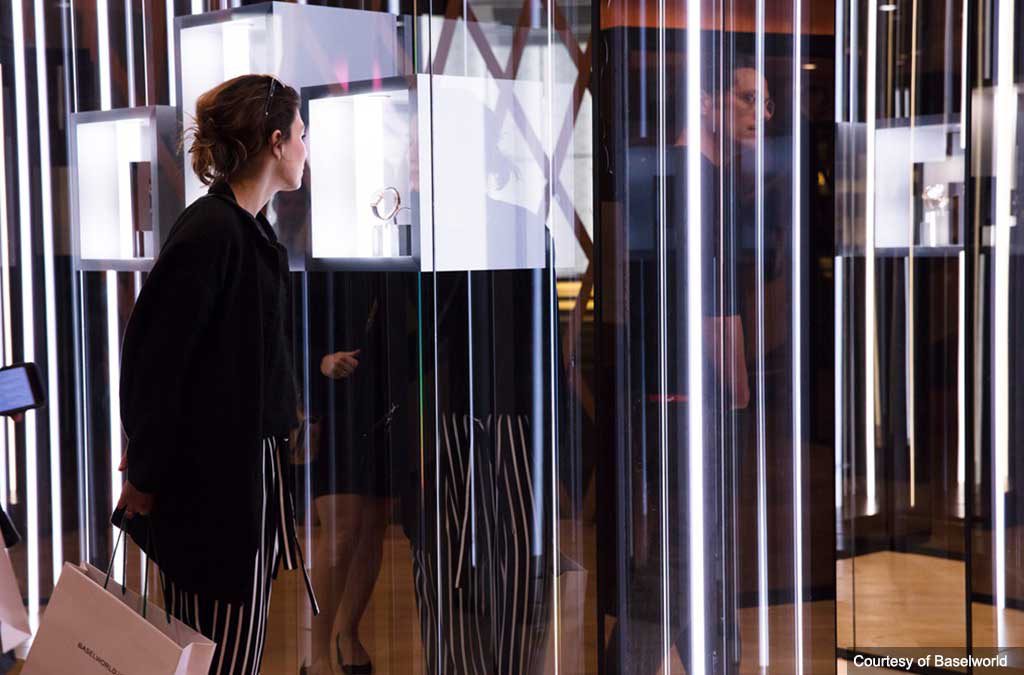 We also expect Breitling to present some interesting news. Georges Kern, their new CEO, already announced a change in their advertising strategy. Selling the family-held business to an investor last year initiated a change of direction for the company. Breitling announced to take further steps into the future in January this year and is showing their new collection Breitling Navitimer 8 at Baselworld.

TAG Heuer is showing a new Carrera, called TAG Heuer Carrera Heuer 02 as they previously announced. It is also their 55th anniversary this year.

There are very little specific clues so far, but many speculations. So, the Baselworld 2018 is going to be another thrilling event for watch enthusiasts and definitely worth a visit.