Chronograph, chronometer and Cosmograph: What are the differences?

The terms chronograph, chronometer and Cosmograph are ever-present in the watch industry. But what do they actually mean and how can they be distinguished from one another? In the following, we will go into more detail about their meaning and use, and explain the differences to you.

What is a chronometer?

A chronometer is a watch with very high precision. When tested for their qualities as chronometers, these watches show particularly low rate deviations depending on position and temperature. The testing of the accuracy of a watch is usually carried out by the COSC (Contrôle Officiel Suisse des Chronomètres). Accordingly, only watches that have a daily rate deviation of no more than -4 to +6 seconds and have passed the 15-day test are may be called a chronometer. After successful completion of the test, the watches receive a watch rate certificate and are henceforth permitted to carry the name "chronometer".

The origins of the chronometer go back to seafaring in the late Middle Ages. At that time, precise watches were needed to determine the longitude at sea accurately and thus to be able to maintain orientation. In 1759, John Harrison finally presented a chronometer that made it possible to determine longitudes precisely.

What is the definition of a chronograph?

A watch is called a chronograph if it has an additional stop function with which time segments can be measured. It is important to differentiate between a chronograph and a chronometer, as a "chronometer" is only the quality label for the accuracy of a timepiece, but does not have to have a stop function. In 1816, it was Louis Moinet who developed the first approved chronograph. Back then he called this instrument "Compteur de Tierces" (thirds timer). Only a few years later, in 1821, watchmaker Nicolas Mathieu Rieussec presented his invention for short-time measurements named "Chronograph". Montblanc still pays tribute to Rieussec and his invention today with its Nicolas Rieussec collektion. Nowadays, chronographs can often be recognised by their distinctive dials with three totalisers in a tri-compax arrangement, for example at 3, 6 and 9 o'clock, and the two pushers to the right and left side of the watch crown. 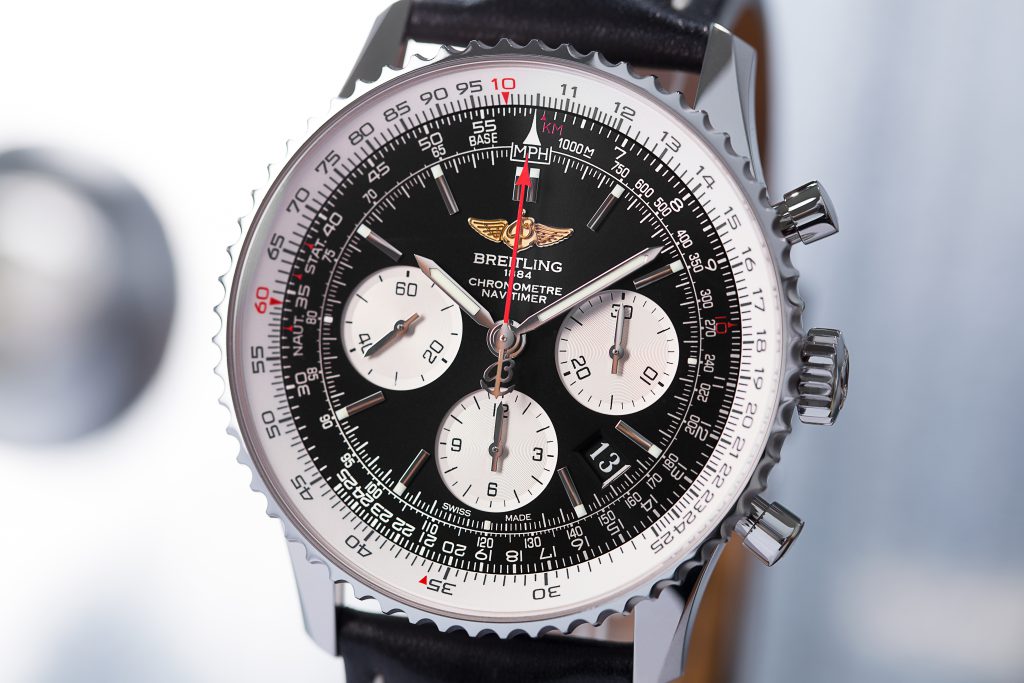 
One of the most famous manufacturers of chronometer-certified chronographs is the Swiss manufacturer Breitling. Models such as the Navitimer or the Chronomat celebrated huge success in aviation shortly after their launch and quickly became an essential tool for pilots. Additional features such as the tachymeter scale on the bezel enabled them to perform complex and vital calculations quickly and easily, even during flights.

What does the term Cosmograph mean?

The term "Cosmograph" is a word created by Rolex, which first appeared in the 1950s to describe a watch with a moon phase and calendar function and is now used for Daytona Chronographs. The Swiss watch manufacturer has had an essential influence on the history of horology and with the Cosmograph has created a model that differs from all other chronographs in more than just its name. The Cosmograph Daytona is also known as a "Chronometer of Superlatives", as it has a rate deviation of only about ±2 seconds per day. This is why the Daytona dials are labelled "Superlative Chronometer Officially Certified". 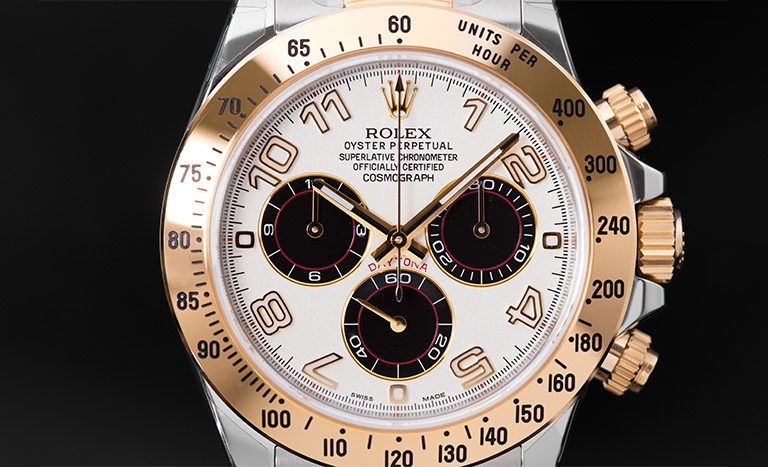 
Originally developed for motorsports to achieve new records, the Rolex Cosmograph Daytona quickly gained popularity beyond the race tracks. Some models that show deviations and peculiarities in the dials are in fact very coveted rarities on the watch market. It is also interesting to note that one of the most expensive watches in the world is one of these Cosmographs. The Paul Newman Daytona was sold at an auction in 2017 at a phenomenal price of 17,800,000 US dollars. The original price of the watch was a mere 200 US dollars. The Daytona clearly has an aura of its own, which is probably also a result of its innovative name.