Benz, Bond and Bûche de Noël: Which watches do you give as Christmas gifts in other countries?

It is beginning to look a lot like Christmas – and not only here in Germany, but of course worldwide. This raises the question of which gifts are given in other countries for Christmas. Apart from Grandma's knitted socks, which definitely make it under the Christmas tree all over the world, we are particularly interested in which watches are the preferred presents in Germany, Great Britain and France. The sales figures of the Watchmaster timepieces clearly show some favourites during the Christmas season.

Germany: The best or nothing

It is well known that Germans attach great importance to quality. An item should not only work, it should also work the best. This is true to the motto of the German car manufacturer Mercedes-Benz "The best or nothing", which leaves little room for interpretation. Quality comes first in Germany and then the optical appeal – not only in business but also in private life.

It is therefore hardly surprising that Germans often give each other timepieces from a brand that largely defines the image of luxury watches and symbolizes outstanding craftsmanship: it must be a Rolex. Three models by the Swiss brand with the crown were in particularly high demand at Watchmaster and reached the wrists of a recipient last Christmas.

Which watches do people give as a present on Christmas Eve in Germany?

The Rolex Datejust ranked first in the sales figures in Germany. Both the unisex versions and the Lady-Datejust are considered simple, elegant and suitable accessory for any occasion. Rolex describes the Oyster case of the Datejust as the "epitome of robustness and elegance" – perhaps one of the main reasons for its impressive popularity in German households.

Just as the German car industry is known for outstanding sports cars, so are Rolex and brilliant watches. The perfect watch for combining both of these interests is no doubt the Rolex Daytona. As the only chronograph in the Rolex range, this watch has long since found its deserved place and is also considered a popular Christmas present in Germany. Highly precise and equally prestigious, this watch had also captivated racing legend Sir Jackie Stewart. It is all too natural that people in the country with no speed limit repeatedly become spellbound by this watch. 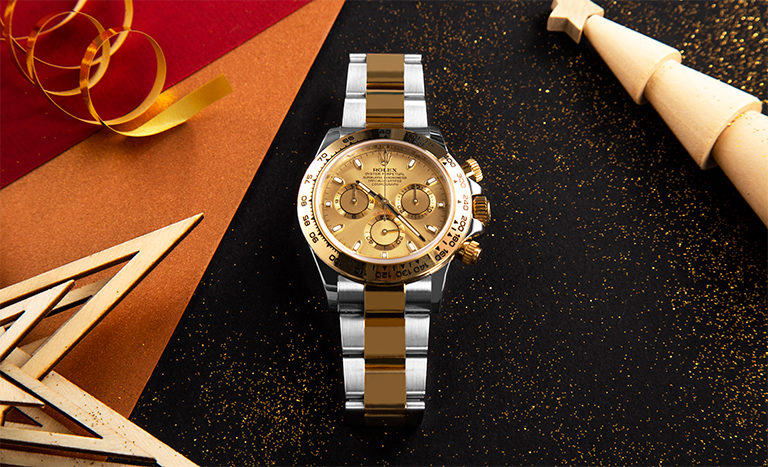 
The Rolex GMT-Master II is almost as common as a gift for Germans on Christmas Eve. With its robustness and simple yet absolutely dependable functionality, it has been inspiring for years to both those who make use of the two time zones regularly and those who "only" appreciate the characteristic look of the GMT-Master II. In particular, this model offers a wide range of bezel colours and bracelet variations. The GMT-Master II owes its large following not least to the color combinations that have earned it nicknames such as "Pepsi", "Coke" or "Batman".


Christmas in the United Kingdom: On Her Majesty’s Service

We primarily associate Great Britain with the royals and reserved people in expensive suits with serious faces. This is followed immediately by James Bond and the many watches of the secret agent. From shooting grappling hooks to blasting holes in concrete walls to cutting bars with laser beams, without his timepieces Mister Bond would have been in a mess. And so it is no wonder that his British compatriots also have a preference for watches for all situations in life.

Which watches do the British like best as gifts?

It is rather rare to find the Rolex Submariner in a stocking on the morning of December 25th. However, this is solely due to the size of the Rolex boxes, because the Submariner is one of the most popular watches of the Empire. By the way, this is also one of the first watches that accompanied Bond on his missions. Bond author Ian Fleming said, "He could not just wear a watch. It had to be a Rolex... A gentleman's choice of timepiece says as much about him as does his Savile Row suit." And not only is 007 right with this choice of timepiece, as the large fan base of Submariners in England impressively proves. 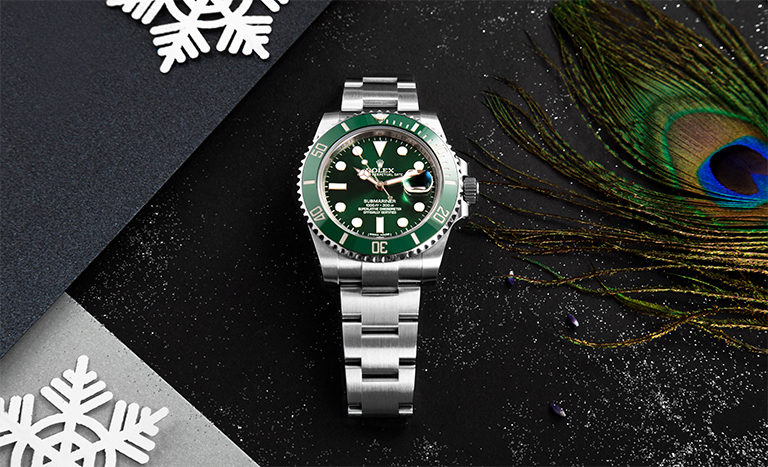 
In contrast to his fellow countrymen, however, Bond did not remain loyal to his Submariners for very long. His most well-known watch is the Omega Seamaster 300M, which, like the Submariner, is very popular with men and women in British households. It is therefore understandable that this diver's watch, along with stuffed turkey and fresh plum pudding, is increasingly becoming one of the highlights of the English Christmas celebrations.

The British are known all over the world for their spirit of tradition and perseverance. Not surprisingly, they also have a penchant for classic watches. Last year, more and more British people decided to buy a classic Rolex Oyster Perpetual for Christmas. Its design, which has barely undergone any changes since its launch in 1926, and its legendary past make it unquestionably one of the favourite timepieces of the English and a delightful Christmas present.

It is widely recognized all over the world that the French have a strong appreciation for the beauty of life. That is why it is not surprising that in France alongside the delicious "Bûche de Noël", people are particularly fond of giving beautiful watches. However, this preference does not mean a loss of quality. So which models of watches have been given as gifts?

The Top 3 Christmas watches in France

The first watch in this list is the Cartier Santos. which is almost exotic and often found its way to the "sapin de Noël " of the French in 2018. It made history in 1904 as the first men's wristwatch in the world and has a refreshingly modern and futuristic look with its design that has surprisingly changed only very little since then. Whether to combine this watch with a metal bracelet or a leather strap is left to personal taste of the presenter or future owner. One thing is clear: the Santos has an elegant figure in every design and will deliver beaming smiles. 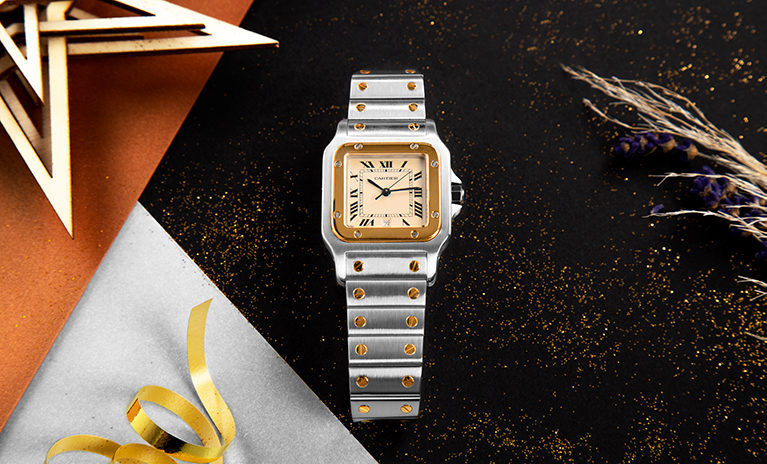 
An equally popular gift in French households is the legendary TAG Heuer Carrera. This watch owes its name to one of the most dangerous car races in the world, the "Carrera-Panamericana". This watch is available in a wide variety of versions and is by far not only a delight for motor sport enthusiasts. Whether as a dress watch or tool watch at the race track, the Carrera is never out of place – which the French appreciate.

One brand in particular seems to enjoy equal popularity all over the world: a Rolex is also in demand as a gift in France. Much like the British, the French appreciate the Rolex Oyster Perpetual. In the land of beauty, however, the version with a date indicator at three o'clock is preferred. Like its close relative, the Oyster Perpetual Date impresses with its clear structures and timeless design – a thoroughly understandable and beautiful gift idea.

Which watch to give for Christmas?

What if a Rolex isn't what you're looking for? If you want to browse other watch manufacturers and models, you'll find many more brands and models in the Watchmaster Onlineshop, where you'll be sure to find the perfect present for anybody.

Have you found the ideal Christmas present or even your own dream watch? Then you can easily purchase it from Watchmaster via one of the many payment options, such as PayPal or bank transfer. If you prefer to pay the amount in smaller instalments, you can finance your watch under favourable conditions directly with Watchmaster.

Watchmaster wishes you all the best in your search for the perfect watch for Christmas and a wonderful Christmas season!