As one of the largest Swiss watch brands, the International Watch Company, better known as IWC, is primarily known for a rather reserved appearance and a high degree of technical sophistication. But the brand's history and the story behind some of its models certainly don't need to hide either. Discover ten good reasons why we love IWC.


10 reasons why we love IWC

1. Audacity and a pioneering spirit

Florentine Ariosto Jones was born on February 15, 1841 in the USA as the son of a shoemaker. He completed an apprenticeship as a watchmaker and founded the International Watch Company Schaffhausen in 1868 at the age of 27 in Switzerland, which had been regarded as a country with low wages in the 19th century. His entrepreneurial goal was to produce high-quality watches in Switzerland at low cost for export to the USA. It is this courage to break new ground and take risks that still marks IWC today. However, the manufacturer caused a stir with a rather controversial advertising campaign between 1999 and 2005. With slogans such as "Almost as complicated as a woman. Except it's on time." or "At least there’s one thing a man can rely on", IWC attracted attention from many people, and not just in a positive way. As the self-titled "official supplier to men", the watch manufacturer appears provocative and daring. Meanwhile, however, IWC has left the macho advertising behind and is focusing on new markets and strategies, which makes the Schaffhausen company extremely likeable. 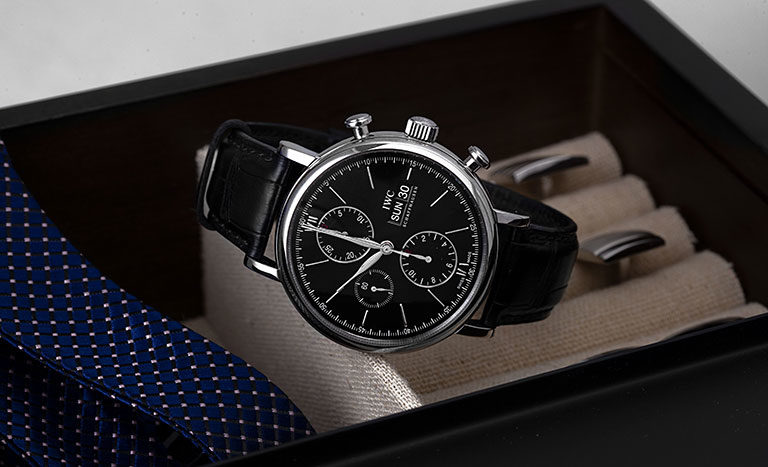 2.  A tribute to Pallweber

In 1884, IWC produced the first watches with a digital display for the hours and minutes, the so-called Pallweber pocket watches, in which the numbers were displayed on rotating discs through viewing windows. 150 years later, IWC launched the Tribute to Pallweber Edition "150 Years". As with the legendary pocket watches from that time, these mechanical wristwatches feature a large digital display for hours and minutes and a small second at 6 o'clock. The hand-wound watches recall the brand's pioneering spirit and carry it into the 21st century in a truly charming way.

The Portuguese is one of IWC Schaffhausen's flagships in two senses. If we look at the history of this large wristwatch, we discover that two Portuguese merchants, Rodriguez and Teixeira, requested a large, easy-to-read wristwatch made of steel for their voyages on board a number of merchant ships in 1939, the year in which the IWC Portuguese was born. In spite of the fact that at the time demand for this type of watch was low and timepieces in art deco design were fashionable, IWC complied with the wishes of the two importers. This is how the "Portuguese" series earned its name and has become one of the manufacturer's most popular series over the years. 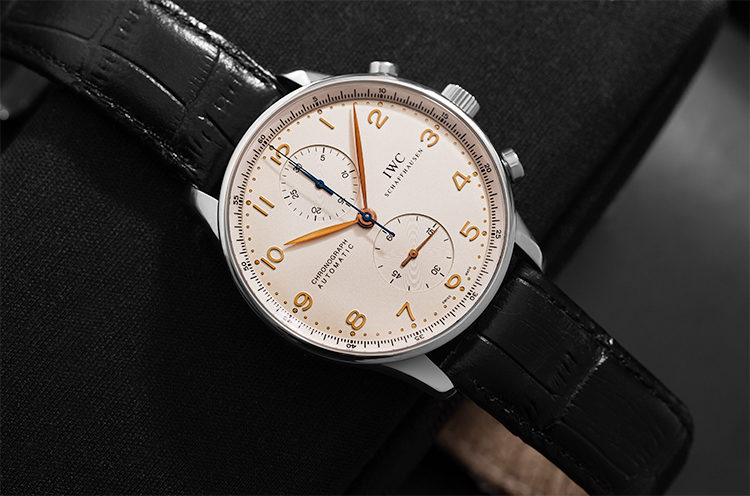 To mark the 125th anniversary of the International Watch Company, IWC produced the "ultimate creation in the art of watchmaking". This extremely complex wristwatch, called "Il Destriero Scafusia", was launched in a strictly limited edition of 125 pieces and features numerous complications. The "Streitross aus Schaffhausen" ("War Horse from Schaffhausen", in English) features a perpetual calendar, a split second hand and a tourbillon in addition to the conventional time, and has more than earned its self-assured name.

Antoine de Saint-Exupéry attained worldwide fame during his lifetime for his book "The Little Prince". In addition to writing, the author and humanist also pursued his passion for flying. However, the "flying writer" disappeared without a trace during a reconnaissance mission on July 31, 1944. It was not until 2000 that the remains of his plane were found in the Mediterranean. His spirit lives on, however, in the Antoine de Saint Exupéry Youth Foundation, created in 2008 by his descendants.  The foundation is dedicated to the fight against illiteracy and supports educational programs for children and young people from socially disadvantaged backgrounds. IWC is a proud partner of the foundation, giving us another reason why we love the brand so much.

Even before Greta Thunberg, environmental protection has been in the public eye. Fortunately, more and more companies are committed to sustainable production – and that includes IWC. In addition to the fact that the company manufactures watches that will function for generations, its manufacturing process has been optimized for sustainability. IWC's headquarters, the new manufacturing centre and the gold refinery are powered with renewable energy sources and the company's location has its own bus stop and free charging points for electric cars. The watch boxes have also been modified in line with environmental protection and are now made with 90% less plastic than before. For its tangible commitment to sustainability, IWC has even received the "Butterfly Award" from Positive Luxury as a "luxury brand you can trust". 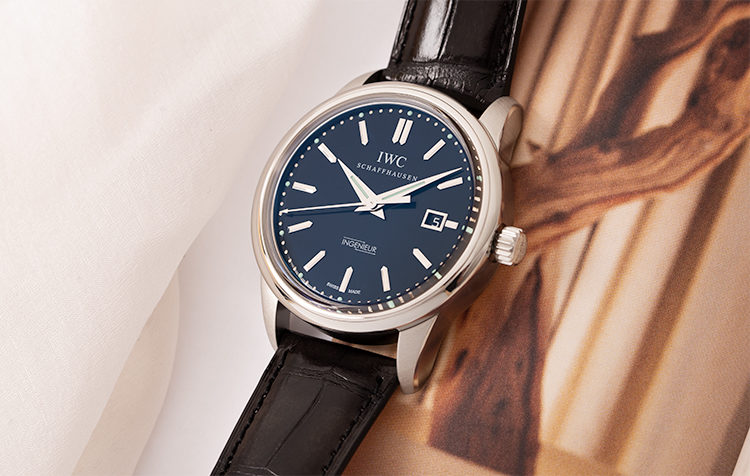 In 1993, a museum was established at the Schaffhausen headquarters in order to make the eventful history of IWC more accessible to enthusiasts and people interested in the brand. At the time, IWC was the first Swiss manufacturer to open a museum. Since 2007, the IWC Museum has been located on the ground floor of the converted historical headquarters of the workshop. Here, for the first time, the different aspects of F.A. Jones' work are examined in greater detail. Over 230 lovingly curated exhibits await visitors, presenting the history, watches and rarities in a modern environment featuring multimedia presentations.

8. IWC and its connections to the world of film

The art of watchmaking and the cinematic craftsmanship have an eye for detail and the drive to create masterpieces in common. This is why IWC is also a proud sponsor of various film festivals around the globe. Among the major film festivals of which IWC is a sponsor are the Zurich Film Festival (ZFF), the British Film Institute (BFI) and the Toronto International Film Festival (TIFF). The latter has now become one of the largest film festivals in the world and has a program that spans 365 days a year. To support young filmmakers, IWC created the Filmmaker Award, which the company awards in conjunction with its sponsored festivals.

But IWC is not only active behind the scenes. The brand can also occasionally be admired on the wrists of international stars on the silver screen. For example, watches by IWC can be seen in films like  "Ocean's 13", "Collateral" and "The Bourne Legacy" as well as the popular TV series "The Good Wife" and "Grey's Anatomy". 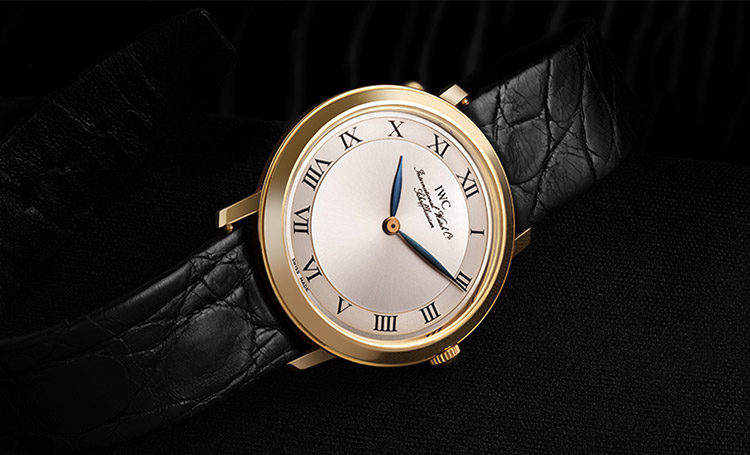 A passion for research and innovation is one of the cornerstones of the International Watch Company and is always a good premise for a joint partnership. This is why the partnership between IWC and the two founders of the English Boultbee Flight Academy, Matt Jones and Steve Boultbee-Brooks, is hardly surprising. The two pilots have made it their goal to circumnavigate the world in a 1943 Spitfire propeller plane. The flight distance of 43,000 kilometres has never been logged by an aircraft like the Spitfire. As the main sponsor of the expedition "Silver Spitfire – The Longest Flight", IWC is proud to have helped the two pilots take off in August 2019. Since 2003, series such as the IWC Pilots Spitfire Chronograph and the IWC Spitfire Double Chrono have been inseparably linked to this story. Both models come from the Pilots collection, which is dedicated to the legendary propeller aircraft of the 1940s.

Watchmakers and cars are a mutual love that not even Jane Austen could have imagined. It's no surprise that, in addition to developing racing watches, watch manufacturers are now also sponsoring racing teams and designing analogue timepieces for the dashboards of luxury cars. IWC is sticking close to its beloved brand in the automotive industry: Mercedes-Benz. The Zeus of automakers is known worldwide for its top quality and undisputed prestige. As the inventor of the automobile, Carl Benz is one of the greatest pioneers in world history. As a result, it seems almost natural that IWC would be a sponsor of the Mercedes-AMG Petronas Formula 1 team. This relationship and IWC's strong involvement with the Mercedes team is another one of the main reasons why we love IWC.