10 reasons why we love Rolex

Anyone interested in watches will eventually reach the point where they want to add the crowning glory to their watch collection. It doesn't take much argument to convince anyone that investing in a Rolex is worthwhile. Regardless of whether you are considering buying a used Rolex or not, keep reading for the 10 reasons that make the brand Rolex so authentic and likeable.


10 reasons why we love Rolex

Rolex can look back on over 100 years of history. Today, the company is one of the world's best-known watchmakers. Rolex founder Hans Wilsdorf grew up in Kulmbach, Bavaria and got the ball rolling when he left home at just 20 and traveled to Switzerland to work in an import-export business. This activity then brought him to London, where he set up his own business in 1905. His business concept was the import of Swiss watches, for which he could guarantee the precision of a movement. Wilsdorf shaped the company through his practical business acumen. In response to the many stories that were circulating about what led to the company's name, he lightheartedly remarked that the word Rolex was chosen because it was memorable and sounded the same in all European languages. Another example of his business savvy was the choice of location for the company. Initially an English company, Wilsdorf moved the business to Switzerland to avoid the high import duties that resulted from the First and Second World Wars. 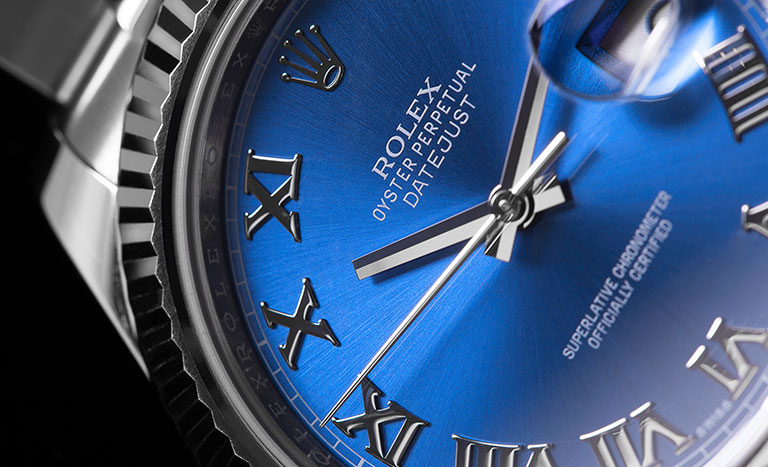 2. The history of Rolex

While Rolex was strongly influenced by its founder, the company managed to maintain an original strategy after his death in 1960 and continued to work on consolidating its good reputation with reliable and robust watch models. The Rolex Daytona became very famous after appearing on Paul Newman‘s arm. Due to supply constraints at Zenith, who supplied the automatic movement for the Daytona, the watch, which was rarely available, became a myth among collectors. For many watch enthusiasts, the scarcity of Rolex watches is still part of the attraction of collecting them. Many people try to get hold of one of the rare models by buying a second-hand Rolex. Until the 2000s, Rolex continued to expand its own production range in order to become independent of suppliers. In 2004, the two Rolex companies in Geneva and Biel merged. After a change in management, the company began a gradual process of modernization of its classic models.

Today, every stage of Rolex production takes place within the company. In addition to its own foundry, which produces the special precious metals and alloys for Rolex watches, the company employs a large number of different specialists. The watches are hand-assembled from movement to bracelet. Rolex also has its own gemological department, which ensures that only genuine gemstones are used for the watches. In the company's long history, in which an estimated 20 million gemstones have been tested, only two counterfeit gemstones have been found.

4. The spirit of innovation at Rolex

Rolex is constantly working on technical advancement and innovation and has already achieved several records with Rolex watches. To date, the company has filed over 400 patents. It all began in 1926 with the patent for the first water-resistance watch. The Oyster case made of solid stainless steel owes its water resistance to the screw-down crown and case back. The watch was tested by Mercedes Gleitze, who attempted to swim the English Channel with the Rolex Oyster on her wrist. While the attempt failed, fifteen hours in the water did not harm the watch. In 1931, Rolex launched the Perpetual, a self-winding watch with an evenly tensioned spring, which achieved a higher rate of accuracy and is considered the precursor of the modern wristwatch with self-winding mechanisms. For the expedition to Mount Everest by Sir Edmund Hillary of New Zealand, Rolex manufactured the Explorer, which withstands extreme temperature fluctuations and is easy to read even under difficult lighting conditions. Only one year later, the GMT-Master was launched, a watch model that could display two time zones. In 1971, the Sea-Dweller was released, which had a helium valve and a water resistance of 600 m, which was exceptional at that time. A Rolex watch successfully passed an extreme test when it was plunged 10,916 meters into the Mariana trench on the outer wall of deep-sea research vessel the Trieste. The company developed the Rolex Milgauss to counter extreme magnetic fields, such as those found at CERN, with antimagnetic coatings to ensure that the movement would not deviate from its normal rate. 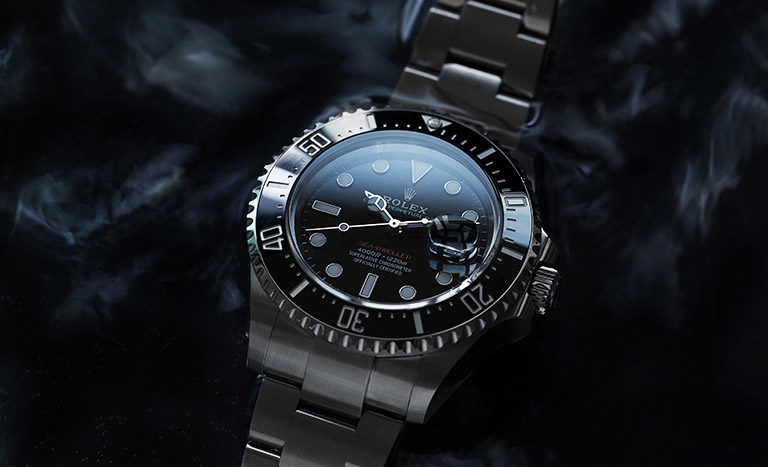 5. Leadership of a charitable foundation

The way in which the company operates is also unique. In 1944, Hans Wilsdorf transferred his shares to a charitable foundation, which has managed the company ever since. Rolex is one of the few watch manufacturers that does not belong to a group and can therefore operate independently of alternating owners. The proceeds from the business are also largely invested in Rolex' charitable organizations and the employees' pension funds.

Rolex has launched a number of campaigns that are active in a wide range of fields. Rolex promotes environmental conservation, art and culture and supports young entrepreneurs with innovative business concepts. For more than 40 years, the Rolex Prize has been awarded to people who have made a commitment to conservation, the arts and social issues. It has also launched the Rolex Mentor and Master Student Initiative, which enables talented young artists to collaborate with an established, well-known representative of their profession, which fosters dialogue between generations.

What do Konrad Adenauer, Che Guevara, the Dalai Lama and Michael Jackson have in common? It's the choice of their wristwatch. The list of celebrities who have owned a Rolex is as long as it is diverse. Differences between people seem to disappear when it comes to the demand for reliability and timelessness of a watch. Some of these famous watch fans have so strongly influenced the popularity of a Rolex watch model that some of those watches have even been nicknamed after them, such as the Rolex Explorer II, also known as the Steve McQueen. The Rolex Daytona worn by acting legend and a good friend of McQueen, Paul Newman sold for a record price. Who knows which Rolex is going to reach a record price in the near future? 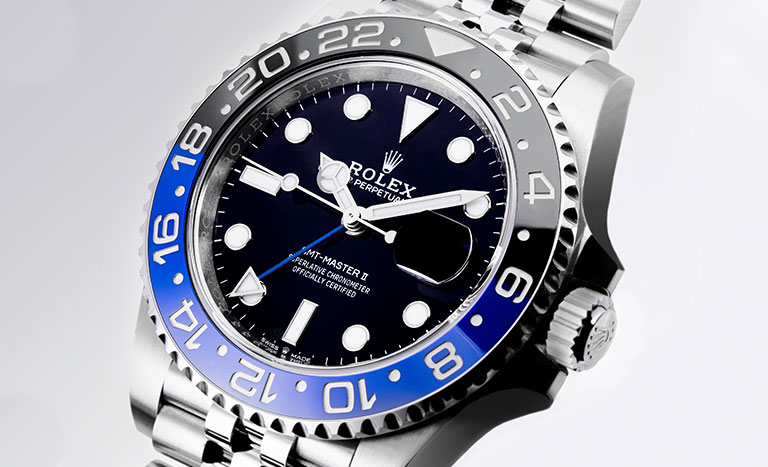 8. The balance between innovation and timelessness

The appearance of many Rolex models has hardly changed in the last 50 years, and any changes have been made very cautiously. This continuity is often considered one of the reasons for success and also explains why used Rolex models still fetch high prices. But the company does not ignore the signs of the times: When the desire for larger cases emerged, Rolex modified its new models to reflect this trend.

9. The entire concept of a Rolex watch

Rolex manufactures watches that are uncomplicated, reliable and robust. They are made for everyday use, yet still give the wearer the feeling that they’re wearing the right watch for any occasion. The company focuses on creating watches with longer maintenance intervals and that with proper care, will be a faithful companion for many decades to come.

Rolex has been ranked first among the most respected companies in the world twice in a row. In 2018, the company took first place in Germany and Austria for number of watches sold. In terms of future prospects, the company continues to develop very favorably. Anyone who invests in a second-hand Rolex is not only buying an exquisite luxury watch, but making a good investment and supporting the brand's charitable work, too.