What is the Bauhaus design?

The Bauhaus is celebrating its anniversary. The art school and its understanding of design and art has become omnipresent in the 100 years since its founding. Product designers from all over the world like to label their works with the Bauhaus label. Although there is no clear distinction between what Bauhaus is and what it is not, everyone seems to have an approximate idea of what it means when it is used as a label or description. One thing is clear: it's about straightforward, austere and reserved forms. A design does not hide behind function, but tries to emphasize the intrinsic beauty of a functional object – true to the motto "form follows function". Functionality is definitely in the foreground at the Bauhaus. 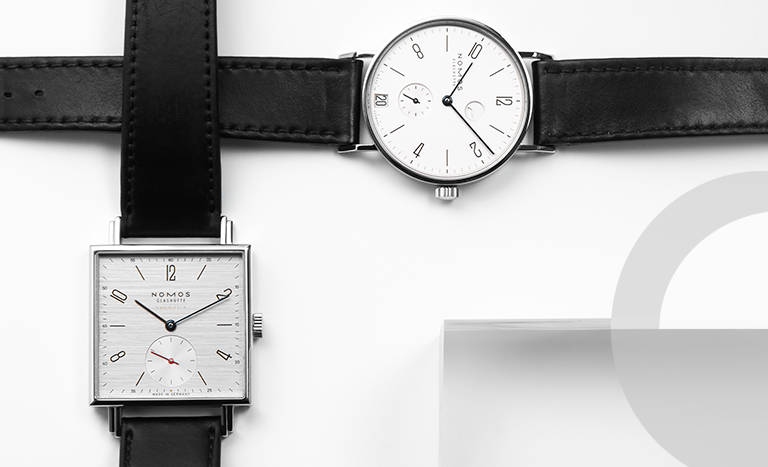 
The history and philosophy of the Bauhaus

The Bauhaus was founded in Weimar by Walter Gropius in 1919. he institution consisted of the Grand-Ducal Saxon Art School (German: "Großherzoglich-Sächsische Kunstschule") and the Grand-Ducal School of Arts and Crafts (German: "Großherzoglich-Sächsische Kunstgewerbeschule"), both located in Weimar. Here we can already see the novel approach that Walter Gropius pursued with the state-run Bauhaus. It was designed to bring art and craftsmanship together.

The pride separating members of the respective occupational groups should be eliminated. Basic craftsmanship was taught in order to achieve a deeper understanding of the various materials and objects that were important in the design process. Gropius was interested in giving these developments the necessary time. But the state parliament of Thuringia insisted on results. After a presentation was requested in 1922, the Bauhaus presented itself in a first exhibition in 1923 – which proved to be a phenomenal success. Oskar Schlemmer also performed his Triadic Ballet in addition to the lectures on art and technology by Wassily Kandinsky, among others. The model house "Am Horn", whose furnishings were a joint work of the various Bauhaus workshops, was regarded as one of the most important projects of the entire exhibition. However, approval of the avant-garde school was lost at the political level. The Bauhaus moved to Dessau in 1925. Intensive cooperation with the industry began at the new location and innovative Bauhaus furniture such as the "cantilever chair" was created. However, the decline of the state-run Bauhaus began with the victory of the NSDAP in the municipal elections in Dessau in 1931 and resulted in the closure of the institution a year later. Although the institution tried to remain in Berlin, it was forced to dissolve itself in 1933 as a result of further repression by the National Socialists.


Bauhaus and the link to watches

The Bauhaus concept continued in the work of the emigrated masters and students of the Bauhaus. Under the name "New Bauhaus", Lászlo Moholy-Nagy, known for his photographic experiments at the Bauhaus, continued the concept of the Bauhaus in American exile. After the end of the Second World War, interest in the forms and colours of the school resurfaced. In 1953, the Bauhaus style was further developed with new influences at the Ulm School of Design (German: "Hochschule für Gestaltung in Ulm") under the direction of Max Bill. In addition to furniture and everyday objects, watch models known as Bauhaus watches also appeared again and again. But was there really a watch designed at the Bauhaus? 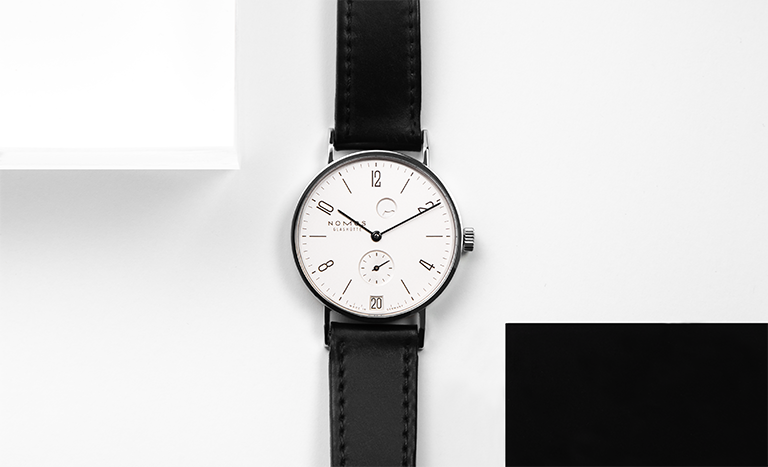 In fact, there are no documents or records that the Bauhaus was involved in (re)shaping watches. However, the watch brand Junghans makes an interesting association. The "Max Bill Edition" watch series is among its collections. Max Bill, a former student at the Bauhaus himself and later co-founder and director of the Ulm School of Design, developed the ideas of his Alma Mater and designed the famous kitchen clock in drop form with his students. This design was adopted by Junghans and became a classic in the late 1950s.

Special Bauhaus watches have also been offered by Nomos Glashütte and Junkers On the occasion of the Bauhaus’ anniversary, Nomos Glashütte reissued its Tangente model as a special edition. The typography of the numerals and colour accents on the minute series are based on the design of the Bauhaus. A clear Bauhaus influence can also be seen in the Tetra model by the traditional company from Saxony. The watch models are characterized by a straightforward case design and feature a variety of colours and geometric shapes. All of these attributes make these watch models very appropriate dress watches. However, these focal points can also be found in vintage models from Longines, Rolex or Omega. 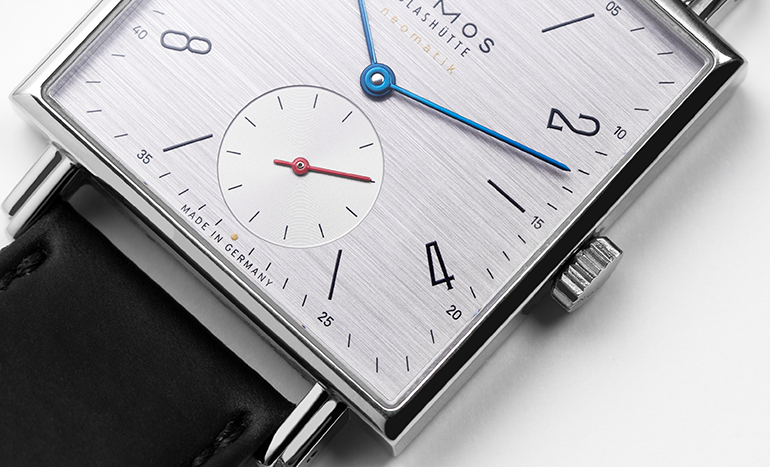 
Ultimately, it remains to be said that the memory of the Bauhaus and its contemporary influence is of great importance and that this movement constantly provides new impulses for design ideas and creations – even in the watch industry. If you decide to buy a second-hand watch, you should definitely consider a watch designed in the Bauhaus style if you are a lover of clear forms and simple design.