The history of the ETA SA and renowned ETA movements

If you take a closer look at watches and particularly at movements, you will quickly encounter ETA movements. Many of these movements are used in watches from brands belonging to the Swatch Group, but they also appear in a number of watches from other manufacturers. ETA offers a wide range of calibres – from standard movements to exclusive calibres with complications for luxury watches. Let's take a look at the success story of the Swiss company ETA and what makes ETA's movements so unique.


The origin of the ETA Manufacture Horlogère Suisse

The history of ETA SA Manufacture Horlogère Suisse is in many ways also the history of the Swiss watch industry. ETA itself originated from the partnership between Eterna and Ébauches SA. "Ebauche" is the term for the watch’s raw movement, which is completed by the watchmakers and modified according to their demands. Ébauches SA was a holding company founded in 1927, which brought together a number of the smaller movement manufacturers such as Unitas and Valjoux. Founded in 1851 by Josef Girard and Anton Schild, Eterna quickly grew to become a large watch manufacturer and one of the largest producers of raw movements, but in 1929 it began to suffer financial difficulties as a result of the Great Depression. This led to the aforementioned partnership, which also resulted in a split of Eterna. Since Ébauches SA, as the name suggests, was only intended for ébauche manufacturers, the watch manufacturer Eterna was absorbed into ETA SA.

When we speak of ETA SA today, we are referring to the company that unified several manufacturers in 1985 to produce raw materials. In the course of the year-long partnership between Eterna and Ébauches SA, the quartz crisis radically transformed the Swiss watch industry and ETA SA had officially become part of the Swatch Group. This enabled the Swatch Group to run ETA SA from a monopolistic position. However, since both smaller and larger brands were still dependent on ETA movements even outside the Swatch Group, the price supervisors of the Swiss Federal Department of Economy, Education and Research (WBF) required the Swatch subsidiary ETA to continue selling movements to third party brands. This led to tensions within the watch industry, as the Swatch Group was now supplying its competitors directly, but without being able to adequately regulate prices. As a result, there was a clear upswing among new watch brands that had benefited from this agreement.

The agreement reached in 2013 between the Swatch Group and the Swiss Competition Commission (Weko) expired at the end of 2019. ETA agreed to supply products, but the number of units would be steadily reduced and no further deliveries would be required after the end of 2019. In mid-2019, Swatch CEO Nicolas Hayek announced that he would stop supplying brands of the Richemont Group and LVMH Moët Hennessy - Louis Vuitton SE, but would continue to take responsibility for the Swiss watch industry. For the time being, this was not possible due to ETA's restrictions on supplying third party brands. The Weko intended to strengthen smaller movement manufacturers such as Sellita this way and hoped that large manufacturers such as Patek Philippe or Rolex would also be willing to invest in the existing structures of the Swiss watch market. However, Weko was met with resistance from the Swatch Group regarding its measures. 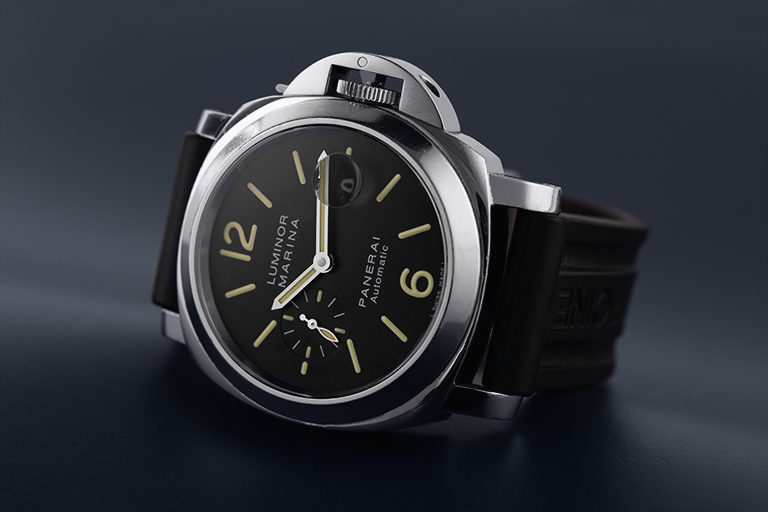 All movements from ETA are offered in four categories: standard, elaboré, top and chronomètre. The main difference concerns the regulation as well as the quality of the springs and shock protection. This also denotes ETA's range of variations: a calibre can be used in a standard watch or could power a certified chronometer in a luxury watch. In the standard versions, for example, the balance springs from Nivarox are used, while the premium versions have a temperature-regulating spring from Anachron. The mainsprings also vary: standard and elaboré movements use a Nivaflex NO, while top and chronomètre are fitted with a Nivaflex NM. The distinction is once again in the mixture of metals and temperature regulation.

Here, the classification is based roughly on the specifications. The 11 calibres in the standard Mecaline line are basic versions with a day-date display, while seven movements are specialized separately for chronographs (Mecaline Chronographs). The speciality movements (Mecaline Specialties) also include ultra-thin movements, perpetual calendars and other complications and are used in high-end luxury watches. These three series include all the mechanical movements currently supplied by ETA, the oldest designs of which date back to 1971 and the newest dating from 2000. 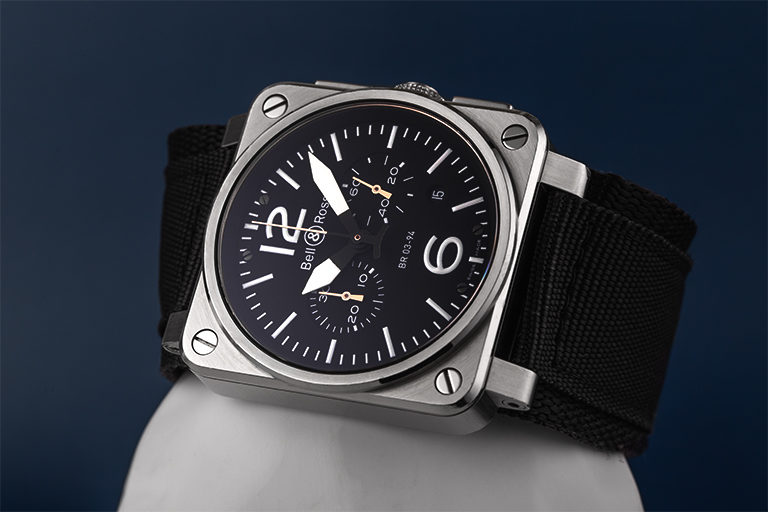 One can clearly see the value and dependability that has characterized all ETA calibres and given them an iconic reputation. For this reason, let's take a closer look at ETA's most famous movements.

Created as a Unitas movement for pocket watches, the ETA 6497 still has an impressive size of 36.6 mm and a thickness of 4.5 mm. In its standard version, the calibre 6497 is found in Glycine's watches, while the more exclusive version is used by Panerai. The history of this movement also accounts for why many Panerai watches are equipped with a small second hand. Turn the calibre 6497 so that the crown points to 12 o'clock and one will see that the small second at the 6 o'clock position, which is typical of pocket watches. Today, the ETA 6497 is sold as 6497-1 and 6497-2, both of which are manual winding. The ETA 6497-1 offers a 46-hour power reserve with a leisurely 18,000 vibrations per hour. The ETA 6479-2, on the other hand, is equipped with a mainspring, which is 10 cm longer and offers 53 hours of reserve power at 21,600 A/h.

Launched in 1961, the design of the calibre 2824 was inspired by the Eterna 1247, when self-winding movements were still in their infancy and the calibre 1247 not only introduced a real oscillating weight but was also mounted on a five-piece ball bearing to reduce friction. This concept was so revolutionary that Eterna symbolically integrated the ball bearing into its logo in the form of five dots. The calibre 2824 also incorporated this feature and packaged it in a 5 mm thick and 25.6 mm wide movement. It oscillates at 28,800 A/h and has a stop second. Most notably, brands such as Tudor, Hamilton and Rado often rely on the durability and accuracy of this calibre and its new edition released in 1982, the calibre 2824-2. Its robustness has also earned the movement the nickname "Panzer", which is the German word for "tank". 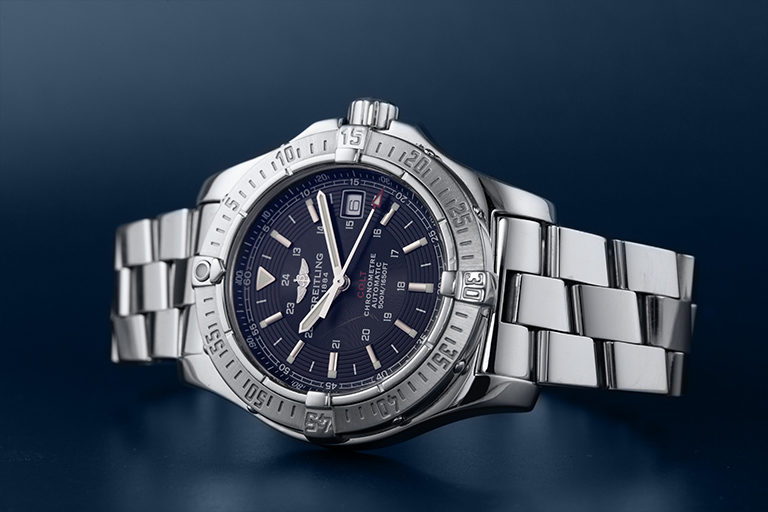 Since 1996, the calibre 2894-2 has been an integral part of ETA's product range and the basis for most calibres used in chronographs. It has a small second at 3 o'clock and a date at 4 o'clock. With a diameter of 28 mm, it is slightly smaller than the calibre 7750, but unlike the Valjoux 7750, it cannot be machined by a conventional watchmaker, but only in the ETA factory. If work is necessary, the entire calibre is usually replaced. Unlike the 7750, the calibre 2894-2 doesn't have an integrated chronograph calibre, but is modular, meaning that the chronograph mechanism is a separate module that is added to an existing basic calibre.

If one would ask a watchmaker about the most well-known chronograph movements, the ETA Valjoux 7750 will probably be mentioned. Its origin can be traced back to the movement specialist Venus that produced the first chronograph movements in Switzerland, which are still in high demand today. The movements were very labour-intensive to service, which is why they were eventually replaced by more cost-efficient calibres such as calibre 188. When Venus was acquired by Valjoux in 1966, this calibre served as the model for the Valjoux 7730 – the predecessor of calibre 7750.

The calibre 7730 had a manual winding, but with the help of computer-aided design, the Valjoux 7750 was developed as an automatic movement in the early 70s. Shortly after its arrival, it was laid to rest by the quartz crisis, before celebrating its revival in 1985 and subsequently powering numerous models from various luxury brands, including the Breitling Chronomat and the IWC Da Vinci. Following the merger between Valjoux and ETA, the movement is also known as ETA 7750 and has been used by Omega and TAG Heuer, among others, as the basis for their proprietary calibres.

Today, the ETA 7750 is available with numerous modifications and complications. The calibre 7751, for example, features a calendar and a moon phase to the chronograph, and the ETA 7753 offers the familiar dial arrangement with totalizers at 3, 6 and 9 o'clock. As the movement was too small for some models, ETA launched the oversized Valgranges line, which offers the same complications with the movement's diameter expanded to 36.6 mm. The qualities that make the ETA 7750 so popular have remained unchanged: an unfaltering work ethic, robust workmanship and the audible and tangible mechanics of a freely rotating rotor. 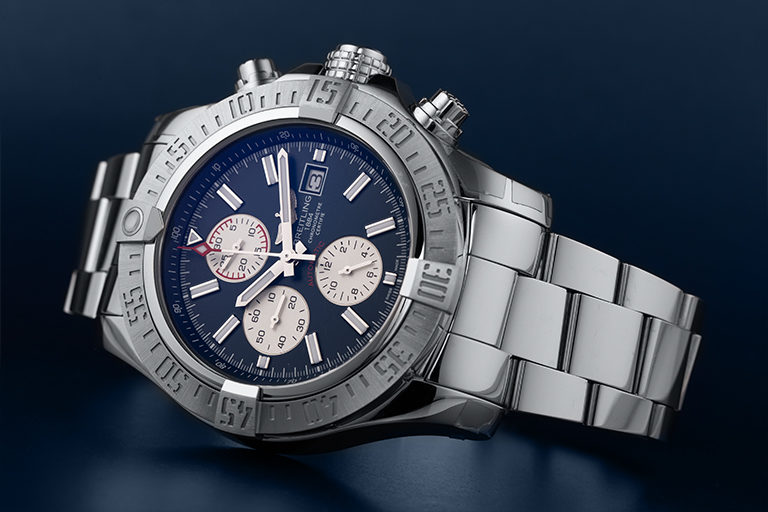