Gérald Genta: The man, the models, the myth

The name Gérald Genta immediately brings back memories for every watch enthusiast: Whether the Audemars Piguet Royal Oak, the Omega Constellation, the Patek Philippe Nautilus, or the Rolex King Midas – Genta worked for all the major brands and was a crucial factor in ensuring that watch designers gained status and attention in the industry and themselves became stars.


Who was Gérald Genta?

Born on 1 May 1931 as the son of a Swiss mother and an Italian father, Gérald Genta completed an apprenticeship as a goldsmith and jeweller in 1951. However, it should be a while before he had his first collaboration with a brand. At that time, it was not common for watch brands to employ designers directly. Brands, on the other hand, commissioned design from suppliers, who in turn hired designers to present individual parts or entire models, which were then proposed to the brands.

Genta therefore began his career at Universal Genève, one of the most famous Swiss manufacturers, where he had already created designs for Audemars Piguet, Patek Philippe or Omega, without these designs being directly associated with his name. Genta earned only 15 Swiss francs per design at the time, which led to a high output that he would maintain throughout his life: According to his own estimates, Genta designed around 100,000 watches over a period of 50 years. He made his breakthrough in 1954 when he designed an anti-magnetic watch that became the official watch of the Scandinavian airline SAS.

From Omega to Audemars Piguet

In 1960 Genta received his first exclusive order for Omega. However, many people assumed that he didn't contract with Omega directly, but with Omega's suppliers. The result of this collaboration was the Omega Seamaster and the Omega Constellation for which Genta designed various cases and dials. The watch market lives from a certain humility, which is why Genta always focused on the product and never promoted it through its name. For this reason, many of the models designed by Genta were not attributed to him until later.

Genta's style is both classic and confrontational. It reveals what has remained hidden until now. Genta's watches have hard edges and are not afraid to emphasize the mechanics of a watch. In his most famous designs, he turns the essence of a watch outwards. They are masculine watches that always reflect the work, technology and materials that have been invested in them. In none of his models does this philosophy become clearer than in the triumvirate of stainless-steel watches he produced in the 70s: the Royal Oak, the Nautilus and the Ingenieur.


A triumvirate of the luxury class

The Royal Oak, Nautilus and Ingenieur

Due to the quartz crisis, Georges Golay, then head of Audemars Piguet, was aware that Audemars Piguet had to try something new. He had the idea for something that had never been done before: a luxury watch made of stainless steel. He called Gérald Genta to him the afternoon before the Baselworld 1971 started and explained that he needed a design for a steel luxury watch for the Italian market by the next morning. So Genta had only one night and came to Golay the next morning with the design of the iconic Royal Oak. His idea was to apply the design of the old diving suits to a case. The result was a synthesis of many ideas that Genta had already played through in his earlier designs. The bezel is held in the shape of a porthole, which emphasizes the nautical element, but is shaped as an octagon. The screws are visible and no longer covered by the case. The bracelet is harmoniously integrated into the case, making it symbolically an equal part of the watch and no longer being limited to its function. 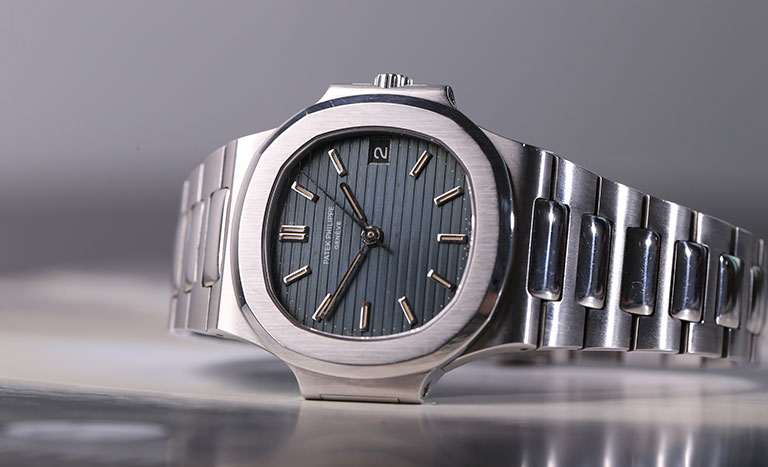 
The Audemars Piguet Royal Oak was the first luxury watch made of stainless steel and started a tradition that still continues to this day. Not that this was recognised back then. As with many geniuses, it took a while until time caught up with Genta's most famous designs. At that time, the Royal Oak was too large at 38 mm and too distinctive for a market that specialized in models with an average size of only 34 mm. But as the trend slowly changed to larger, more distinctive watches in the 1970s, the Royal Oak was rediscovered and both, the Royal Oak and Genta, were recognized as pioneers as they deserved.

1976 was another decisive year for Genta. First, he designed the IWC Ingenieur. Many of the characteristics of the Royal Oak can also be found in the Ingenieur. The screws are still naked and the bracelet remains integrated, but the round, voluminous bezel is not quite as iconoclastic as the octagon of the Royal Oak. In addition, the Ingenieur is antimagnetic thanks to the built-in Faraday cage.

In the same year, Genta also designed the Nautilus for Patek Philippe. Genta said the idea for the Nautilus popped into his mind when he watched Patek Philippe's management eat at Baselworld. On the one hand, this idea may seem very arbitrary, but on the other hand, the end result is far from that. The bare screws of the Royal Oak and the Ingenieur have disappeared and given way to a high-quality satin bezel. The shape of the bezel is similar to the Royal Oak and the Ingenieur's porthole of a ship, but in practice more oval. The most distinctive feature of the Nautilus, however, are the two "wings" on the side of the case.


Independence and the Bvlgari Bvlgari

Shortly before Genta designed the Royal Oak in 1971, he also established his first own brand "Gerald Genta". This step evolved him from a designer to a producer and he started designing his own watches. In 1981, for example, he created an automatic movement with minute repeater, which was fitted in a case only 2.7 mm thick.

In the 80s Genta also designed the Bvlgari Bvlgari for Bvlgari. For the bezel, Genta was inspired by Roman coins in which the face of the emperor was surrounded by double lettering. Also, the design of the case, based on a cylinder, refers to antiquity. Especially the columns, which were an important part of all Roman temples, should be represented here. Bvlgari first reacted with scepticism to Genta's design, but the watch quickly became a bestseller. 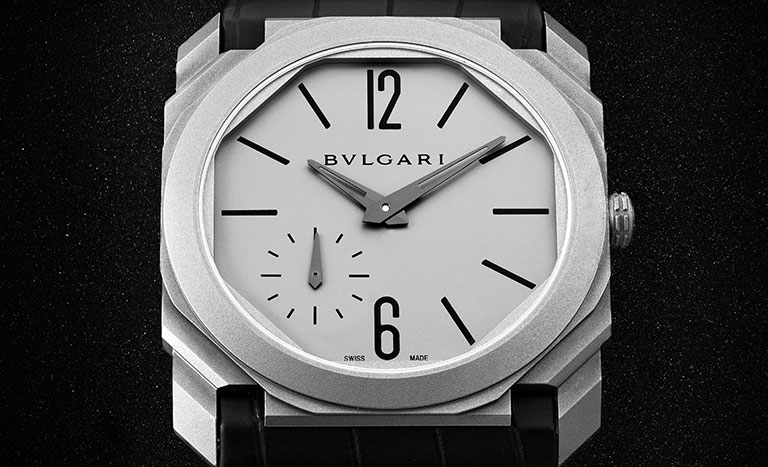 
In 1994, Genta designed a Grande Sonnerie for its own brand – a watch that strikes time every hour and repeats hours and quarters every 15 minutes without the wearer having to wind it up. For some, it might be acoustic terror, for most a technical high performance. Genta sold the Grande Sonnerie Retro, the most complicated watch in the world at the time, for 1 million US dollars.

Genta, however, saw himself more and more as an artist than a CEO and so it happened he sold his brand to an Asian bank in 1998 before it was later acquired by Bulgari. Genta then devoted himself to painting, which was always his true love and influenced his design accordingly. In 2001 Genta founded his own brand again, Gérald Charles, which he sold again a few years later.

Genta died in 2011 at the age of 80. However, his most famous models have survived him and still enchant their wearers around the world today. Genta was never afraid of imitators – quite the opposite. "If you're not imitated, you're incompetent," Genta amuses himself in an interview. And incompetence is certainly the last thing Genta would be associated with.