The German Watch Industry after the Second World War

Many people are unaware that the dominance of Swiss watchmakers on the market is largely due to their neutral position during the Second World War. While the USA and Germany had to scale back their production in order to keep up with armament orders, Switzerland was able to resume production immediately after the war and thus establish a monopoly that remains unchallenged to this day.

The Watch Industry in the Second World War


The Second World War changed the entire industry, especially in Germany. After the First World War, the watch industry recovered slowly before a new, healthy watch industry developed, especially in Glashütte (with companies such as A. Lange & Söhne, Uhren-Rohwerke-Fabrik AG (UROFA) and Union Glashütte) and in the Black Forest (with manufacturers Junghans and Kienzle). Smaller cities such as Pforzheim were also able to establish a name for themselves thanks to watchmakers such as Laco and Stowa. During the Second World War, however, this situation changed drastically. 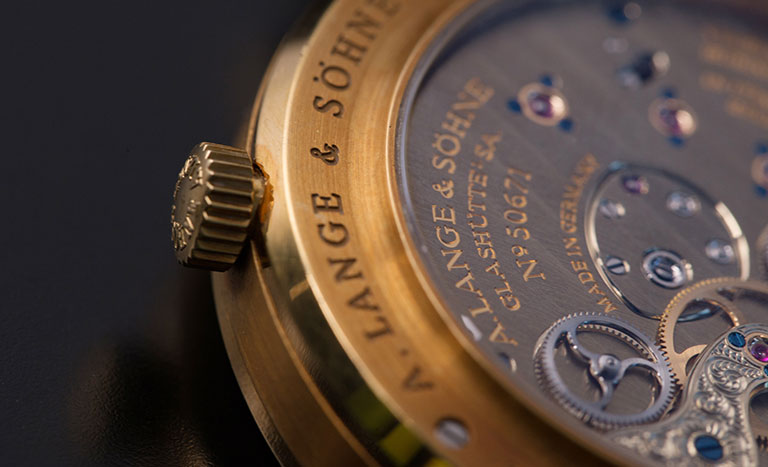 During the war, the focus was mainly on navigation or deck watches (in German, “B-Uhren”), which were used by the German Luftwaffe. The specifications for these watches were specified by the Reich's Ministry of Aviation. During the Second World War, many watchmakers such as A. Lange & Söhne, Bifora, Junghans and Wempe made voluntary efforts to obtain armament orders and began to manufacture precision watches for aircraft and ships as well as detonators for bombs and torpedoes. In Glashütte and the Black Forest, prisoners of war were used as forced laborers in production. This also made the companies the target of air raids, so that the factories were destroyed, for example those of A. Lange & Söhne and Wempe.


After the war, the watch industry slowly began to reorganize itself. The companies in Glashütte that had not been bombed were transferred to Moscow as reparations. The remaining factories were nationalized in 1951 as the "Volkseigener Betrieb (VEB) Glashütter Uhrenbetriebe (GUB)" (translated literally, a "Company of the People"), as a result of which the individual brands such as A. Lange &ammp; Söhne disappeared from the market. In Pforzheim, which was almost completely destroyed during the war, reconstruction work also began quickly. Laco was able to resume production in 1949, while Stowa moved to Rheinfelden on the border to Switzerland.

Bifora, whose factory was not affected by the bombs, was able to resume production immediately and presented the Calibre 103 SA, which was the first German automatic movement, in 1951. That same year, Wempe was re-founded under the leadership of Hellmut Wempe and succeeded in bringing Rolex to Germany in 1953. The company also sold its own series, such as the Zeitmeister.


The 1960's marked a clear upward trend in the watch industry. The industry was versatile enough for most companies to build a monopoly. Junghans designed the best chronometers in the 1960's and was even official timekeeper at the 1972 Summer Olympics in Munich. Hanhart a small company in the Black Forest, became the official supplier of the German Luftwaffe, Federal Armed Forces and German Navy. Kienzle, the oldest German watch brand, specialized mainly in the production of car timepieces and supplied Mercedes Benz, Porsche, BMW, Audi, Aston Martin and Jaguar, among others. The Frankfurt brand, Sinn which was recently founded in 1961, primarily supplied products for industry and racing, while pilot chronographs and diver watches were likewise sold. 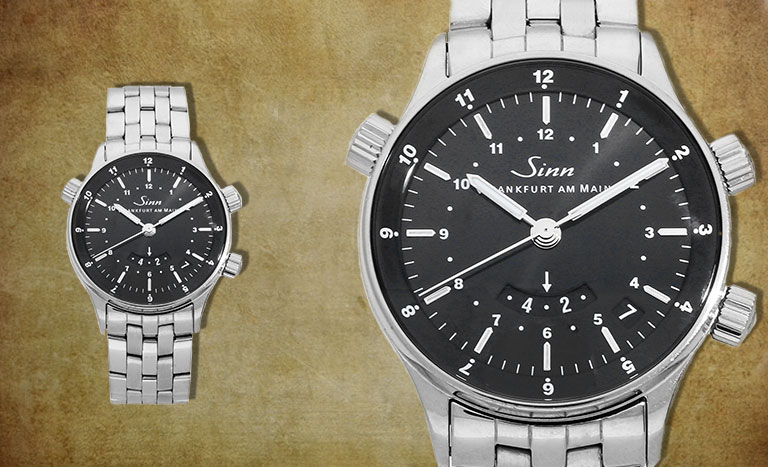 The situation was more complicated in the old industrial towns. In Glashütte, they switched to serial production and succeeded in maintaining the standard of quality. Well-known series included the Spezimatic (1960 – 1978) and Spezichron (1978 – 1985). In 1967, the company merged with Uhrenfabrik Ruhla and VEB Uhrenwerk Weimar to form VEB Uhrenkombinat Ruhla. The situation was also tense in the Black Forest. Although Junghans, Hanhart and Kienzle continued to be successful, rising operating costs and wages as well as the pressure to switch to industrial production put the local watch industry under pressure.

The Fall into the Quartz Crisis


If the situation was already tense, it finally escalated when the new quartz watches from Japan replaced mechanical watches in the 1970's. This also led to a new status quo in Germany. Bifora had to file for bankruptcy and Laco vanished into obscurity, while Stowa in Pforzheim partnered with six smaller watch factories to face the difficult market situation together. Hanhart and Kienzle lost their main contracts and returned to wristwatches. Kienzle eventually began to produce quartz watches, and, together with Dugena became one of the most successful German watch companies at the time. In Glashütte and the Black Forest, the company was also forced to switch completely to the production of quartz watches, which resulted in the bankruptcy of numerous traditional manufacturers. Glashütte, once a master of mechanics and luxury watches, now produced watches such as the "Meisteranker". These were sold to the West, where they were offered as inexpensive watches by large mail-order companies such as Quelle and Tchibo.

Only after the fall of communism did some of these areas regain their former prestige through new investors. This laid the foundation forr German watch manufactures and the watch industry as we know it today.