Haute Horlogerie: The concept of the high art of watchmaking

Whether Haute Couture, Haute Cuisine or Haute Horlogerie – even less francophile might assume that a certain degree of grandeur, craftsmanship and performance is linked to these terms. Important to note is that the concepts mentioned above were invented to define new tendencies that stand out from the majority of mediocrity. Haute Horlogerie in particular – or the „high art of watchmaking“ – first was used in the 1970s to separate Swiss craftsmanship from the inexpensive Japanese quartz watches.

"Swiss Made" vs. Haute Horlogerie

Unlike labels such as "Swiss Made" which stand for a similar quality, Haute Horlogerie furthermore strives for elegance and technical perfection. Complications and complex decorations such as Côtes de Genève are often essential to the movements and require extensive experience and expertise when it comes to production. The regulations are not as strict as those for Haute Couture where the criteria a company must fulfil in order to use this term for advertising purposes is legally determined. However, there are also some conditions to be met by companies in the Haute Horlogerie.

The Fondation de la Haute Horlogerie was founded in 2005 to encourage the art of watchmaking and ensure high-quality standard of watches. The initial three founding members, Audemars Piguet, Girard-Perregaux and the Richemont Group, have now grown into a group of 28 members dedicated to maintaining the art of Haute Horlogerie and to developing solutions to problems the watchmaking industry is facing.

Quality features of an Haute Horlogerie company include aspects of tradition and authenticity, training and technical expertise, refinement as well as complications which will be further described below. 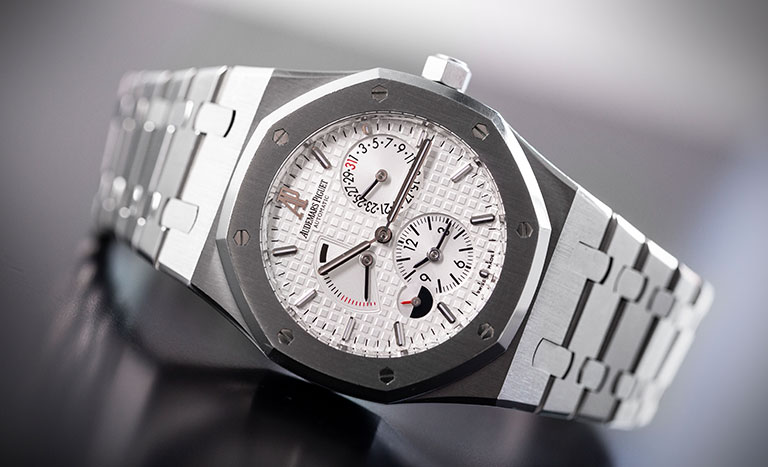 For maisons, an ongoing history and the continuation of the founder’s philosophy play an important role. For all other parties, emphasis is put on an authentic, well-documented story that is unique to the brand. Furthermore, it is important for brands to be committed to innovation in the art of watchmaking. Last but not least, the brand’s past will be examined: Is the company’s history stored in archives or maintained through a Heritage collection?

As previously mentioned, the decoration of the movement is one of the most important elements when it comes to Haute Horlogerie. Experts refer to it as "finissage". Apart from engraving, there are several other special techniques:

These methods are highly complex and usually taught to watchmakers personally. This specific training is also an important aspect for brands considered to be part of the Haute Horlogerie. Audemars Piguet, for example, is teaching its watchmakers the art of angling by hand. 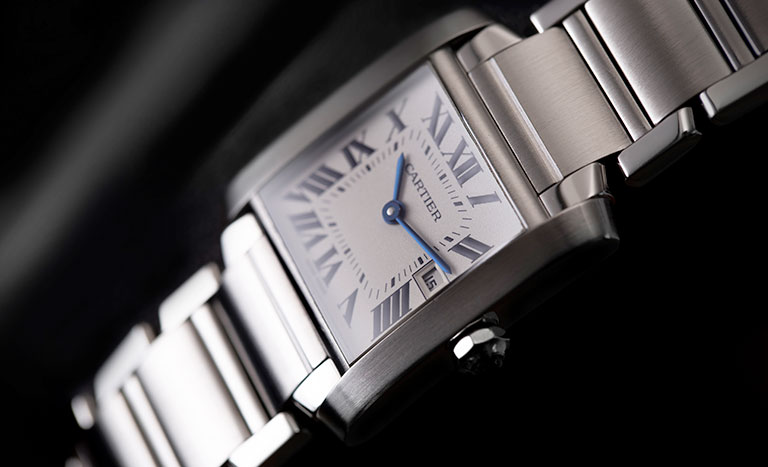 Since these decorations cannot be seen externally – except when a watch has a skeleton dial or a view back – there are quality labels for luxury watches such as the Poinçon de Genève (Hallmark of Geneva) which guarantees the high quality of the movement and is commonly used by brands such as Cartier, Chopard or Vacheron Constantin.

However, one single complication usually is not enough for a watch to be qualified for the high league of Haute Horlogerie. Chances increase with the number of complications which is why many watches often contain several of them. Watch manufacturers often label such models or entire series with the addition Grande Complication. One example is Patek Philippe’s Grand Complications series which demonstrates the brand’s craftsmanship by combining sophisticated complications in one watch. An example of this series is the highly complex Grand Complications (Ref. 5207P-001) featuring a minute repetition, a perpetual calendar and a tourbillon.

Jaeger-LeCoultre has made itself a name among the watch brands for its ultra-thin watches which are an entirely different challenge for watchmakers. With a thickness of only 10.7 mm, the Jaeger-LeCoultre Master Ultra Thin Tourbillon (Ref. 1322410) truly does its name justice. Although the watch is so thin, Jaeger-LeCoultre has managed to find space for a tourbillon which can be seen through a skeleton dial. The tourbillon is one of the most complex and functional complications. It compensates for the errors caused by gravity by evenly distributing them over the rotation levels.

Vacheron Constantin launched the Malte series in 2000 as the flagship for its own complications. Starting in 2008, there was a stylistic change and the focus shifted to tonneau cases. The result, for example, is the Vacheron Constantin Malte Dual Time (Ref. 47400/000R-9101) which allows you to keep an eye on two different times at the same time. There is also a day and night indication as well as a gear indicator to remind you to rewind the automatic movement.

Mentioned earlier, A. Lange & Söhne is one of the German luxury watch manufacturers of the Haute Horlogerie. The masterpiece of the Saxon maison is the Lange 1 launched in 1994 (e.g. Ref. 101.021). The design of the dial as such is legendary: the asymmetrical totalizers and the large date are captured by subtle, graceful horizontal and vertical lines that create a harmonious order within the dial. The eye-catcher, however, is the view back that reveals the three-quarter plate shimmering in gold and decorated with Glashütte stripes. Another highlight is the engraving which not only reveals its individual watchmaker, but also illustrates that every watch is handcrafted by A. Lange & Söhne. 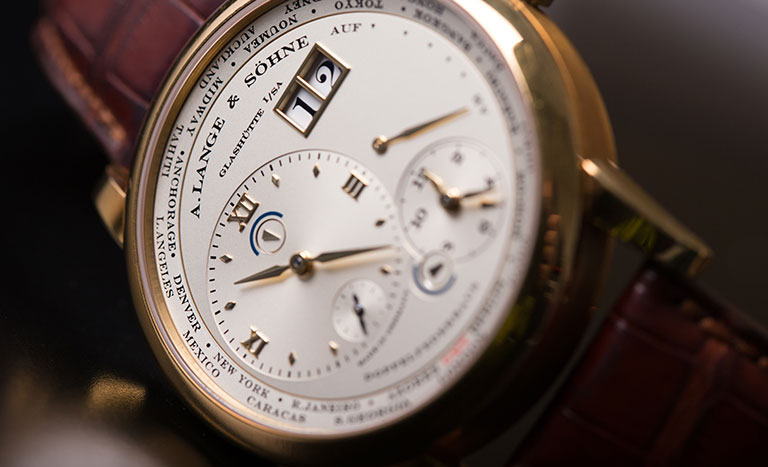