Historic watches: The Steve McQueen Submariner, the next record watch?

The Steve McQueen Submariner, the next record watch?

In 2017, the sale of the Paul Newman Daytona thrilled the watch world: at a historic auction at Phillips in New York, the watch reached a record sum $ 17,752,500 (£ 13.500.000), far surpassing previous estimations. Now the auction house has unexpectedly conjured up another treasure that makes the hearts of connoisseurs and collectors beat faster: In December, a Rolex Submariner 5513 owned by Steve McQueen was auctioned. It was given away by him to his favourite stuntman Loren Janes. Revenues between $ 300,000 and $ 600,000 (ca.£ 328.000 – 456.000) are expected – but forecasts for the Newman Daytona were similar. Instead of selling the watch directly, Phillips has deliberately decided to wait until the end of the year to give the watch the publicity it deserves. The watch is considered one of the most important vintage watches of all time.

Newman and McQueen have a lot in common: both were talented actors, both were enthusiastic racers, both shared the love of luxury watches. Whether McQueens Submariner produces similar surprising prices remains to be seen. Another McQueen Submariner with the reference 5512 was already sold for $ 234,000 (ca. £ 178.000)  in 2009. It is certain, it will be exciting! 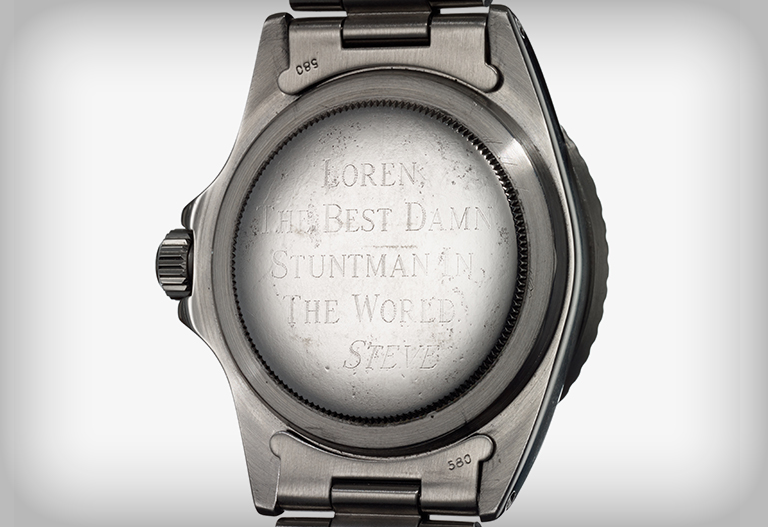 What do we know about the McQueen Submariner?

The Submariner with reference 5513 is a timepiece with a long history. It was bought and most likely worn by Steve McQueen in the 1960s. In the 1970s, he gave it as a token of appreciation to his friend and stuntman Loren Janes. Over several decades, he acted in 19 of his films in some of the most iconic stunts scenes for him. McQueen had „LOREN, THE BEST DAMN STUNTMAN IN THE WORLD. STEVE“ engraved on the back of the watch. The two had worked together in films such as „Bullitt“, „The Getaway“ and „The Thomas Crown Affair“. Over the years in his career, Janes had taken stunts for nearly all the big names in Hollywood of that time, earning himself a place in the Hall of Fame.

The watch remained in Janes private property until his death in 2017 and was regularly worn by him and held in honour. In 2016, his house and 17 others fell victim to the Los Angeles forest fires and the Rolex watch was lost. However, Jane’s wife and daughter found it in the ashes of the house. The fire had damaged it so much, so they had to sent it to Rolex, hoping that the watch could have survived the fire. The kind of work done by Rolex remains a mystery. However, it is clear that the McQueen Submariner had been rescued. Interestingly, the dial of the watch is not an original 5513 dial. Its a matte dial that actually belongs to a 5512 and had been replaced, according to Rolex. It is likely that the exchange took place while the watch was in Janes‘ possession. However, the authenticity of the watch is confirmed. It is auctioned off with a cover letter from Loren, who testifies that the watch was a gift from Steve McQueen. At the same time, there is also a letter from Rolex that praises the extraordinary quality of the watch and its overhaul at Rolex. 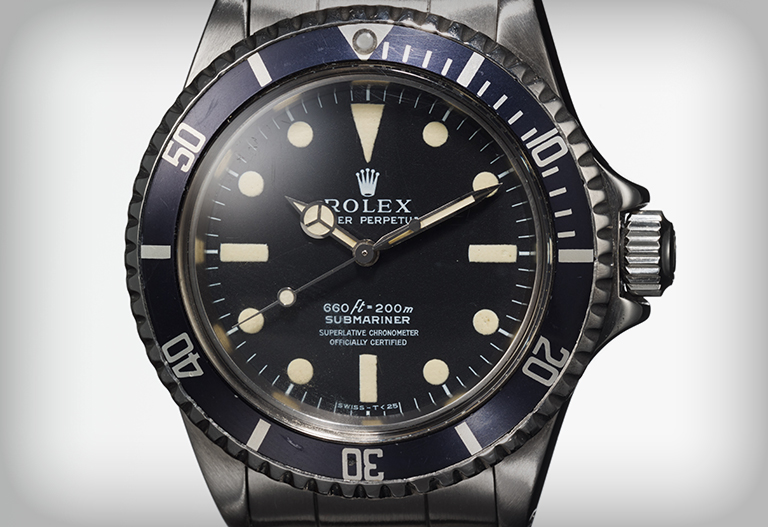 The Submariner was sold by Michael Eisenberg, who also added a historically authentic, shiny 5513 dial and matching hands. The watch can therefore be worn as it most likely looked on the Steve McQueen wrist in the 1960s. In addition to historical watches Eisenberg also interested in film props and personal possessions of important personalities. He has a considerable collection, which includes, for example, the racing suit McQueen was wearing in „Le Mans“.

He had received the watch directly from McQueen’s family, who also received part of the revenues. Another part will benefit „Boys Republic,“ a charity organisation that was very close to Janes.

However, it is not only exciting to see at what price the hammer will ultimately fall. The Crucible of the McQueen Submariner is yet another testament to the excellent quality of Rolex watches; By saving them, the watch world will receive an iconic copy that will make a splash this year. 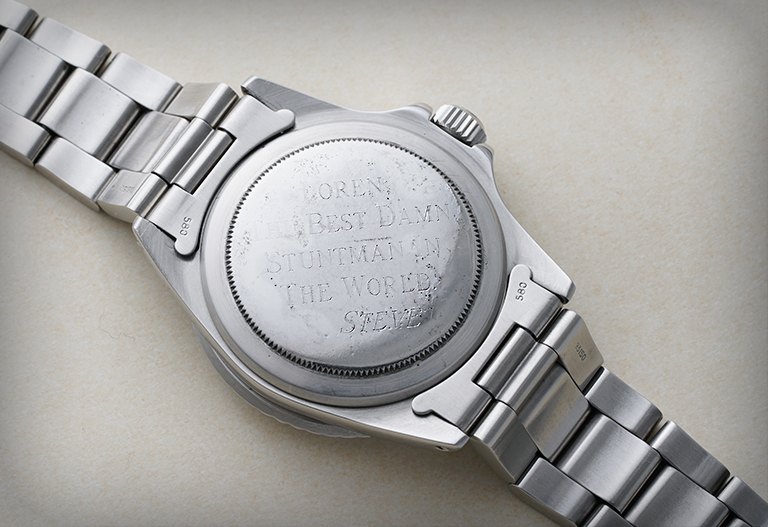 © All images in courtesy of Phillips