From SSIH to the largest watch group in the world: How the Swatch Group rescued the Swiss watch industry


From the SSIH to the largest watch group in the world

In order to understand the importance of the Swatch Group for the Swiss watch industry and its current position, it is helpful to become acquainted with the founding members and their history. Everything began with the Société Suisse pour l'Industrie Horlogére SA (SSIH) and the Allgemeine Schweizerische Uhrenindustrie AG (ASUAG).

Strong together: Omega and Tissot form the SSIH

The Société Suisse pour l'Industrie Horlogére SA (Swiss Watch Manufacturers Association, or SSIH for short) was established as a collaboration between Tissot and Omega. Tissot relocated its main operations to Russia before the Russian market collapsed during the October Revolution in 1917. It managed to reorganize until the global financial collapse in 1929 finally brought the entire watch industry to a standstill. Omega and Tissot formed an alliance at the time when Paul Tissot-Draguett, who had been trained at Tissot, became Omega's Chief Executive Officer in 1930. 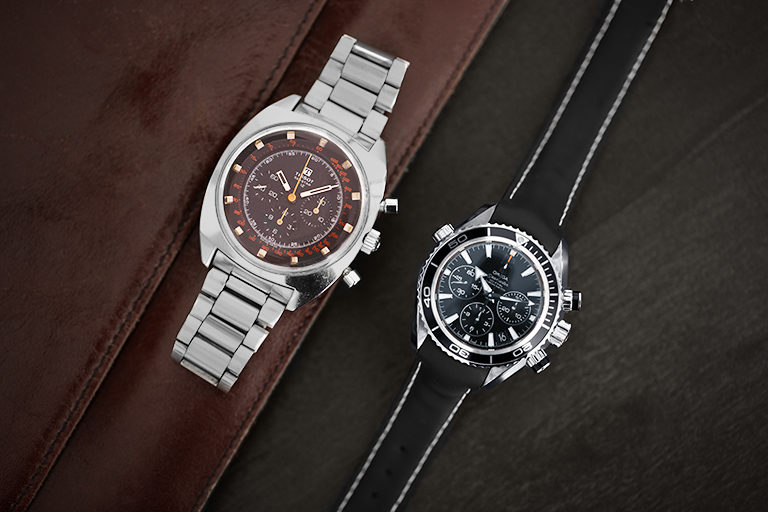 
In 1930, the two companies merged to form a holding company. This was the birth of the SSIH, which resulted in a wider product range, an increase in production and the preservation of both companies. Omega concentrated on the luxury watch market, while Tissot produced for the mid-range price segment. In 1932, the watch and movement manufacturer Lemania was also added to the holding. The knowledge acquired for the production of movements and complications was to help Omega develop its sports watches and paved the way for the Speedmaster series.

The formation of a Swiss watch cartel

As a response to the global economic crisis, another group was founded alongside the SSIH in 1931 – the "Allgemeine Schweizer Uhrenindustrie AG" (Société Générale de l'Industrie Horlogère Suisse SA), or ASUAG. This group was comprised of the producers of raw movements and other watch components. In the 1920s, these companies were faced with a problem of their own: the chablonnage. That was the name given to the export of Swiss raw movements and their designs and stencils for further manufacture abroad. In order to prevent other countries from simply exploiting and copying Swiss innovations, the manufacturers in the watch industry reorganized themselves as a cartel. Individual manufacturers united into the Fédération Horlogère (FH), while the Ébauches SA brought together raw movement manufacturers and the Union des Branches Annexes de l'Horlogerie (UBAH) formed to organize the suppliers of other watch components. The formation of the cartel enabled the chablonnage to be controlled, although not completely stopped. This eventually led to a request for state intervention, which resulted in the creation of ASUAG through federal financial aid in 1931. This further strengthened the Swiss watch cartel. The same year, Ébauches SA became a member of ASUAG, which gave the group full control of the production of raw materials. Shortly afterwards, the Swiss state declared that the export of blanks to be subject to authorization. This encouraged the absorption of all manufacturers of movements and watch components into ASUAG. In 1971, the General Watch Co. was established, which served as the holding company for all the watch brands that ASUAG had acquired over the years. These included Certina, Endura, Eterna, Hamilton, Longines, Mido and Rado. 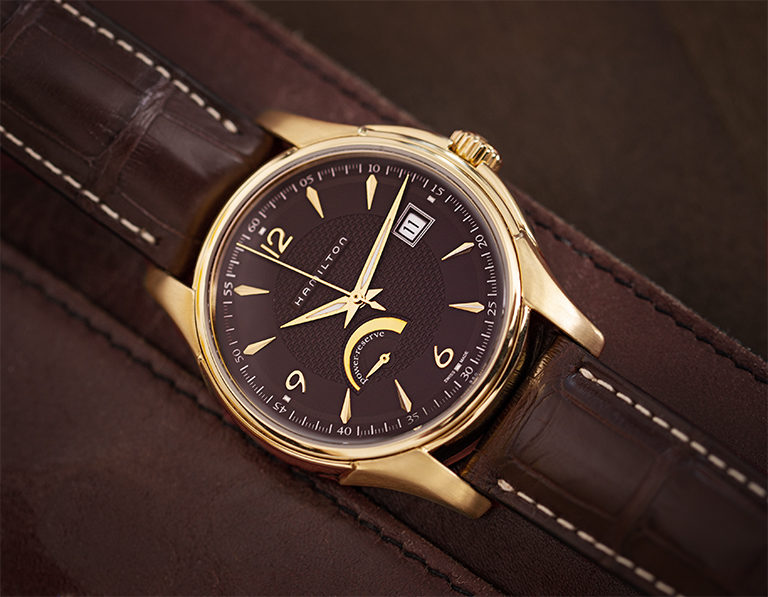 Troubled times: The establishment of the Swatch Group

SSIH and ASUAG worked hand in hand and employed about half of the people in the German watch industry in 1979. While ASUAG produced movements and other watch components, SSIH was responsible for the distribution of the watches. This eliminated the previously prevalent competition between the small companies and allowed the two to grow steadily. However, the emergence of quartz watches led to the quartz crisis in the 1970s. Export figures of Swiss companies fell considerably and jobs were consequently cut. Along with the rest of the Swiss watch industry, the two supercorporations were faced with the prospect of collapse in 1980.

After the banks had invested considerable sums in the SSIH and ASUAG between 1981 and 1983, but felt unable to save the companies, they approached Nicolas G. Hayek for an expert opinion. Among other proposals, his consulting firm Hayek Engineering suggested that ASUAG and SSIH be united in a holding company in order to make them profitable again. This was implemented in 1983 and gave birth to SSIH-ASUAG, which was renamed the Société de Microélectronique et d'Horlogerie SA (SMH) in 1986 and has been known as The Swatch Group AG since 1998.


The Swatch: A quartz watch provides relief from the quartz crisis


The Swatch resulted from the collaboration between Nicolas Hayek and Ernst Thomke and quickly developed into a bestseller: In 1984 the sales target was set at 2.5 million units, which was easily surpassed with 3.7 million units sold. The cheap quartz watch that once brought the watch industry to its knees was now their salvation. Swatch relied on fully automated production and reduced the number of components from 91 to only 51 components, which greatly increased the profit margin.


Following the success of the Swatch, the company turned its attention to the other brands, which had previously undergone logistical reforms, but still maintained their old brand images. In 1990, Hayek restructured the board of directors and brought the brand managers of all the larger brands on board. The objective was to find the appropriate segment for each brand, so that they would no longer compete with each other and instead increase the image of the Swatch Group.

The path to luxury

In 1992, the Swatch Group acquired Blancpain, one of the oldest watch brands in the world, thus adding a prestigious and traditional company to the group. However, Blancpain remained in the manufacture of mechanical watches, despite the trend to quartz watches. It was decided that Omega should move into the luxury market to compete directly with Rolex. This was done by drawing on resources from Rado, which had come to embody a futuristic spirit and had made a name for itself, most notably in China. Soon Omega would assume Rado's position in the Chinese market, while Rado and Longines would be repositioned as entry-level brands offering affordable luxury. 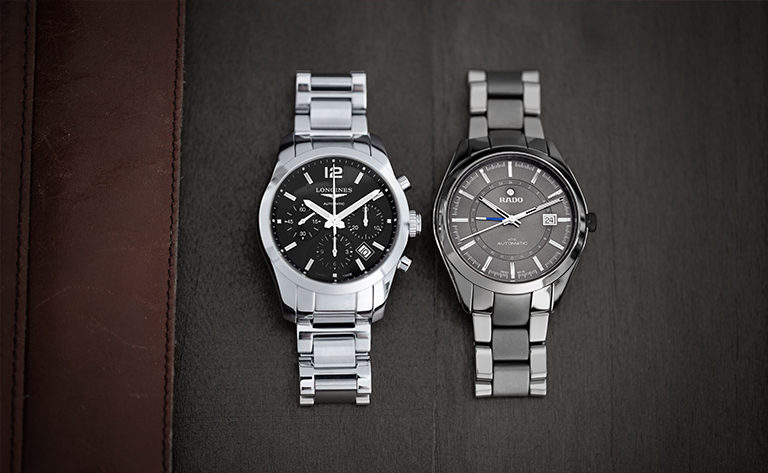 
During the following years, the Swatch Group continued to acquire other luxury watch brands in order to strengthen its own brand profile. Léon Hatot (in 1999), Breguet (in 1999), Glashütte Uhrenbetriebe (in 2000) and Jacquet Droz (in 2000) also became part of the Swatch family. All four offered excellent craftsmanship and a history rich in tradition, but had not yet found their own niche in the watch market. Using the marketing know-how of the Swatch Group, the companies became internationally renowned. This went hand in hand with the centralization of movement production within the Group during the 2000s. The Swatch Group also made its mark in the distribution of luxury watches. The group quickly began to set up boutiques for its major luxury brands. In 2006, an agreement was signed with Tourneau to establish multi-brand boutiques called Tourbillon in exclusive locations and luxury department stores, where Swatch Group watches would be distributed.


A series of success: The Swatch Group today 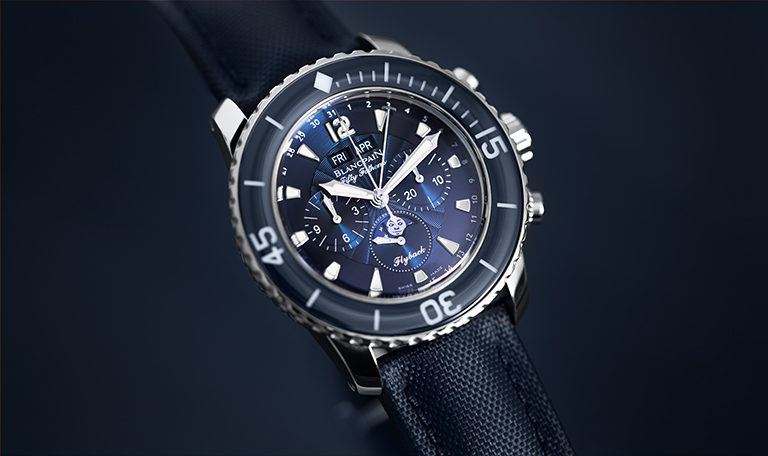 
In 2019, the Group focused on expanding its market share in Japan and the USA. Blancpain, which ended 2018 with record sales, is expected to continue to grow, particularly thanks to the Fifty Fathoms model. Omega, which celebrated the 50th anniversary of the moon landing, also successfully launched selected exclusive models. Regarding technical innovations, the group introduced the Nivachron balance spring in 2019. This means that every Swatch Group watch is now antimagnetic as a result of using either a silicon or the Nivachron balance spring. This will allow the Swatch Group to continue to stand out from their competition.

2020 will go down in the history of the world as the year of the coronavirus. As the pandemic causes events to be cancelled worldwide, the watch industry is also struggling with the consequences. For example, in addition to the largest jewellery and watch fair Baselworld 2020, the Swatch Group cancelled its "Time To Move" event scheduled for March 2020, however, this will not completely stop the Swatch Group from introducing new watches online. For example, the Swatch Group's website released the Swatch X 007 Tribute Collection as the latest part of the James Bond Tribute series on February 26, 2020, the new Hamilton PSR on March 18, 2020 and the new Jaquet Droz Grande Seconde Skelet-One on April 7, 2020. Given the current situation, however, it remains to be seen when the Swatch Group will present the new models from their luxury brands like Omega or Breguet.