The five most important calibres by Jaeger-LeCoultre

Founded in 1833, the Swiss watchmaker Jaeger-LeCoultre has built an excellent reputation over time and earned the unofficial title of the "watchmaker among watchmakers". The more than 1,200 Calibres developed in-house have certainly played a part in this reputation. Since a complete listing of the movements would probably result in a multi-volume manifesto, we would like to focus on just a few of the best and most intriguing movements from the Grande Maison. Let's have a look at the most legendary calibres by Jaeger-LeCoultre.


The beginning of something special

The skills and expertise needed to build movements were acquired by the founder Antoine LeCoultre himself. In 1844, he succeeded in developing the first measuring instrument, the so-called "Millionomètre", that was accurate to one-thousandth of a millimetre. Thus, the foundation for the intricate movements of the watchmaker was laid. By 1880, Jaeger-LeCoultre was already considered the specialist for complicated movements and employed almost 500 people within a matter of years. The rapid rise of the company continued and a series of records followed: in 1903, the company was able to introduce the world's thinnest movements in a mechanical watch (1.38 mm), a chronograph (2.8 mm) and a watch with a repeater (3.2 mm). This was followed by the thinnest ladies' watch movement (in 1946) and the thinnest automatic movement in the world (in 1964). Whether it was the world's smallest quartz movement or the Hybris Mechanica à Grande Sonnerie presented in 2009 and, at the time, the world's most complicated wristwatch, the brand's achievements have never stopped. Now, let's have a look inside the timepieces of Jaeger-LeCoultre.


The most important Jaeger-LeCoultre calibres

No one can dispute that Jaeger-LeCoultre is truly a company of the highest order. For example, the smallest mechanical movement in the world today comes from JLC. The proprietary Calibre 101 measures a mere 14 mm long, 4.8 mm wide and 3.4 mm high. It is almost unimaginable, but this is roughly equivalent to the size of two to a maximum of three match heads. The history of this movement dates back to the years between the two world wars, when women were particularly fond of small watches. In 1929, the company responded to the demand of its customers by producing a watch with the tiny hand-wound Calibre 101 movement based on a two-layer Duoplan baguette calibre.

The hand-wound Calibre 101 by Jaeger-LeCoultre at that time, although a little larger than today's, are still impressively small. The Calibre 101/4, the latest version of the movement, is composed of 98 individual parts that can only be assembled by the most talented and skilled watchmakers in the world. The crown is located on the case back of the watch in order not to disrupt the clear contours of the case. At the heart of the 101, a hairspring vibrates a full 21,600 times per hour. Due to the fragile and complicated construction of the Calibre 101, the watch of the same name is also the only Jaeger-LeCoultre model that does not have to pass the 1,000 hour test. All other watches are put through their paces for 41 days and 16 hours.

Since its release in 1929, only some 2,000 watches have been created with the Calibre 101 to date. Each year, Jaeger-LeCoultre can only produce 50 units of the Calibre 101, most of which are already sold or earmarked for jewellery. The list of owners is accordingly exclusive and includes Queen Elizabeth II among its members. The Queen of England wore a Jaeger-LeCoultre 101 with a diamond-studded bracelet to her coronation in 1953. In 2012, she received a new version of the 101 from the masters at the Grande Maison as a gift to mark the diamond anniversary of her coronation over 60 years before. 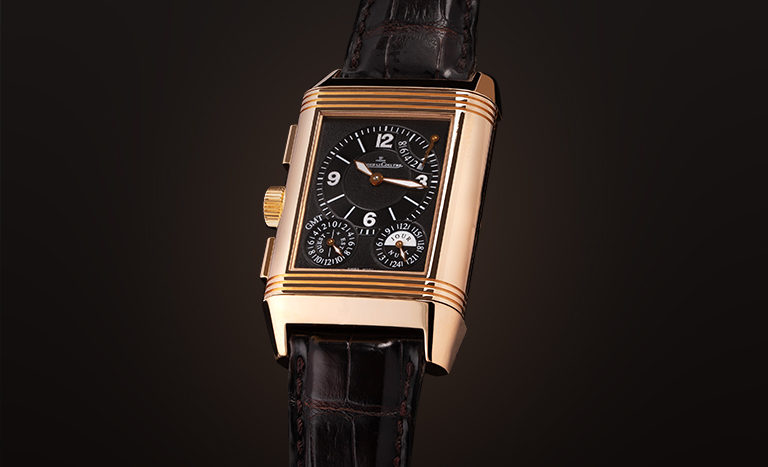 First place for the Calibre 978

With its diameter of 30 mm and a thickness of 7.1 mm, the next calibre seems almost gigantic compared to the 101. However, the Calibre 978 is one of the world's thinnest automatic calibres featuring a tourbillon. As early as 1907, Jaeger-LeCoultre began developing ultra-thin watches, which eventually resulted in the creation of the renowned Calibre 978. Embedded in the Jaeger-LeCoultre Master Ultra Thin Tourbillon, this movement, composed of 302 parts, provides an impressive power reserve of 45 hours despite its thin construction.

Exactly ten years ago, to mark the 50th anniversary of the Musée international d'horlogerie, a chronometry competition was held for the first time since 1972. As a tribute to the past observatory competitions, the best manufacturers of luxury chronometers were invited to participate in a competition at the "Concours international de chronométrie 2009" in Le Locle. Jaeger-LeCoultre not only took first place in this competition, but also took second place as well – scoring 909 and 908 points respectively. The narrow, but well-deserved champion was the Master Ultra Thin Tourbillon with the Calibre 978 beating inside and, with a rate deviation of only ± 0.13 seconds per day, Jaeger-LeCoultre has created one of the most precise mechanical watches in the world. To put some perspective on how outstanding this performance is: a rate deviation of up to 6 seconds per day is considered "normal".

A veritable whirlwind: The Calibre 174

As you might have guessed, the next calibre is the second-place winner of the chronometry competition in 2009, which was won by the Jaeger-LeCoultre Reverso Gyrotourbillon 2 with its proprietary Calibre 174 that is made up of more than 300 components and incorporates a highly complex mechanism. With its spherical hairspring, the Calibre 174 is a further advancement of Jaeger-LeCoultre's hairspring technology.

The unique feature of this calibre is the Gyrotourbillon, which can also be found in some other models. This is a multi-axial tourbillon whose rotation not only gives the calibre its minimal sensitivity to position, but also attracts the eye. The movement of the 174 has two tourbillon cages and rotates on two axes.

The Calibre 174, which is already more isochronal as a result of the rectangular shape of the Reverso is further enhanced by the integration of the Gyrotourbillon, which makes it a fascinating movement from Jaeger-LeCoultre offering a power reserve of 50 hours. The Reverso Gyrotourbillon 2 is limited to only 74 watches, making it a particularly rare and expensive watch. Consequently, a Reverso with calibre 174 is a worthwhile investment. 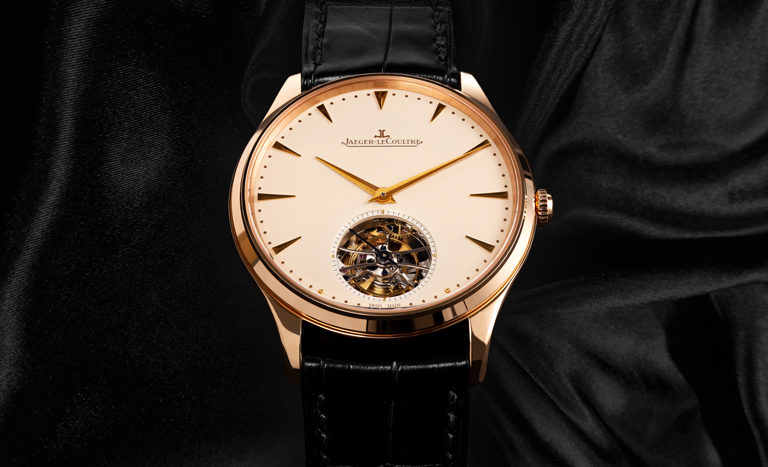 A "perpetuum mobile" is a mechanism that can power itself indefinitely without any further action – the Holy Grail for many industries. On January 15, 1936, Jaeger-LeCoultre unveiled a watch that would come suspiciously close to this mechanical feat. The Jaeger-LeCoultre Atmos, a decorative table clock, can run for centuries without having to wind the movement once. This is made possible by the impressive Calibre 562, which draws much of its required energy from its environment. A temperature change of only one degree is enough to keep the Atmos' movement running for 48 hours. This fascinating mechanism makes use of the temperature-related changes in chloroethane gas. If the gas expands or contracts, the resulting energy is stored in a mechanical spring. Since this energy is hardly sufficient, the Atmos' movement is additionally driven by a torsion pendulum. This has both advantages and disadvantages. For example, there is not a single Atmos clock with a second hand because of the low amount of energy generated. However, due to its slow rotation, it is no problem to install an additional display for month and moon phase. Many watch enthusiasts believe that Jaeger-LeCoultre deserves a place among the "Holy Trinity" of watches because of this impressive development.

Precursors of the Atmos had been built as early as the 17th century and made history as gifts for kings. Although the mercury-driven mechanisms of that time are now obsolete, the current Jaeger-LeCoultre Calibre 562 pays homage to a long and rich history of innovation. One of the first timepieces to draw its energy from variations in temperature was known throughout Europe as "Eltham Perpetuum". It was built by the inventor and engineer Cornelis Drebbel and, although named erroneously by today's standards, was called "Perpetuum mobile". Nevertheless, both an English king as well as a Bohemian emperor enjoyed the engineering of the Dutch genius. 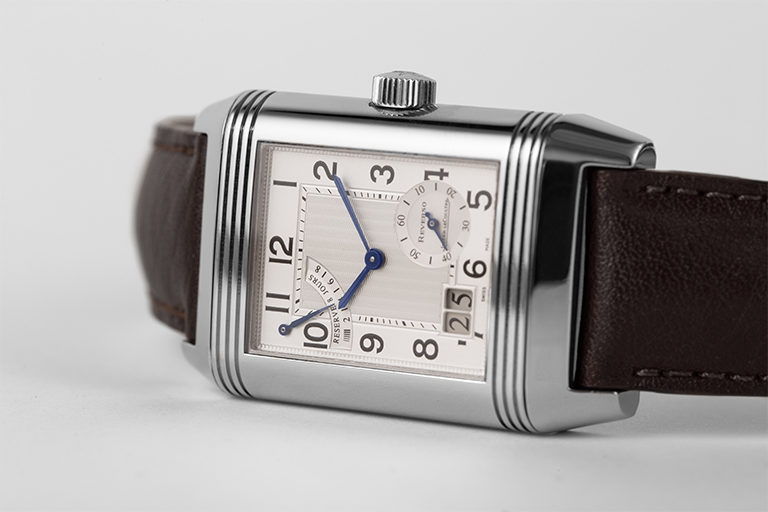 The ringing machine: The Calibre 815

There are times when you simply need a wake-up call. This might be by a loved one metaphorically or literally by a physical ringing of an alarm clock. The Jaeger-LeCoultre JLC 815 was the first automatic movement with alarm function.

This movement was first introduced in 1956 in the Jaeger-LeCoultre Memovox (Ref. E853). The calibre is equipped with a repeater alarm and was also used shortly afterwards in 1959 in the Jaeger-LeCoultre Deep Sea Alarm (Ref. E857). The Calibre 815 features a double barrel with an automatic winding for the time of day and manual winding for the alarm function. The movement beats at a frequency of 18,000 vibrations per hour, has a Glucydur balance wheel with an automatically compensating spiral spring and has a total of 17 jewels. The JLC 815 also featured a 45-hour power reserve and delivered 20 seconds of alarm tone.

In 1966, the JLC 815 evolved into the Calibre 825, which allowed an additional date window to be added to the dial. In contrast to previous Jaeger-LeCoultre self-winding watches, both calibres have a central second hand and are not driven by a rotor, but by a so-called bumper movement. This calibre had to be placed close to the case back, where the hammer for the alarm was located. Only in 1969, a movement with a classic oscillating weight was introduced with the JLC 916 calibre.