TAG Heuer and motorsport have been inextricably linked since the early days of the company, in particular as a result of company head Jack W. Heuer's enthusiasm for the discipline. In motorsports, innovation is always key. No matter how advanced a design, the future can catch up and surpass it at any time. So it is not surprising that TAG Heuer has always led the way in revolutionary innovation. Here, we would like to share some of the legendary TAG Heuer calibres with which the brand has made a lasting impact on the history of watches.

Calibre 11 – a party that was nearly a flop

March 3, 1969 was to be a day of celebration – but the celebration nearly did not take place at all. Breitling, (TAG) Heuer, Büren and Dubois-Dépraz had announced that they would unveil the result of a collaboration on this day. At the same time in Geneva and New York, the first chronograph movement with an automatic winding was to be introduced – but they could no longer be the "first". Their competitor Zenith had already launched its El Primero on January 10 of the same year, however, the public had taken little notice. So one can speak of luck in disguise for this joint venture, which was able to elicit a broad response and attract the necessary interest due to the elaborate presentation of the Calibre 11 Chronomatic.

Of course, titles are not everything. Both calibres, the El Primero and the Chronomatic, marked the pinnacle of technical achievement in the art of watchmaking at the time. In TAG Heuer's Calibre 11, the tension spring is not wound by a central rotor but by an external rotor. Calibre 11 was then installed in the TAG Heuer Monaco. As with many other watches in movies, it gained widespread popularity through the feature film "Le Mans" with Steve McQueen, again strengthening TAG Heuer's links to motorsport. 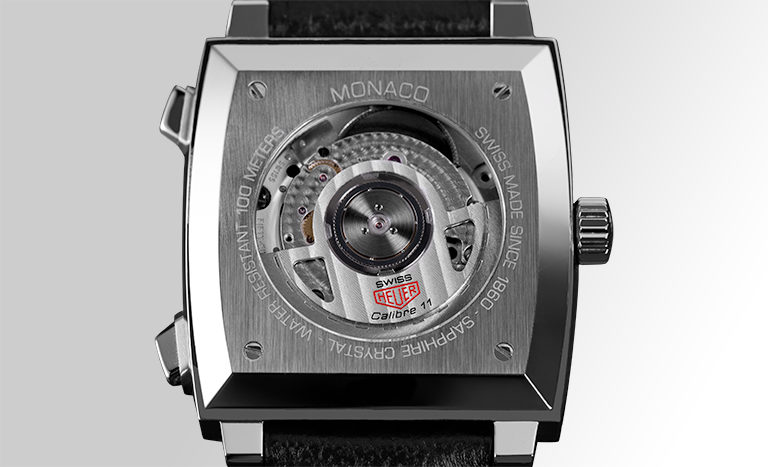 TAG Heuer decided to celebrate its 150th anniversary with a grand premiere. The TAG Heuer Carrera 1887 was the first chronograph with a movement manufactured entirely in-house. However, the term "in-house" caused some discussion, as the Calibre 1887 was based on the calibre 6S37 from the Japanese watch manufacturer Seiko. Both companies signed an agreement that TAG Heuer would receive the European license to use and further develop the 6S37. In 2006, the company decided to take this step, although belonging to the Swatch Group meant that it was possible to choose from a large number of extremely high-quality calibres, such as Zenith's calibre 36. However, the company wanted to be independent of its suppliers and the movements that were available.

The TAG Heuer Calibre 1887 consists of 320 components and has a chronograph function with a centre second hand, minute counter at 12 o'clock and hour counter at 6 o'clock. The workmanship of the movement was awarded the prize for the best watch in its class up to 5,000 CHF by the expert jury of the Grand Prix d'Horlogerie de Genève – the Oscars of the watch industry. 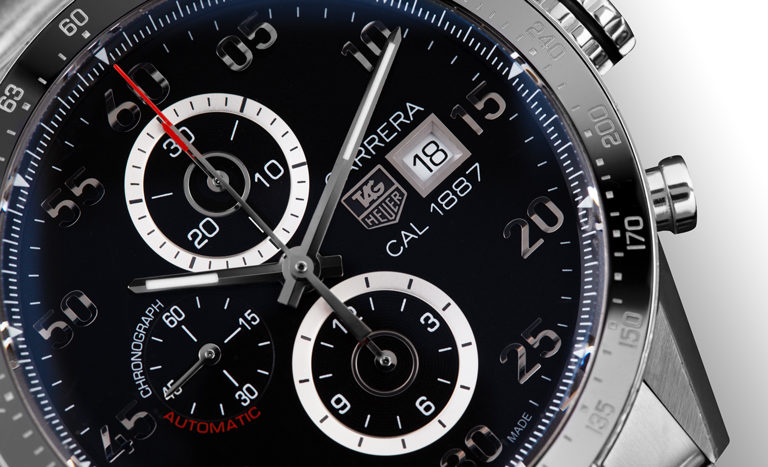 The Calibre Monaco V4 – a new type of drive

TAG Heuer is not only a sponsor or timekeeper in motorsports: the company also draws inspiration from the technology behind the cars. A notable example of this is the TAG Heuer Calibre Monaco V4, launched in 2004 as a concept watch. This model included two innovative features: five timing belts were used instead of the classic drives, and a flywheel mass was developed that moves linearly between V-shaped cylinders. Experts and watch fans were enthusiastic about the concept, but doubted that it could be implemented in series production. However, just in time for the 150th anniversary of the company, a revised model of the V4 was presented, which was limited to only 150 pieces.

The Calibre S – a compromise between electronics and mechanics?

The arrival of inexpensive quartz watches from Asian markets left its mark on the traditional practices of Heuer. Even though company boss Jack W. Heuer had correctly assessed the potential of quartz watches and intended to respond to this development with clever marketing and his own extraordinary models with quartz movements, the company rapidly lost market value. In 1982, the great-grandson of the company's founder was forced to sell the company and in 1985, the company merged with the TAG Group to become TAG Heuer.

The company has nevertheless maintained its commitment to innovation and has since developed the Calibre S, a movement that features both mechanical and electronic elements. The result is highly precise watch models with a sophisticated mechanical standard. The dial of the models with a Calibre S has two modes: the first is a watch mode showing a descending date with a perpetual calendar and the second is the chronograph mode. In this mode, individual, intermediate and successive times can be recorded with an accuracy of a hundredth of a second. 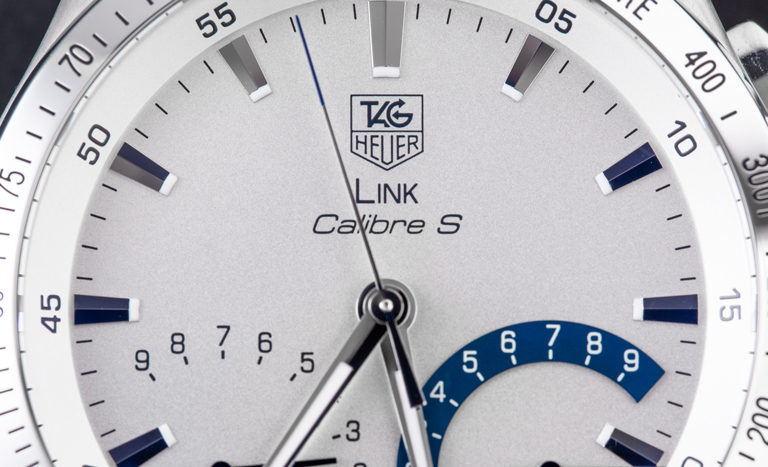 To this day, TAG Heuer continues to strive for cutting-edge innovation. After releasing a new, manufactured chronograph, the HEUER 02T Calibre was launched shortly afterwards. It housed a COSC-certified automatic chronograph with a flying tourbillon. The movement was intended to be not only elaborate, but also impressive in terms of technology and price. The challenge was integrating the chronograph function, barrel and tourbillon into 32 mm. The company developed an optimized production process and a team of four watchmakers hand-produced the tourbillon. The outcome was an extremely lightweight chronograph made primarily of titanium and carbon, with a power reserve of 65 hours. It is the only certified automatic chronograph manufactured in Switzerland and costs less than 15,000 CHF.