In times of GPS and satellites, it is hard to imagine how complicated and time-consuming it used to be to determine your own position. In the past, celestial navigation was used for this. If you want to get a feel for this method of navigation, you can buy a Longines Lindbergh, which Longines launched as a tribute to Charles Lindbergh. Lindbergh was a pioneering American pilot who won the prestigious Orteig Prize at the age of 25 when he managed to fly from Long Island to Paris without stopping in 1927.

The flight was risky as Lindbergh didn’t use radio navigation and wasn’t proficient in celestial navigation at that time. So he resorted to so-called dead reckoning, which determines the present position based on the course and speed. The problem with dead reckoning is that the errors can mount up and a pilot can deviate more and more from their course. Lindbergh avoided this by also tracking his position with landmasses, islands or other objects in order to stay on the right course. After Lindbergh defied icy conditions and survived a blind flight through fog for several hours, he finally landed safely in Paris. Thus, his name went down in the history books. The flight time was officially announced in Paris by John P.V. Heinmüller, who was an American manager at Longines and would later witness the design of the first Lindbergh watch at the company.

Because once he had overcome the daring flight, Lindbergh never wanted to take such risks again and collaborated with Longines to produce a watch that would enable safe and precise navigation. Contrary to the legend, this was not Longines’ first pilot's watch. Longines developed this together with Philipp van Horn Weems and marketed it as the “Weems Navigation Watch”. In fact, there is even a tribute model today in dedication to Weems. Lindbergh studied under Weems and designed the Longines Lindbergh so that Weems' theories could be put into practice. 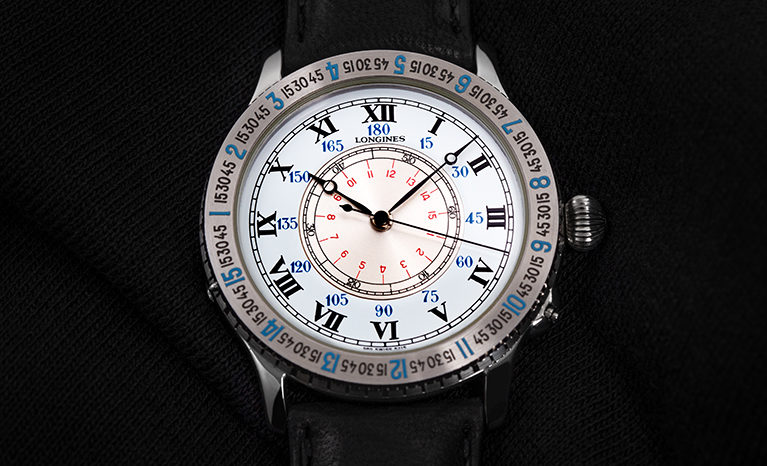 
How to read the dial of a Longines Lindbergh watch

Weems was a pioneer of celestial navigation, i.e. navigation using stars and other celestial objects. This is an incredibly complex and theoretical area, but the basic idea behind it is very simple. Pilots could still calculate their latitude during the flight. But to calculate their longitude – the angle to Greenwich's prime meridian – they needed the help of the hour angle, which is an angle that indicates the difference in time between Greenwich and another position on Earth. Instead of degrees, however, this angle is initially given in time, which you must then convert back to degrees. To do this, you need to be able to read the Longines Lindbergh dial.

The maths behind it is simple. The earth rotates 360 degrees every 24 hours, i.e. by 15 degrees every hour. This is indicated by the Lindbergh hour hand and can be read based on the blue 15-degree intervals on the internal bezel. For even greater accuracy, you can also factor in the minute hand. Every four minutes it makes a 1-degree rotation (i.e. 15 degrees in one hour), which you can read on the external bezel. Additionally, you can achieve even greater precision with the second hand. Each revolution of the second hand is equal to 15 degrees, so each second is equal to a sixtieth of 15 degrees and thus a quarter of 1 degree, so 0 degrees, 0.15 degrees, 0.30 degrees and 0.45 degrees. This can be read using the black numbers on the external bezel, which are located between the individual blue degree markings.


Calculation of the position using the hour angle

What you need to keep in mind when using the Longines Lindbergh are the time zones and the difference between GMT and solar time. In simple terms, it can be explained as follows: in Greenwich Mean Time (GMT) each day is exactly 24 hours long. It is the time that we use as a baseline to organise our lives around. However, if you want to determine your geographical position, you must first determine your solar time. Solar time means that not every day can actually have the same length, because the earth does not always orbit around the sun in the same way due to slight variances. The difference between GMT time and solar time is the so-called equation of time. You can check this the equation of time in an astronomical almanac (or online) and adjust it by moving the bezel. Let’s assume it is 5 PM on 15 May 2019. The equation of time is plus four minutes, so we turn the bezel four positions clockwise. If the equation of time is negative, turn the clock counterclockwise. 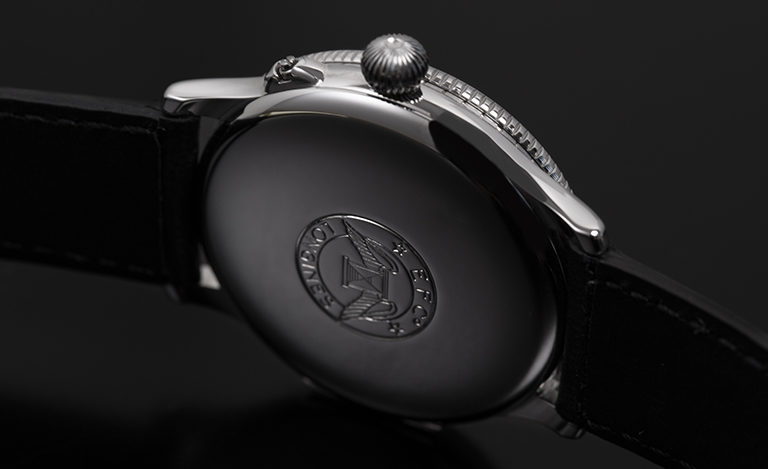 
Nowadays, navigation is much easier and watches like the Longines Lindbergh have been replaced by various GPS systems. Accordingly, Longines removed the words “Hour Angle” originally used in the name of the series and now only use the name “Longines Lindbergh” for this historical series. In particular, vintage and anniversary models of the Longines Lindbergh series can still go for around €5,000 to €30,000 on the secondhand market today.