Wound up: The 5 most complex calibres in Haute Horlogerie

Many brands such as Hublot, Vacheron Constantin and A. Lange & Söhne offer watches with complex, high-quality movements in their product ranges, but have still not made it onto the exclusive list of the most complex calibres in Haute Horlogerie. Only the best of the best is on display here – these technical masterpieces have earned their place.


How is the complexity of a calibre measured?

What exactly distinguishes the works of art in this list and makes them the models with the most complex calibres? On the one hand, there’s the factor of quantity, i.e., the number of parts and the variety of complications that the timepiece contains.

On the other hand, creativity and innovation should shine through, as well as the will of the maker to invest time and resources over the long term to develop a watch that stands out from the crowd for its exclusivity and uniqueness. Watchmaster is proud to present the top 5 most complex movements in Haute Horlogerie.


The most complex Haute Horlogerie calibres

Cartier's Mystery Watches are innovative optical illusions that play with gravity. These watches have been a part of Cartier's tradition since the 20th century and returned to production in 2014. Launched in 2016, the Rotonde de Cartier Astromystérieux Caliber 9462 MC (Ref. W1556249) is available for € 173,000 and is limited to 100 pieces. In comparison to the other watches in this list, the 9462 MC calibre does not stand out for its quantitative characteristics, but rather for its innovation. The tourbillon is the centre of the movement and floats as if weightless in the middle of the dial. It is powered by a complex sapphire disc system that transfers the energy evenly to the tourbillon. The movement consists of 408 parts, including 188 balls and 25 jewels, and is individually numbered. 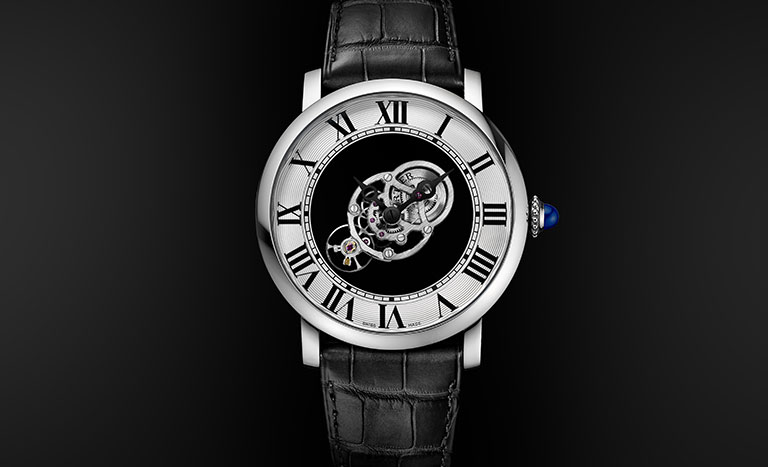 2009 was a standout year for complex wristwatches. It started with the Hybris Mechanica à Grande Sonnerie (Ref. 6033420) by Jaeger-LeCoultre before being followed by Franck Muller's Aeternitas Mega 4, which has also secured a place on this list. With 1406 parts within a mere 44 mm, the Hybris Mechanica à Grande Sonnerie with the calibre JLC 182 doesn’t have to hide. The highlight of the movement is the Grande Sonnerie, which can play the famous melody of the bells of Westminster in full length. Furthermore, this model offers a Petite Sonnerie, a perpetual calendar and a power reserve of 50 hours for the movement and chime mechanism. It was priced at $1.5 million.

The third and first places are not taken by classic wristwatches, but by two elegant pocket watches, which offer more room for more complex movements and a variety of complications.

Originally, Patek Philippe "only" planned a replica of the Henry Graves Supercomplication from 1933 for the company's 150th anniversary in 1989 – before deciding to think a little bigger. After five years of research and four years of production, the Caliber 89 was created, which has only been produced four times. It was one of the first watches so complex to create that it was designed using a CAT system. With a weight of 1.1 kg and a diameter of 89 mm, it’s also gigantic in appearance. It consists of 1728 individual parts, which form 33 complications and, in addition to the classic monthly and yearly displays, also contains a lunar and solar phase display, thermometer, star map and equation of time.

Franck Muller is not known in the industry as the "Master of Complications" for nothing. The aforementioned Aeternitas MEGA 4 (Ref. 8888 GSW T CC R QPS OG) showcases the art of organizing multiple complications in a compact space and is considered the most complicated wristwatch in the world.

The technical director of this work of art was Pierre-Michel Golay, a master mechanic who designed each of the 36 complications and their arrangement by hand. The 42 mm Cintrée Curvex case in white gold features a chronograph, a reverse date and day, a perpetual calendar, Grand and Petite Sonnerie, a flying tourbillon, two additional time zones and a rattrapante, an additional seconds hand also known as a split-second chronograph. The movement consists of 1438 parts, including 99 jewels and 91 wheels. The Aeternitas Mega 4 was unveiled in 2009 and priced at over $2.4 million. 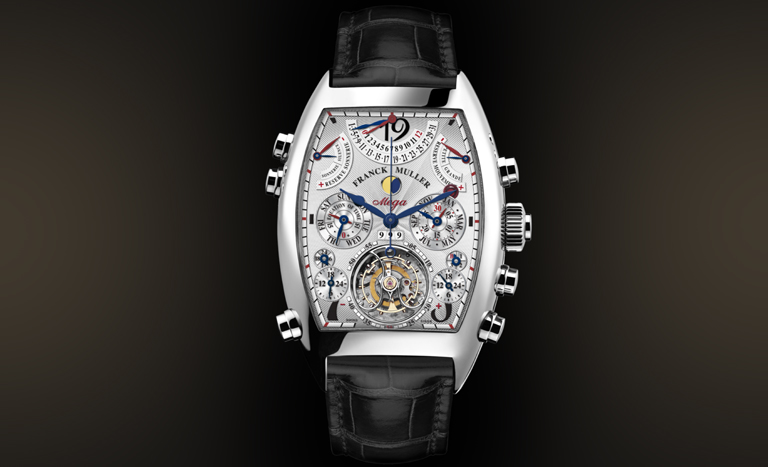 Vacheron Constantin made the model that dethroned Patek Philippe's Caliber 89 on September 17, 2015. The pocket watch with the Reference 57260 was manufactured over a period of eight years by three master watchmakers and consists of 2826 parts and 31 hands. It weighs 957 grams, is approximately 5 cm thick and has a diameter of 98 mm. The watch was a commissioned timepiece; the name of the customer and the selling price have been kept secret. However, it is speculated that the price of this watch exceeds $10 million. The Caliber 3750 has 242 jewels, a power reserve of 60 hours and 57 complications. In addition to the more well-known complications such as GMT, tourbillon and chronograph, the watch also features five calendars (perpetual, astronomical, Hebrew and religious calendars as well as lunar calendars), alarm and Grand Sonnerie as a sound complication.