They just run and run: The most powerful watch movements

The beauty of collecting watches is the breadth of the passion. One can concentrate on so many individual aspects that come together in a watch. Does the design of a watch move me? Or the history of its brand? Is it the icons that I look up to who have worn the same model? Or am I passionate about the technical side? For those who are interested in the technical aspects and want to know more about the drive inside of the watches, we have prepared this list of the most powerful watch movements. Of course, there are calibers that have phenomenal values such as a power reserve of 31 days, as in concept watches like the Cartier ID Two. However, we will focus on efficient calibers that have proven themselves during their long production period or that impress with their suitability for everyday use and just keep running.


Powerful calibers and their stories

A motor for the crown: The Rolex Caliber 3135

Rolex is virtually synonymous with robustness and precision. The Caliber 3135 made by the Swiss watch manufacturer has played a large part in this reputation and has certainly earned a place among Rolex's greatest achievements. Since 1988 the brand with the crown has been using this powerful movement, which is one of the most important Rolex calibers, and has only made a few modifications to it ever since. 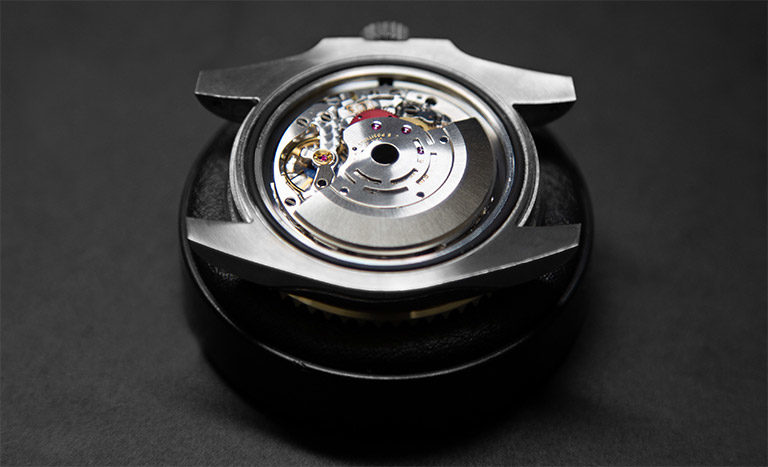 
Unlike many of its competitors' movements, Rolex does not use moving parts such as ball bearings in its movement. The rotor is embedded in 31 synthetic rubies. Therefore there are only minimal signs of wear. Another feature of the caliber is the blue Parachrom hairspring, which was first introduced by Rolex in 2005. Thanks to its alloy, the oscillator, which is also the watch's regulator, can withstand temperature fluctuations and shocks many times better than previously. The power reserve of 48 hours does not reach record values, but is more than sufficient. The deviation of approximately 2 seconds per day, on the other hand, is one of the best values for everyday mechanical watches. This can be attributed to the 28,880 half oscillations per hour.

The all-rounder: The ETA Valjoux 7750

The history of the ETA Valjoux 7750 begins in the 1970s. To meet the ever-increasing demand for chronographs, the designer Edmond Capt developed a caliber with stop function and automatic winding for Valjoux. He succeeded in simplifying the mechanics of the preceding 7730 movement by replacing the classic gearwheel with a cam mechanism that allows the start and stop functions to be better transferred to the watch's internal mechanics.

Ever since, the movement has been produced in virtually the same way. It was and is used for many different watch models due to its construction and specifications. Two good examples are the IWC Portuguese and the Navitimer from Breitling. While the references with manual and Pellaton winding use proprietary calibers, the simple automatic models feature a heavily modified 7750 caliber. Breitling's Navitimer models were fitted with versions of the ETA Valjoux until 2010. Since then, the company has been using its own proprietary production caliber B01 and has renamed the series accordingly to Navitimer 01. Since the diameters of the two calibers are identical, however, watch models with the ETA Valjoux 7750 can easily be fitted with Breitling's new caliber.

The Lemania 5100 and its famous relative

The Lemania 5100 was developed at the same time as the Valjoux 7750 in the 70s. The two calibers also competed over which was the more powerful movement for a long time. With the end of the production of Lemania 5100 movements, this competition seems to be over, but it is far from being decided.

For a long time, the 5100 movement had a difficult time convincing watch experts. Its rather simple appearance and the use of nylon and plastic parts brought the movement many critical comments. However, these components were chosen intentionally, to keep any wear and tear as minimal as possible and to make it necessary to go for service later rather than earlier. Apart from aesthetic aspects, the Lemania 5100 is a powerful and excellently designed movement, which has been used in many watch models by Omega, Sinn, Fortis and Porsche Design. Since production has been discontinued, Lemania 5100 movements have become coveted collector's items.

The El Primero and how it made history

As the name suggests, the El Primero movement was the first – or at least one of the first automatic movements in the world. At the end of the 1960s, there was a competition between the Breitling, Heuer-Leonidas, Hamilton/Büren, Dubois Dépraz and Zenith/Movado collaborations for who would produce the first automatic chronograph movement. On January 10, 1969, Zenith/Movado introduced the El Primero, which not only won the race but also featured the movement with the highest number of vibrations per hour – at 36,000. Many watchmakers subsequently outfitted their watches with the movement, among them the Rolex Cosmograph Daytona. 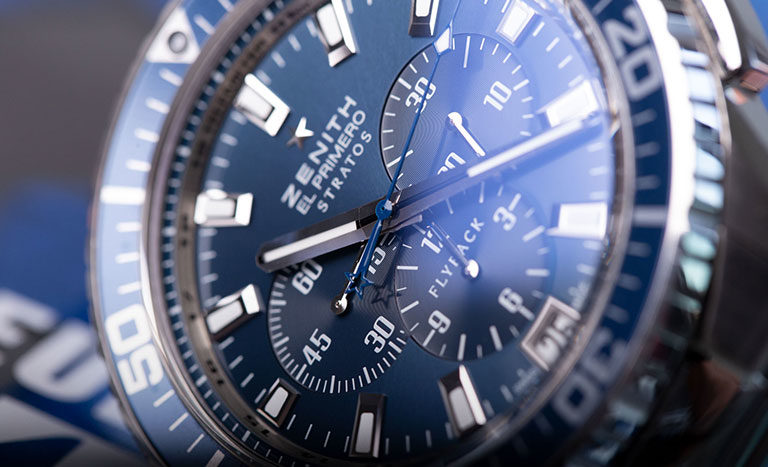 
Numbers do not lie: Facts about the calibers

To provide an overview, we have compiled the calibers featured in a table below. This allows a quick look at the technical specifications and models in which the movements have been used.