Seals of quality and certifications for luxury watches

Everyone who invests in a high-priced wristwatch expects perfect craftsmanship and uncompromising functionality in a watch. To ensure that high-quality timepieces are not mixed in with the numerous low-priced models, various organizations offering certification have been formed over the years to confirm the exceptional quality of a luxury watch for its potential buyer. High-quality mechanical watches only show minor rate deviations depending on position and temperature. The task of the certification organizations is to put luxury watches through their paces, conduct intensive tests based on strict criteria and certify the watches if and when they have successfully passed.


What does the designation "chronometer" mean?

A well-known, special designation for wristwatches is the word "chronometer". The word is composed of the Greek words "chronos" for time and "metrum" for measure and literally means timepiece. Today, however, the term "chronometer" holds more significance, because a mechanical watch is called a chronometer if it runs with exceptional accuracy and bears the chronometer certification. Consequently, not every watch is a chronometer. But what seals of quality are there in the world of luxury watches that certify the impeccable quality when investing in an expensive watch? What techniques are used to test a luxury watch and what exactly do the various seals say about a certified timepiece? 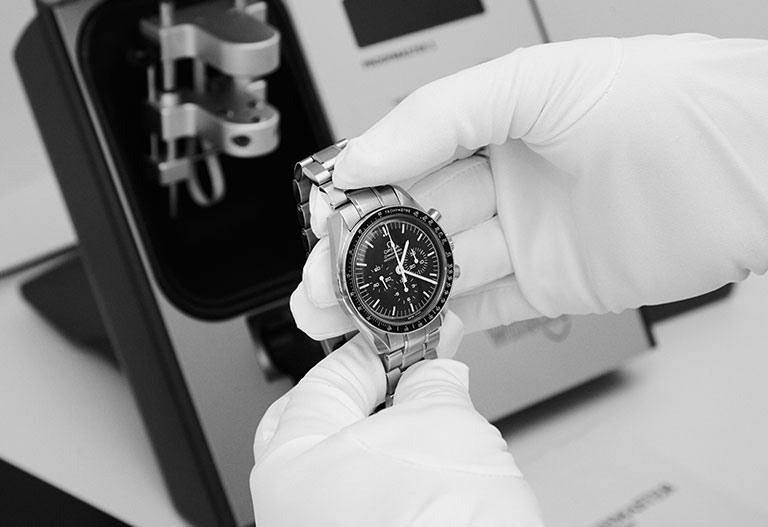 The most important seals of quality for luxury watches

The Contrôle Officiel Suisse des Chronomètres (COSC) was founded in 1973. The organization is composed of five cantons and the Federation of the Swiss Watch Industry FH and has offices in Geneva, Biel and Le Locle. Despite its name, the COSC is not a public institution, nor is it a state-approved inspection agency. Nevertheless, the organization is recognized as a non-profit organization and serves as a means of voluntary self-regulation for watch manufacturers.

To be certified by the COSC, a watch is tested for accuracy in a wide variety of positions and temperatures. Testing a single watch takes 15 days, during which it is monitored in five different positions at 8°C, 23°C and 38°C. If the average, daily rate deviation is within a value of -4 to +6 seconds per day, the watch receives the chronometer certification. In the case of Rolex watches, they are only "allowed" to have a rate deviation of only ±2 seconds per day. This corresponds to a rate accuracy of about 99.99%. This means that Rolex watches are even more precise and accurate than would actually be required for chronometer certification. It should be noted that only 5% of all watches manufactured in Switzerland receive a chronometer certification.

These requirements are meticulously defined in the DIN 8319 and ISO 3159 standards and are available for anyone to review. Luxury watch manufacturers such as Breitling and Rolex have all their movements certified as chronometers by the COSC. Rolex also conducts additional tests that each movement must pass before the watch is delivered with Rolex's distinctive green seal and the unofficial title as a "Superlative Chronometer". 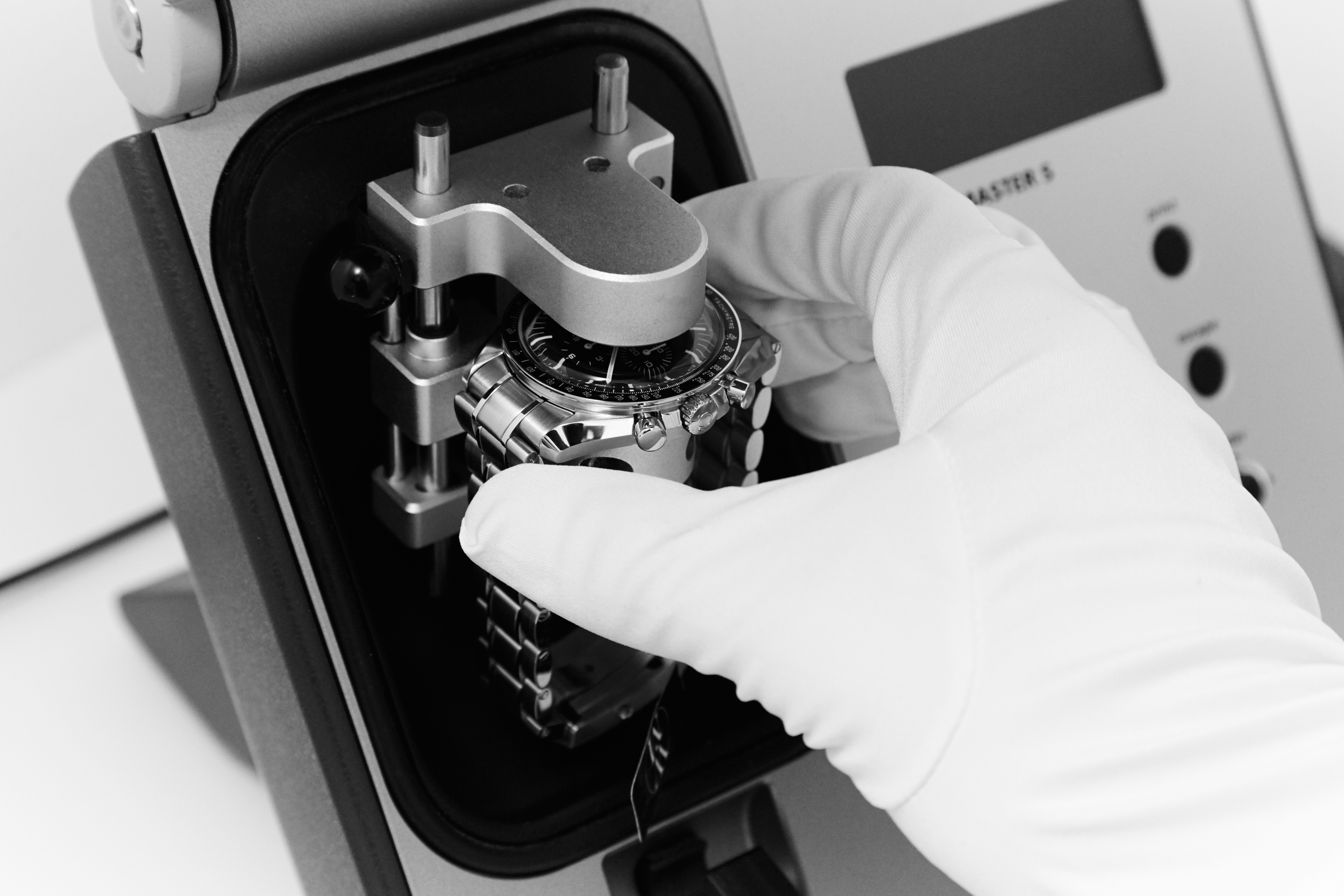 Considered the oldest certification in watchmaking, the Poinçon de Genève or Geneva Seal is a legally protected certificate of quality and origin for mechanical watches manufactured and fine-tuned in the Canton of Geneva.

On November 6, 1886, a law was enacted in Geneva containing the criteria for granting this seal of quality. The aim of the certificate is to preserve the know-how of exclusive fine watchmaking and guarantee the Genevan origin, quality and longevity of a timepiece. Applicants are required to ensure that the mechanical movement has been assembled, calibrated and encased exclusively in Geneva. Furthermore, the watchmaker must be listed in the commercial register of the Canton of Geneva. If all these criteria are met, the application for issuing the Geneva Seal may be submitted. Since 2009, the watchmaking and microtechnology laboratory "Timelab" based in Geneva has been responsible for issuing the seal. Its standards are far higher than the expectations of most customers. This seal is currently in use by Cartier, Chopard and Vacheron Constantin, among others. Patek Philippe had also used the seal as a guarantee of the superior quality of its watches until 2009, when the company introduced a proprietary certification. 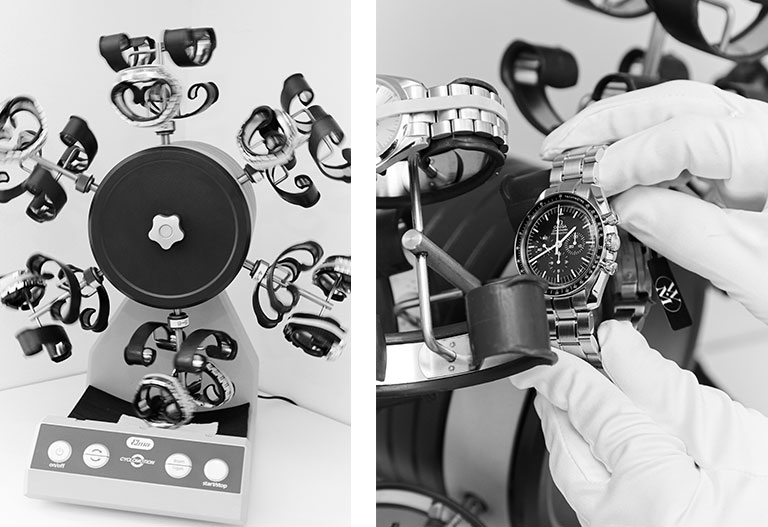 The same year that the independent laboratory Timelab was entrusted with awarding the Geneva Seal, one of Geneva's most prestigious manufacturers renounced affiliation with the distinction. Since 2009, Patek Philippe has subjected its watches to its own extremely stringent testing standards, which consequently led to the introduction of the Patek Philippe Seal. This seal of quality includes tests for accuracy with a maximum rate deviation of -3 to +2 seconds per day allowed, testing of case workmanship and water resistance as well as lifelong service. The same rules apply to all the company's mechanical watches, regardless of the number of complications. However, it's not only a question of the movements, but rather the watch as a whole – the dial, case, pushers or bracelet bars are included in the certification process as well. This seal places very strict requirements on the manual craftsmanship of the movement's parts. Moreover, the Patek Philippe Seal guarantees the perfection of the gemstones used as well as the flawless work of the stone sockets.

What is included in the brand's commitment to lifelong service? Patek Philippe is justifiably proud of its timepieces. In fact, so much so that they guarantee service, i.e. maintenance and restoration, for all watches that have been made since Patek Philippe was founded in 1839. While some may be surprised by this confidence, the manufacturer's quality standards are set so high that they can make and keep this promise without hesitation.

METAS certificate from the Swiss Federal Institute of Metrology

Omega, another well-known manufacturer, has had its movements and watches certified as "Master Chronometers" by METAS since 2015. However, this test is by no means brand-specific, as other manufacturers may also submit timepieces to these testing procedures – however, the METAS test requires additional standards for quality. Only watches that are equipped with a co-axial escapement, which have already received a COSC certificate as a chronometer and are antimagnetic to at least 15,000 gauss may be tested to earn the METAS certificate. The testing of the watches involves about 280 steps in eight stages spread over ten days and is fully automated. This allows METAS to check thousands of watches at the same time.

The eight stages include the following: 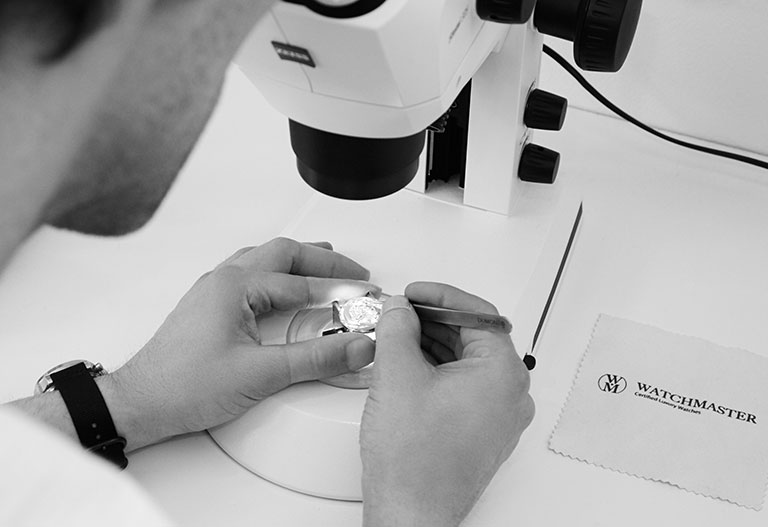 The "1,000 Hours Control" by Jaeger-LeCoultre

At Jaeger-LeCoultre, the "watchmaker of watchmakers", timepieces are also subjected to strict quality controls. The standards of this quality control go far beyond the requirements of chronometer certification, testing the movement of every single model in as many realistic everyday conditions as possible, both before and after it is placed in the watch case. Only after successfully passing the in-house tests is it awarded a seal on the case back with the words "1,000 Hours Control" that each model in the collection has passed all the performance tests and production controls.

The "1,000 Hours Control" includes tests concerning temperature fluctuations, the movement's shock resistance, resistance to pressure, water resistance, antimagnetic qualities, and, of course, tests for rate accuracy. Subsequently, Jaeger-LeCoultre's watches are subjected to accelerated ageing in order to ensure quality in this regard as well. Additionally, each new model is tested separately in terms of the model's character (classic, sporty or elegant) and for its respective qualities. During the test, the watch's functions are activated manually by experts so that the aesthetics of the watch is examined as well.

The final seal of quality here comprises the most stringent requirements for a wristwatch. To begin, a watch must have already passed the chronometer certification and be exclusively of Swiss origin before it can even be submitted to this assessment. The headquarters of the Fondation Qualité Fleurier is located in Fleurier, a small town near Neuchâtel. The organization was founded in 2001 by Chopard, Parmigiani Fleurier and Bovet Fleurier. The certification assesses the entire finished watch in working order. Consequently, the quality of workmanship of the bracelet and the case are as important as the assembled movement. The whole timepiece is then critically examined according to aesthetic and technical standards. If the inspection process is passed successfully, the certificate is applied directly to the movement as a hallmark in the stylized initials "QF".

Without a doubt, there is an enormous number of watch manufacturers. However, among them are very few manufacturers of luxury watches, which stand out from the majority of watches because of their seals of quality. It is precisely these certifications that guarantee the utmost precision, quality and, in most cases, Swiss origin. The seal of quality for a luxury watch is ultimately also reflected in the value of the given timepiece – and that is exactly what buyers of an exclusive, certified luxury watch all over the world know to appreciate.