What is the SIHH?

The SIHH – Salon International de la Haute Horlogerie Genève is a trade fair for watchmaking and jewelry. It first took place in 1991 and since then, happens every year in January in the city of Geneva. Today, the fair occupies about 40,000 square meters of exhibition space.

In an exclusive ambience, the SIHH Geneva every year makes a new linchpin for enthusiasts, collectors and manufacturers from all over the world. 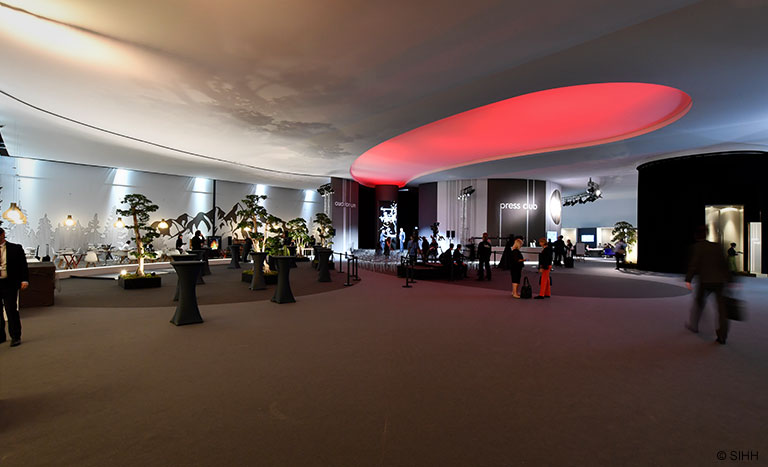 In addition to the well-known Baselworld, the SIHH is the largest exhibition for luxury watches. Every year, more than 35 brands and independent master watchmakers present their novelties, developments and trends to roughly 20,000 invited trade visitors and the press. The fair lasts five days, and on the last day, the gates are open to the public and interested individuals.

It is not just about the beautiful timepieces during the exhibition. Seeing and being seen, establishing contacts and a lively exchange with others are just as much on the agenda as interesting lectures and transferring knowledge.

It is precisely this goal that SIHH pursues, avoiding to being solely a place where the most important trends of the year converge. Rather, participation is an immersive experience, rich in content. The fair is an innovative, interactive communication platform and is firmly linked to the participating brands, visitors and watchmakers.

Milestones in the history of SIHH

1991 – The first fair took place because five Baselworld exhibitors decided that instead of participating in Baselworld, they were going to set up their own fair within the framework of the „Fondation Haute Horlogerie“.

Haute horlogerie can be translated into english as „fine art of watchmaking“, with the FHH some manufacturers joined forces to differentiate themselves from the mass-produced quartz watches of the 1970s.

1993 – For a whole week, manufacturers and professionals debated the future of watchmaking and the luxury industry. There were exciting talks at the proverbial round table.

1998 – SIHH continued to be successful and now has ten exhibitors, including Vacheron Constantin, Parmigiani Fleurier and a few independent watchmakers. The exhibition area had already more than tripled compared to the first fair.

1999 – The fair took on completely new dimensions. Eight other manufacturers wanted to present themselves, with the exhibition area now amounting to more than 18,000 squared meters. 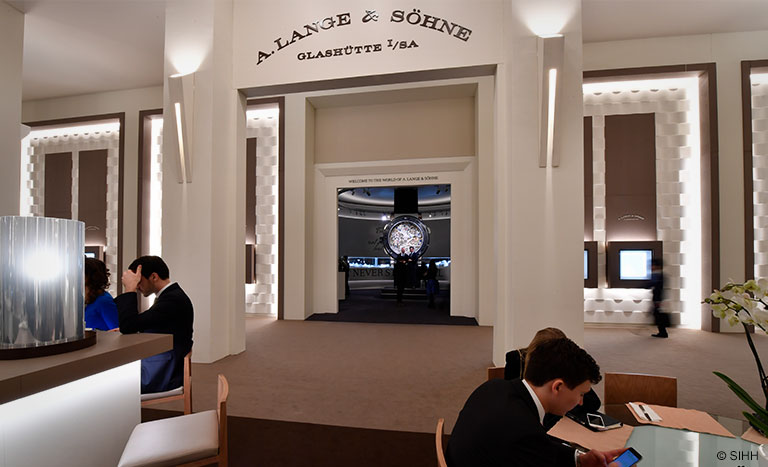 2002 – Some exhibitors, including Breguet and watch designer Gérald Genta, left SIHH as they were bought by the Swatch Group and Bvlgari. For this, A. Lange & Söhne, IWC and Jaeger-LeCoultre are now in the lead. There was a total of 18 exhibitors – a figure that was unlikely to change in the following years.

2005 – On the occasion of the 15th event the SIHH was redesigned by Giampiero Bodino. In the style of the exhibition „La Cité du Temps“, the fair now covered nearly 25,000 square meters and attracted over 10,000 visitors.

2009 – The effects of the financial crisis were also felt at the SIHH. More than 1,500 journalists and trade visitors were registered that year, with Ralph Lauren Watch & Jewelry Co now having 17 exhibitors. In addition, an important change was announced, henceforth, the fair would take place annually in January, thus ushering in the watchmaking year.

2015 – SIHH celebrated its 15th anniversary with a special offer for fair visitors. Under guidance, they were able to disassemble and reassemble a mechanical luxury watch in workshops. In this way, the art of watchmaking for all participants was tangible and more understandable. 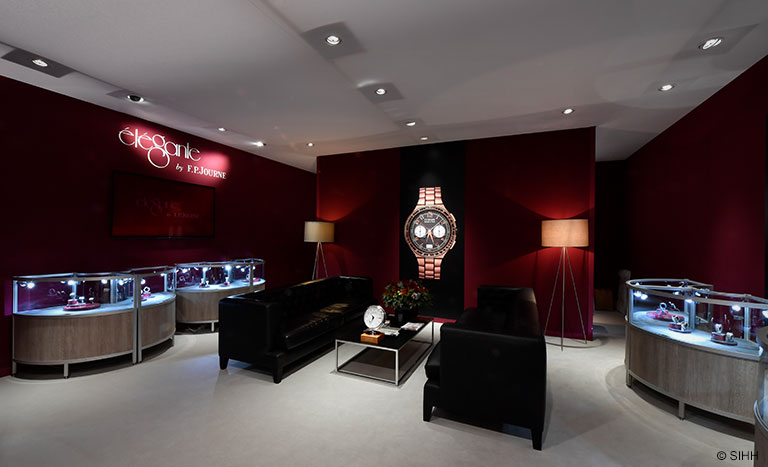 2017 – For the first time, the fair was also made available to private individuals. On the last day of the event, the doors opened to the public. 30 brands and independent watchmakers presented their creations and innovations.

2018 – The growth of the industry in fine watchmaking and the public’s general interest can be deduced from the number of visitors. Around 20,000 invited trade visitors, media representatives, over 30 exhibitors and a large crowd of private persons on the last day were recorded that year. The area of ​​the watch fair is now more than 40,000 square meters. These numbers confirm the success of the hosts of the SIHH.

What about the future?

The future of the Salon International de la Haute Horlogerie Genève remains covered so far. On the one hand, the luxury watch industry is growing fast. More and more manufacturers want to exhibit at the SIHH. In addition, the fair is the largest trade fair for luxury watches right behind the Baselworld. Its steady growth suggests that it will continue to be well visited in the future.

Two of the large brands seen on the first day in 1999 and 2010 will no longer attend the fair from 2020 onwards. We are talking about Audemars Piguet and Richard Mille.

Already seen in the most recent years, both manufacturers spoke of upcoming changes in the distribution network and no longer believe that trade shows fit to the overall sales and brand strategy. In the future, more emphasis will be placed on branded boutiques, thus inhibiting dependence on traditional multi-brand concessionaires. It also disturbs the fact that until a few years ago, the fair was only accessible to invited visitors. Although this changed in 2017, it is only open to the public on one day. And after all, it’s about the customers, as helpful as it may to be mentioned in the press. In short, there is a lack of customer relationship. 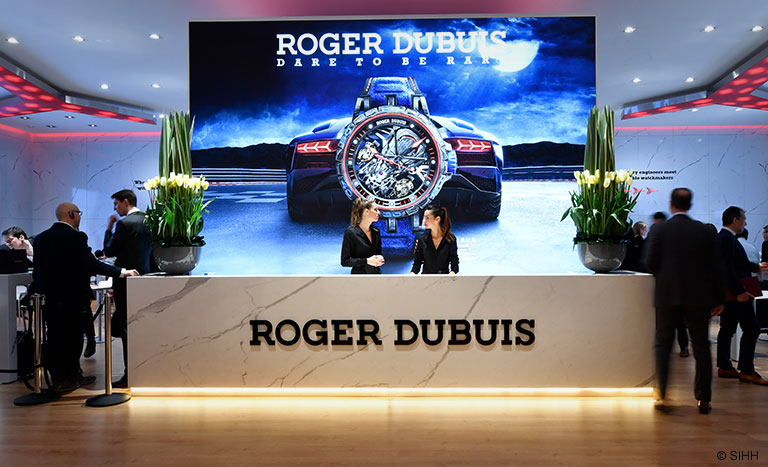 Given the increasing demand and the generally prevailing discounting, the two brands are not the only ones who share these thoughts. Many other manufacturers, but also independent watchmakers have similar ideas. Audemars Piguet and Richard Mille were the first to act consistently.

Whether the increasing demand is related to the low interest rates, one can only speculate. The market of luxury watches as a form of investment is at least no longer a hidden secret.

The date for the next SIHH in January 2019 is already decided to be on Thursday, January 17, where the doors will open to the public. You can already buy tickets for this day, and you will then have time from 3 pm to 10 pm to see the innovations of a total of 35 exhibitors, get involved in exciting discussions or listen to interesting lectures. 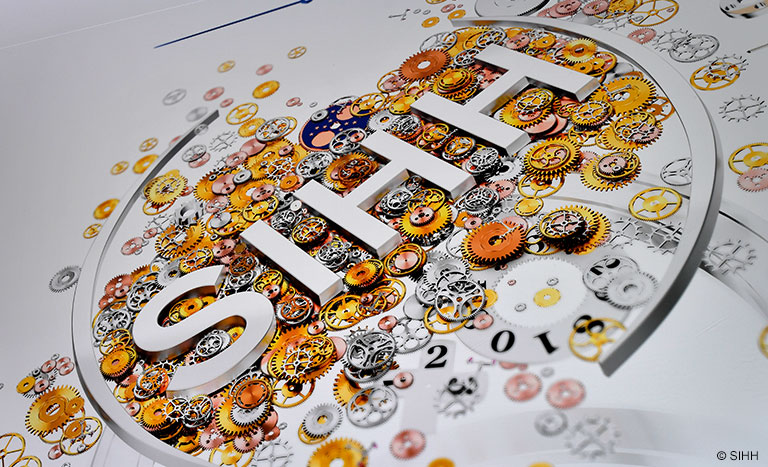