The art of shortness: An introduction to ultra-flat watches

Do you feel overwhelmed by the massive dimensions of the new Rolex Submariner and GMT-Master II? Do not despair, because a new trend toward slimmer and flatter watches is slowly but surely gaining ground quietly. To help you understand the technical complexity of these models and their history, we have compiled an introduction to one of the most fascinating areas of modern watchmaking.

The origins of flat watches

From Antoine Lépine to Jaeger-LeCoultre

After watches established themselves as a status symbol in the 17th century, the size of a watch was associated with its status and precision for a long time – the bigger the better. It was not until the mid-18th century that the focus changed to functionality when innovators like Antoine Lépine changed the way watches were seen and made. The Lépine calibre made it possible to produce flatter watches for the first time. Dandies such as George Bryan „Beau“ Brummel brought this simplified style to the royalty of Europe, where it established itself quickly. This prompted the trend for more and more watchmakers to strive to surpass each other in the flatness of their watches.

Many of the manufacturers spearheading the movement at that time continued to do so to this day. As Edmond Jaeger had not yet joined forces with LeCoultre, they were competing with each other to create increasingly flat calibres. The masterpiece of this rivalry was LeCoultre’s calibre 145, measuring only 1.38 mm, that was produced from 1907 to the mid-1960s. LeCoultre also began to flatten Grand Complications and chronographs based on this work. These technical masterpieces earned Jaeger-LeCoultre the title of "watchmaker of watchmakers" as the company was called after the merger, by supplying movements for Audemars Piguet, Patek Philippe and Vacheron Constantin. Jaeger-LeCoultre excelled in designing flat movements so much that it developed an instrument capable of measuring the watches to the nearest micrometre. This allowed the company to offer its customers the flatness of the calibres. 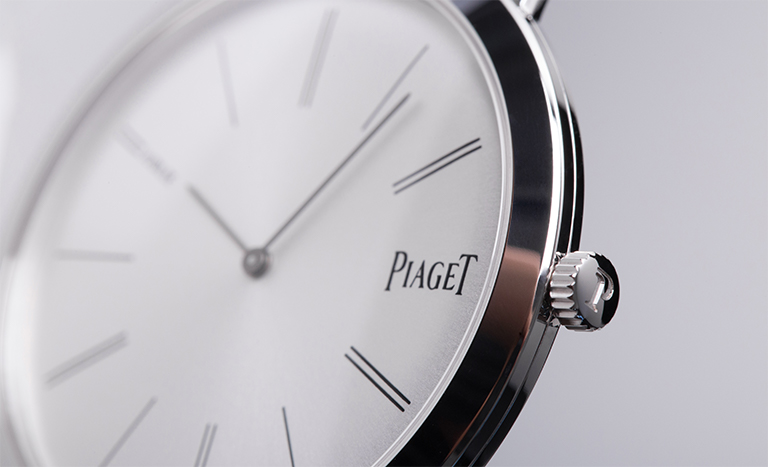 The age of the dwarves

In 1957, Piaget’s iconic Altiplano model made its debut and immediately set new standards. The Altiplano was powered by the calibre 9P, an only 2 mm tall hand-wound mechanical movement. With an overall height of 4 mm, it remains one of the thinnest watches ever built to this day. But Piaget did not stop after this achievement and launched the calibre 12P in 1960, which powered a 2.30 mm thick automatic movement and established the micro rotor.

In 1976, Jean Lassale seized the title for the slimmest mechanical movement by introducing the calibre 2000, which was only 1.2 mm thick. This was later followed by an automatic movement measuring 2.08 mm. The movements were only in production between 1976 and 1979, at which time Jean Lassale encountered financial difficulties and was bought by Seiko. However, the patents for the movements were given to Lemania, which continued to improve the calibre 12P and sold them to Vacheron Constantin, where they are known as the calibre 1160 and 1170.

The technical innovations of flat watches …

At the time Lépine began his work of freeing watches from the burden of the fusee and developing new balance wheels, he could not have imagined how complex the technology that would flow into the construction of flat movements would become. Flat movements are first and foremost theoretical games of thought. The first problem is the supply of power. The force exerted by the spring depends on its height. This means that extremely flat calibres must be carefully designed and assembled to minimize the loss of power caused by friction.

Even with a narrow calibre, the general architecture of the movement often needs to be reconsidered and modified accordingly. For example, a classic barrel has two pivot points – one in the plate and a second in the bridge. Many flat calibres save space by working with a so-called hanging barrel that only retains the pivot point in the plate. This construction had already been developed by Lépine and is much more unstable than a normal barrel meaning that the design can hardly allow for variations or inaccuracies. Other innovations saved additional precious millimetres including the micro rotor and Audemar Piguet’s stroke of genius to simultaneously use the automatic tourbillon’s case (Ref. 25643BA) as a base plate for the movement in 1986.

… and their inevitable limits

But sooner or later, there will be physical limits. The thinner the movement, the more unstable it becomes – which makes maintenance impossible in special cases. In the case of Jean Lassale’s 1.2 mm flat movement, for example, it quickly became apparent that the movements were too thin to guarantee perfect functionality. Lassale was able to make the movement that flat by integrating the dial train, which drives the hands, into the base plate. Thus, the movement didn’t require any bridge parts. Not only the barrel, but also all the wheels have to be supported by the ball bearing. However, this can lead to undesirable variations in the power supply, which impairs the longevity of the movements. After Vacheron Constantin employed variations of these works, it was found that the maintenance process alone would damage the movement, so for simplicity’s sake they were replaced and a completely new movement installed.

Most of these groundbreaking calibres were designed without the help of CAD (Computer Assisted Design), making these movements even more remarkable. Since time never stops, watch manufacturers also began experimenting with new technical possibilities. Zenith also made the leap into modern times and they have already achieved an important milestone in the development of slimmer watches with their Ultra Thin model. In 1994, Zenith introduced the automatic Elite calibre, which was designed with CAD and relaunched in the Elite Collection in 2016.

Many manufacturers copied Audemars Piguet’s idea of building the movement directly on the case back, but few have perfected the concept as well as the Piaget 900P. With a height of 3.65 mm, Piaget set a new world record. Piaget took the concept further and placed the dial on the same plane as the gear train. Once divided hierarchically into clearly separable layers, the watch has finally become philosophically and technically one.

The trend towards even flatter watches will continue in 2019. If you are less interested in records, you will also find thin classics such as the Hermès Slim (Ref. CA2.170) or the Jaeger-LeCoultre Master Ultra Thin (Ref. 145.8.70 S). And if you think that a thin watch must always be a dress watch, you haven’t heard of Audemars Piguet’s Royal Oak. Designed by Gerald Genta, the Royal Oak Ultra Thin is a giant at approximately 8 mm compared to the aforementioned dress watches. However, it is considerably flatter compared to sport watches by Rolex or Breitling. 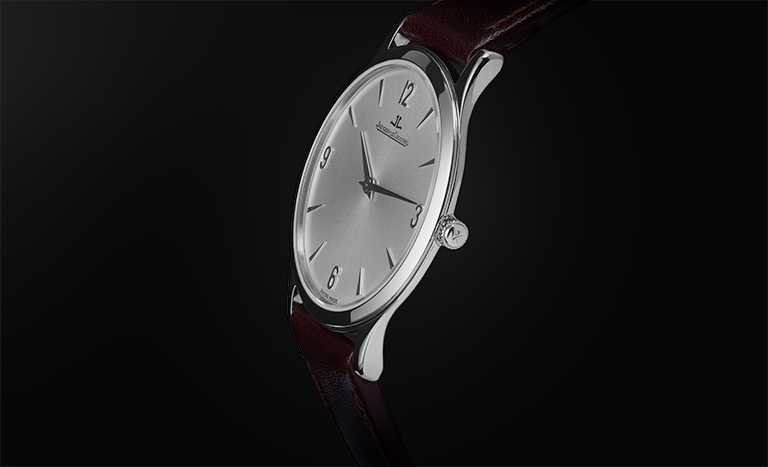 
The race for the flattest watch seems to be far from over. At Baselworld 2019, Piaget unveiled the Altiplano Ultimate, a concept watch measuring a mere 2 mm. This was probably a source of great anger for Bvlgari, since the company presented the 3.95 mm thick Octo Finissimo Tourbillon Automatic in 2018. This was not only the thinnest tourbillon, but also the thinnest automatic watch in the world – until Piaget took first place with the Altiplano Ultimate 910P shortly thereafter. For those who can do without a tourbillon, the classic Octo Finissimo (Ref. BGO40C14TLXAUTO 102711) might also be of interest. With its sleek dial and the external small second hand, it measures almost 5.15 mm. 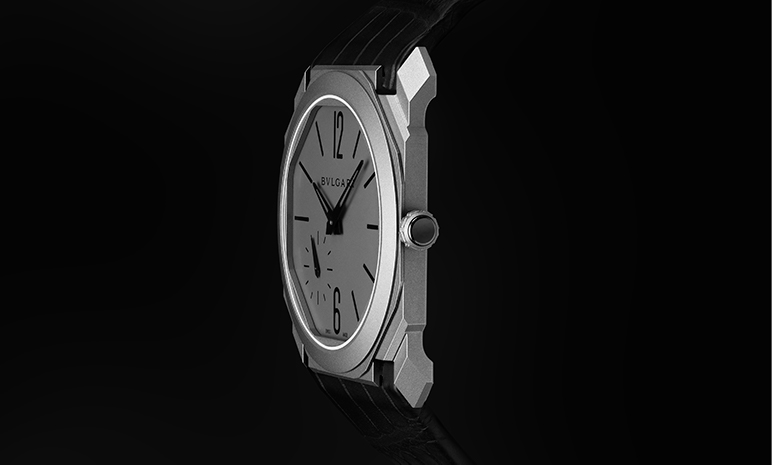