More than 50 years after the end of production of the popular 321 caliber, Omega announced that the manual wind movement will return into production.

The Speedmaster movement is particularly popular with collectors due to its precise and filigree design. In addition, the 1940s movement is extremely durable and robust. No wonder that watch enthusiasts around the world are pleased by these news. 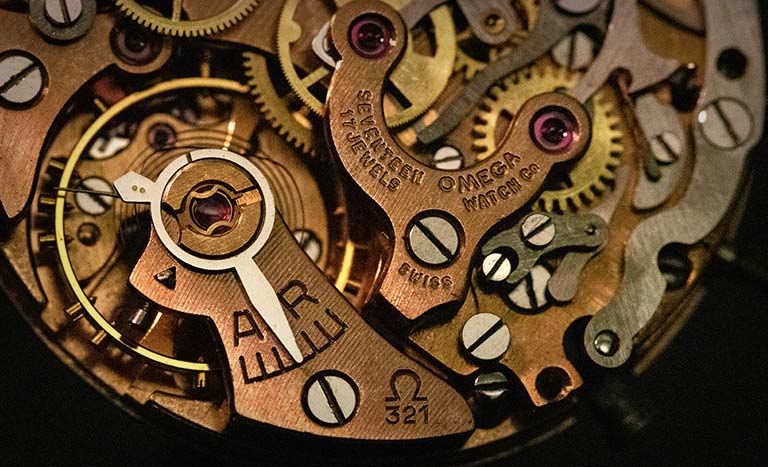 The genesis of the caliber 321

What many do not know, the caliber 321 is not originally from Omega, but from the Swiss watch brand Lemania.

But how come you associate the caliber with the famous Omega watches?

Omega merged with Tissot in 1930 and Lemania in 1932 into the „Société Suisse pour l’Industrie Horlogère“ (SSIH).

In the 1940s, the slender chronograph movement 2310 was designed and presented by Lemania. It had a ratchet wheel, was manual wound and had a 12-hour counter. With the connection of the SSIH, Omega became aware of the movement and began to incorporate it into its own models, under the name Caliber 321. It became famous above all as the movement of the Speedmaster Chronograph, or „Moonwatch„, in which it was installed from 1957 on. It was replaced in 1968 by Lemania 1873 – also a manual wind movement, and out of production, until now. 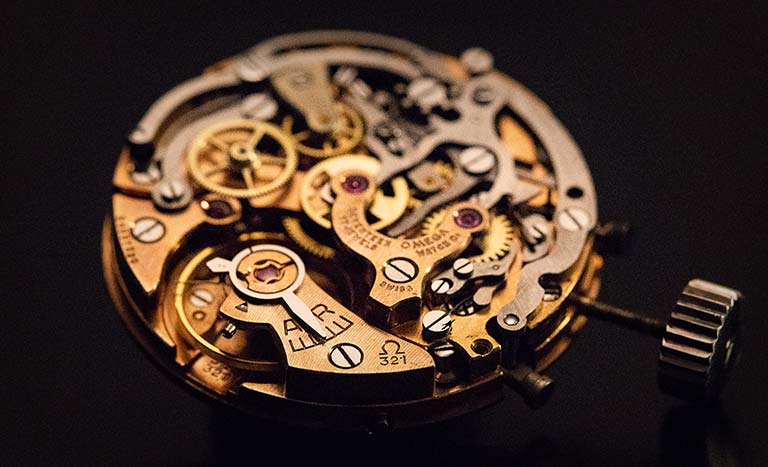 What makes the caliber 321 so special?

Innovations and novelties are a big thing in the world of luxury watches, they are unavoidable and usually desired by the customers. Movements are constantly revised and obsolete models get discontinued. So why does Omega reissue a 50 year old manual wind movement? This question can be answered in several ways. 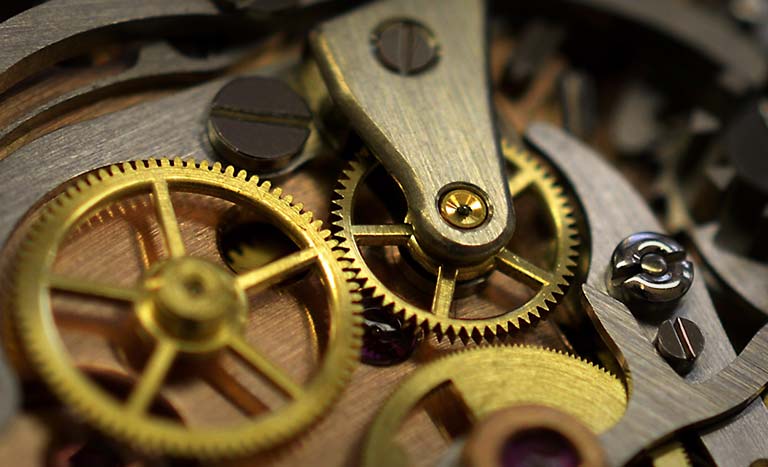 On one hand, the filigree and elegant design speaks for itself. The unusual thing about the movement is that it is equipped with a monoblock column wheel that adds value to the mechanics as it is made in one piece. This ingenious feature is also the crux of caliber 321. The monobloc column wheel leaves no room for error. The movement must inevitably be built with an extreme high precision. Because of these characteristics, it was extremely popular with watch enthusiasts from the beginning.

Another point is the eventful past of the calibre that lived in the Speedmaster collection.

The Speedmaster ST 105.003 is the first watch to have been tested and certified by the NASA for space travel. The model was the first watch that was allowed to accompany the astronaut Ed White on the first American spacewalk. Later, the astronauts of the Apollo 17 mission were equipped with the Speedmaster ST 105.012. So also Eugene „Gene“ Cernan, the last man on the moon, wore the legendary NASA-certified movement on his arm. 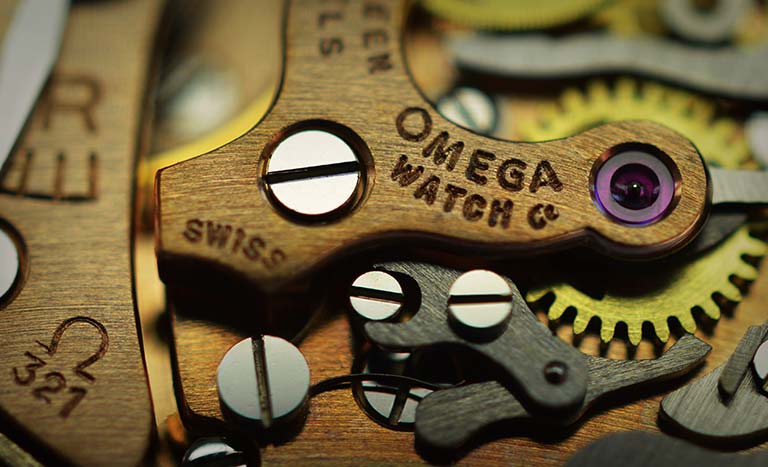 How much will the „new“ caliber 321 really be like the original?

A group of historians, researchers and developers worked for two years in strict secrecy on the resumption of the legendary movement. The mission got the historic name „Alaska 11“ which was already used for the secret Speedmaster plans involving Omega and NASA in the 1960s and 1970s. The „new“ movement should be as similar to the original as possible. For this, the blueprints of the past model were rolled out again. Even the Gene Cernan model, which was exhibited in the OMEGA Museum in Biel, was scanned for reconstructing using tomography computer technology for measurements. Numerous historical facts about the construction and the filigree individual parts have been collected and compiled over this period.

For the assembly of the movement, a workshop was built specifically for the production of the caliber 321 in Biel – the headquarters of Omega. Every movement, watch head and bracelet is made by one dedicated watchmaker from start till end.

It is not yet known which Speedmaster models will have this legendary movement to help it tick in the future, but with such a story it is not surprising that the fans are thrilled about its return!

We are eagerly curious to see how Omega will surprise us this year. 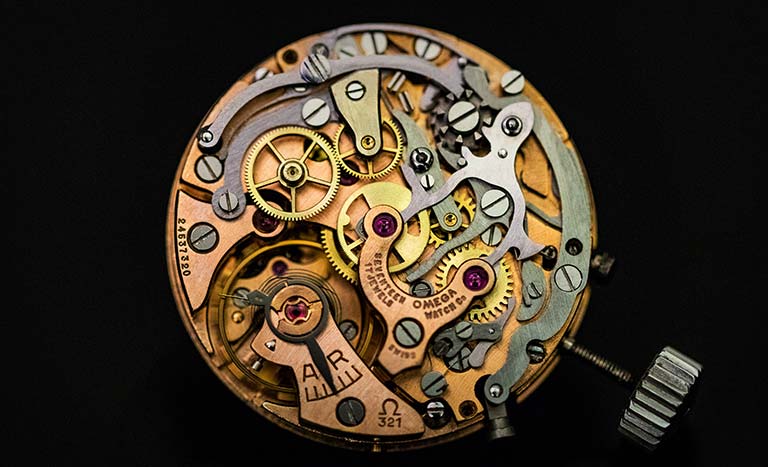