The Success Story of the Manufacturer Gay Frères

The avid watch enthusiast is well aware that every timepiece is the result of countless individual parts assembled in many steps by master mechanics. First-class watches are only created when all components fit together perfectly. The same applies to the harmony of bracelet and case. This article introduces you to the world of bracelets by Gay Frères. A company that was a supplier for all the major watch brands in the 20th century, but now seems to have disappeared. But is that really the case?

From Chainmakers to First-Class Bracelet Manufacturer

Gay Frères was founded in 1835 by Jean-Pierre Gay and Gaspard Tissot. In the beginning, the company produced jewelry and chains for pocket watches. Although the history of wristwatches stretches far back in time, they were not yet in use. The company’s former business led to its initial name „Chainiste„, meaning „chainmaker„. However, at the beginning of the 20th century, the wristwatch became established and the companies that produced the chains had to reorient themselves to avoid becoming insignificant. Gay Frères succeeded in making an outstanding transition and soon gained Rolex as a new client. This business partnership proved to be crucial for the manufacturer, as many other watchmakers quickly recognized the unique nature of Gay Frères‘ bracelets. At that time, it was not customary for watch manufacturers to supply the bracelets for their watches. Rather, the bracelets were – often very expensive – extras.

From the 1940’s onward, Gay Frères supplied virtually all the major watch brands, including Vacheron Constantin, Patek Philippe, Audemars Piguet and Zenith. The company drew particular acclaim with its congenial bracelets for Audemars Piguet’s Royal Oak and Zenith’s El Primero classic watches. The major watchmakers treasured Gay Frères for the expertise in steel processing, among other things. The 1970’s marked the peak of the company, which remained in family hands and employed over 500 people at its Geneva headquarters. 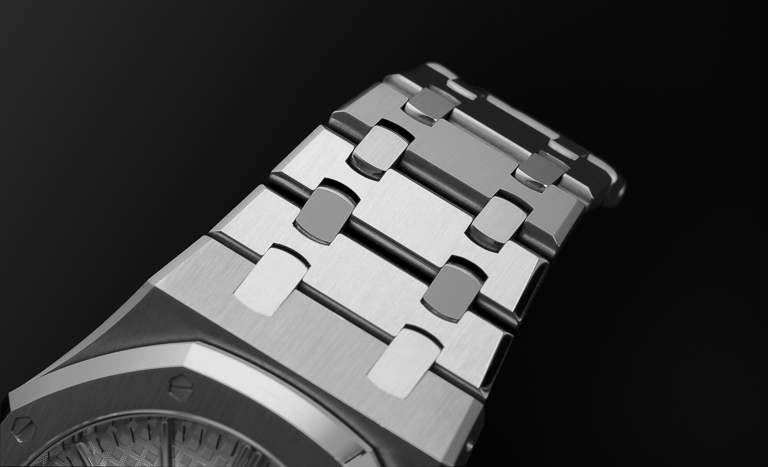 Rolex’ Investment in the Future

The major transformation took place when Rolex bought Gay Frères in 1998. Experts consider this step to be a key vertical integration in the history of Rolex. Founded by
Hans Wilsdorf, the company aimed to control every step in the production of its own watches in order to ensure the highest quality.

Was this the end of Gay Frères‘ independence? Not at all. In 2010, the company was promoted to a certified member by the French Responsible Jewellery Council. The RJC is committed to the extraction and processing of precious stones and gold that do not violate human rights or the environment. For many potential new customers today, this is a particularly important question before buying a watch. More than ever, Gay Frères and Rolex prove that they have remained true to their commitment to future-oriented production methods and products.

The Designs that Made Gay Frères Popular

Anyone considering an investment in a vintage watch is not only interested in the appearance of the dial and the condition of the case. Vintage watch collectors want to buy a harmonious package. If an original Gay Frères bracelet is found on a vintage watch model, this indicates that the timepiece and bracelet probably originate from the same time. This bracelet manufacturer was particularly famous for three of its designs.

Just as firmly as an oyster encloses its precious pearl, the Oyster bracelet is meant to hold the pearl, or rather the crown beneath the watch, to the wrist of its owner. At least, this is a flowery explanation of how the name „Oyster“ originated. The bracelet is the result of a collaboration between Rolex and Gay Frères during the first half of the last century. It is one of the reasons why the Rolex Oyster is regarded as an exceptionally robust and versatile timepiece. The Oyster bracelet consists of three links that are interlocked. The middle link is larger than the two outer links. It is rounded off by the folding clasp, which enables quick detachment and attachment. Once closed, the bracelet lies securely on the wrist and cannot come loose on its own. 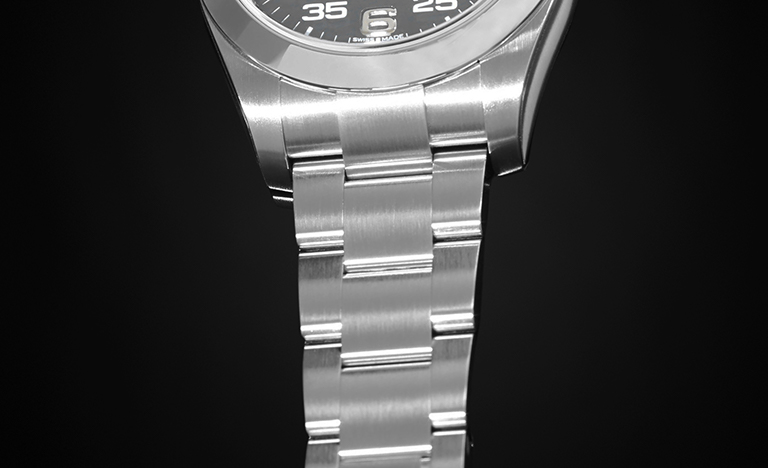 The Beads of Rice Bracelet

The individual links of this bracelet are arranged like grains of rice. This design was introduced in the 1940’s and is one of the most popular designs by Gay Frères. The fine, small parts make the bracelet look slimmer and more elegant. This especially appealed to companies such as Longines and Patek Philippe, who used it to embellish their dress watches. In particular, this bracelet lends a vintage charm to classic watches, which can even increase the value of your used luxury watch. In the Watchmaster online shop, you will find the Chopard Happy Sport (Ref. 278236-3005) with this popular bracelet. 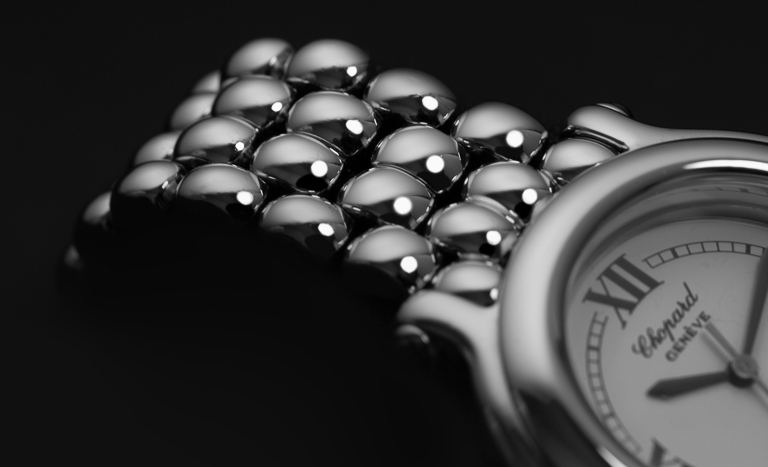 Bonklip is the name of another important manufacturer of watch bracelets. However, the name has also been adopted for the design of the bracelets. The Bonklip bracelet is also called bamboo or bamboo bracelet. This style consists of many single links which are held together by straps. There is space between the individual links in which the clasp of the bracelet can be hooked. Thus, the size can be adapted comfortably to the most different wrists, without having to take off the clock. This technique was originally very popular with pilots in the Royal Air Force, for whom the Bonklip bracelet was originally developed. After the Second World War, the clasps of the bracelets were developed even further. The folding clasp made it possible to fit the bracelets to the size of the wrist and also made them more secure as they cannot accidentally be released. The iconic design using the individual links was retained, however, with vintage Breitling models from the 1990s such as the Breitling Antares 81970 and the Breitling Chronomat B13050.1. 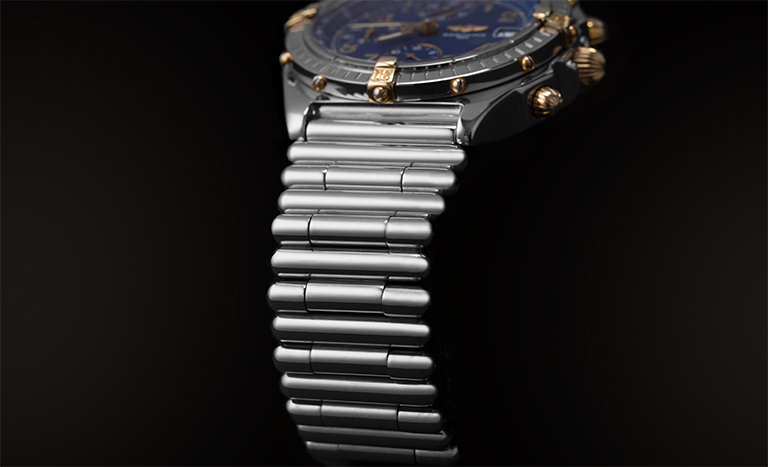