Time in a Precious Case: Dial Materials and Decorations

You would like to buy a new timepiece. You know your price range and perhaps already have a brand in mind. And then you scroll through our online shop and one piece of jewelry after the other shines at you: used luxury watches in all imaginable shapes and colors and materials that range from robust to precious. But one detail stands out in particular: the dials. They are the signature of a watch. Much like the human face, the design of a dial reveals much about what lies behind a watch and its brand. Which materials were used? How much time was devoted to the finish? We would like to introduce you to some of the materials and design methods used in the production of dials.

How the Dial Took Shape

The time, or rather the course of the sun, has been measured by humans since the time of Ancient Egypt. At that time, rods and engraved markings were used to trace the movement of the sun. It was not until the 14th century, with the development of the mechanical watch, that timepieces were given a face. However, the design of the dial still played a subordinate role at this point. All that was displayed were hours and quarters of an hour. In the 16th century, as the pendulum was developed as a regulator for timepieces, the clocks became more accurate and minutes could now be displayed on the dial. The Baroque era, which lasted from the end of the 16th century to the end of the 18th century, also produced the first highlight in the artistic decoration of the dial.

Materials and Designs of Dials

An exceptional characteristic of watchmaking is the constant drive for innovation by watchmakers. New materials are constantly being developed or new combinations explored that are not normally associated with timepieces. These advances also have an impact on the materials and design of the dials. Today, you can buy luxury watches in almost every conceivable form and design: whether it is a wooden timepiece, a surface made entirely of diamonds or even meteorite dials. Therefore, it is quite understandable that manufacturers such as Patek Philippe, Vacheron Constantin, Breguet and Nomos Glashütte are simply not satisfied with just any dial. The aforementioned companies are characterized by the fact that they nurture special forms of craftsmanship that might otherwise have become extinct. In their workshops, for example, experts and masters craft works of art with enamel, guilloche and staffage to fashion the appearance of a watch according to century-old methods and pass their knowledge on to the next generation.

Enameling is a process in which an inorganic oxide coating is adhered to a metal or glass surface. Enameled objects have the advantage of being resistant to rust, acid and heat. Additionally, decorations and colors can be applied to the surface that will not fade. The preparation of the surface, which must be absolutely clean, is particularly time-consuming. The enamel mixture, consisting of quartz, feldspar, soda and colored glass particles, is applied to the surface and then fired at over 800 degrees. The more colors are applied, the more often the firing process must be repeated. The real art is understanding beforehand how the colors will react during firing.

The Art of Engraving: Guilloche

Guilloche is a machine-made or handmade pattern consisting of a number of lines. The individual lines form ellipses or circles. The elaborate patterns were etched into printing plates to protect ID cards, documents and banknotes from counterfeiting. However, jewelry and watch manufacturers have also made use of this technique and decorated their products with unique, artistic designs. The works of Carl Peter Fabergé and Abraham Louis Breguet deserve particular mention from this tradition. The decoration of a single dial can take from several hours to several days and requires extraordinary skill, concentration and patience. The art of guilloching is therefore only practiced by a few luxury watch manufacturers. 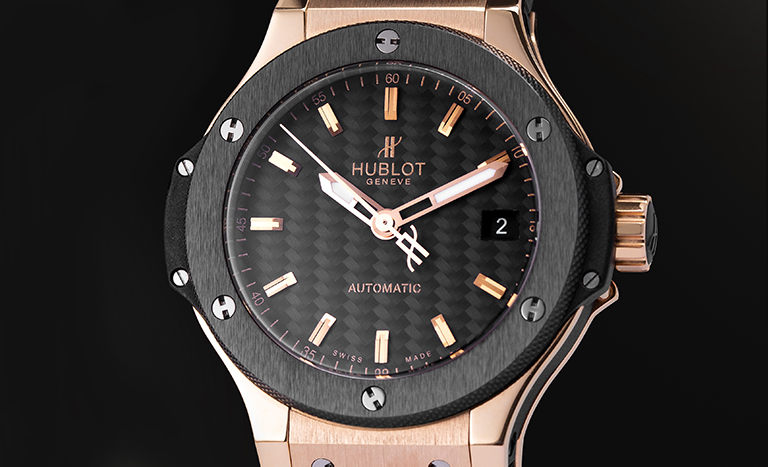 Watch manufacturers are not only guardians of tradition, but often also alchemistic laboratories. Time and again, this leads to the development of new alloys and materials that make watches more robust and/or lighter. A pioneer in this field is the watch manufacturer Hublot. For example, after developing the scratch-resistant „Magic Gold“ used in the Big Bang Hublot, the company presented the Classic Fusion Tourbillon Firmament in 2014. The special feature of this limited edition watch model is a dial made of osmium. It was only in 2013 that it was first possible to crystallize this hard and extremely dense metal so that it could be used for the production of watches and jewelry. Osmium is a platinum metal and was initially used as a material for filaments in light bulbs. Incidentally, the combination of the two elements osmium and Wolfram (German for tungsten) led to the naming of “Osram”, a manufacturer of lamps and lighting systems.

Not of this World: Materials from Outer Space

Which material could possibly be more extravagant than one of the rarest metals? One that is not actually found on earth: meteorite. Rolex and Omega have already released watch models containing parts of meteorite rock with the Rolex Daytona Meteorite Dial and the Omega Speedmaster Moonwatch Grey Side Of The Moon. Watches with meteorite rock have a dial design that is not from this earth. This is the Widmanstätten pattern, also called Thomson structures. This unique structure becomes visible when iron meteorites are ground and then treated with nitric acid. The pattern, which is remotely reminiscent of abstract expressionist images, is the result of the distinct chemical resistance of kamacite and taenite, two types of nickel-bearing iron and minerals, respectively, which have only been found in meteorites so far. The editions of these models are of course always very limited, which makes an investment costly, but returns a long-term increase in value. A special mention should be made here of the watches by Romain Jerome. The watches of this manufacturer are equipped with in-house calibers and refined with unique materials. For example, the Moon Dust is a watch made of rock from earth’s moon (moon dust) and parts of the Apollo XI and Soyuz spacecrafts as well as parts of ISS space suits. The design of the Moon Invader, on the other hand, is inspired by the landing modules of the Apollo missions. 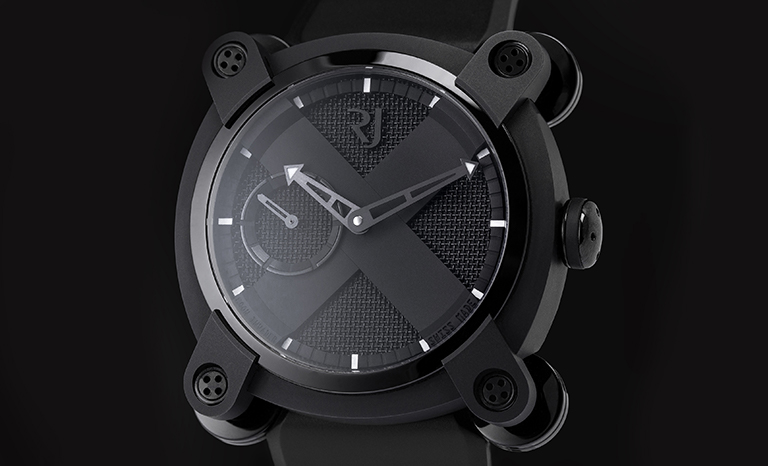 Back on earth, to the origin of life so to speak, we reach with this final material. Precious mother-of-pearl is obtained from the sea, or more precisely from the shell of mollusks. This material has been used for many thousands of years to decorate sacred objects and ornamental vessels. On the dials of luxury watches, it provides a colorful and noble charm. The reflected light is iridescent and illuminates in a wide spectrum of colors. The combination of colors of a mother-of-pearl dial can be admired perfectly on the Rolex Lady-Datejust (Ref. 178274) or the Rolex Daytona Cosmograph (Ref. 116518). 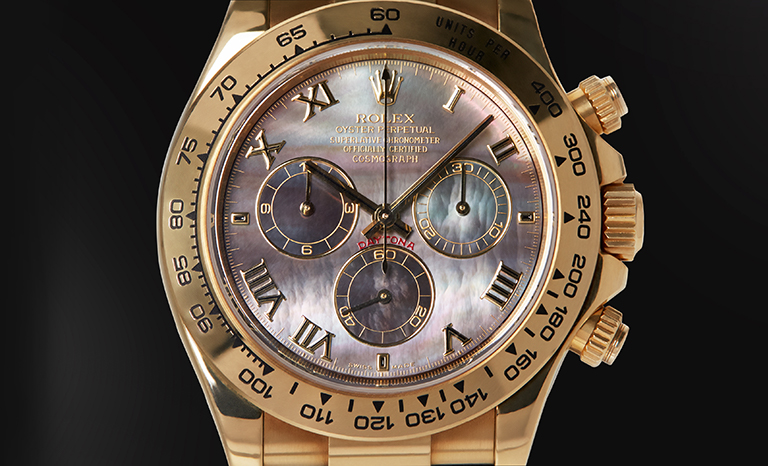 Mother-of-pearl is composed of calcium carbonate and organic substances secreted by certain mollusks to form their shells. The unique characteristic of mother-of-pearl lies in its structure, which can be imagined as the layering of countless small plates. Each of these layers allows a part of the incoming light to pass through and at the same time reflects it, so that certain parts of the light waves are dissolved. This structure provides the unique color effects when moved as a dial on the wrist, for example. Mother-of-pearl is highly susceptible to scratches and can break easily during production. The mother-of-pearl layer is often placed on a brass, silver or gold base and then carefully worked and decorated.