Where the world of watches unites: Watch fairs and events

Where the world of watches unites: Watch fairs and events

The world of watches is enormous. It includes thousands of brands and manufacturers, jewellers and watchmakers, collectors and enthusiasts, but also attracts media attention worldwide. It’s great that numerous trade fairs bring together exactly these different players every year: At watch fairs and events. The most important and exciting ones are presented here in a short overview.

Baselworld is the largest and most well-known jewellery and watch fair in the world. Here, companies from all over the world present their innovations and developments to trade professionals and the press over a period of six to eight days. By 2018, all major brands such as Rolex, Omega, Breitling or TAG Heuer, but also smaller brands, were represented. In the summer of 2018, the Swatch Group, as the largest exhibitor with its brands such as Omega, Longines or Rado, withdrew from Baselworld 2019. This received great interest in the watch industry.

The popular fair was born over 100 years ago in Basel in 1917 as part of the “Basel Mustermesse”. At that time, only 29 of the today’s 831 exhibitors were watch and jewellery manufacturers.  The fair focused on Swiss companies, and it wasn’t until 1973 that it became a „European Jewellery and Watch Fair“ at the same time as the “ Basel Mustermesse”. Just two years later, it recorded record numbers: 60,000 trade visitors visited the popular trade fair. In 1984 it was renamed “Basel 84” – only since 2003 has the event come under the name Baselworld. Since 1986, it has also been open to non-European exhibitors. 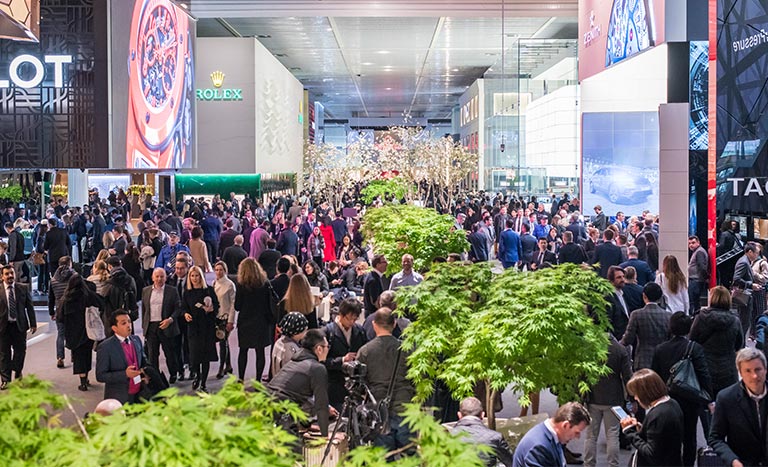 The second major Swiss watch and jewellery fair is the SIHH (Salon International de la Haute Horlogerie) in Geneva. It has been taking place every January since 1991 and has since then been a meeting place for trade visitors and manufacturers, as well as watch enthusiasts and collectors. Among the exhibitors in recent years, they include A. Lange & Söhne, Audemars Piguet, Baume & Mercier, Cartier, IWC and many more.

On 35,000 square feet of exhibition space, about 35 watch brands and independent master watchmakers present their innovations and developments. Yearly, the fair attracts about 20,000 visitors. During the first four days, only trade visitors and press are allowed. For the remainder of the event, it is open to all interested and private persons. The exclusive ambience offers a communication platform and a meeting place for watch connoisseurs and enthusiasts from all over the world.

The Hong Kong Watch & Clock Fair is a trade show held annually since 1982 in Hong Kong. It is organized by the Hong Kong Trade Development Council (HKTDC), the Hong Kong Watch Manufacturers Association Ltd. and The Federation of Hong Kong Watch Trades and Industries Ltd. The fair runs for five days and always takes place in September at the Hong Kong Convention and Exhibition Center. In addition to Hong Kong brands, international labels are also represented. In addition to the exhibition of high-quality watches, the fair also offers a platform for exchange and networking. One of the highlights of the event is the integrated Brand Name Gallery, which displays the fashionable timepieces of the top brands. Another highlight is the Pageant of Eternity – an exhibition of high-end luxury watches that promote their unique watchmaking and beauty of the exclusive pieces.

A rather new event week in the world of watches is the Dubai Watch Week, which was founded in 2015 by Ahmed Seddiqi & Sons. It is one of the largest non-commercial events in the watch business designed to preserve watch culture and heritage. The international watch world comes together; from brands, watchmakers, collectors to press and media representatives,  everybody is here. The aim of the Dubai Watch Week is to create a platform for discussion, knowledge transfer and sharing of valuable expertise in watchmaking and watch technology. Master watchmakers from all over the world are given the opportunity to pass on their knowledge to the next generations of watchmakers. For this purpose, the Dubai Watch Week offers special programs, which are curated and redesigned annually. The fair is held under the patronage of Sheikha Latifa Bint Mohammed Bin Rashid Al Maktoum, Deputy Chairwoman of the Dubai Culture & Arts Authority. 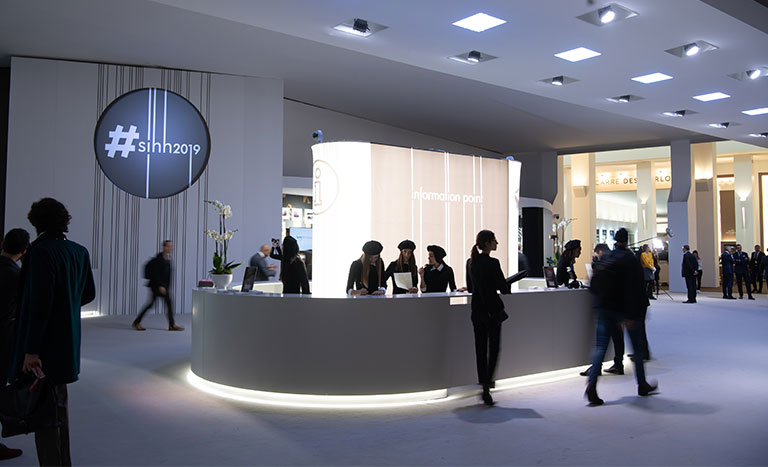 All in all, it will be interesting to see how the watch fairs will develop worldwide in the next few years. Initially, the new CEO of the Baselworld watch fair had initiated a coordination with the SIHH in Geneva in response to Swatch Group’s withdrawal. Baselworld and SIHH recently announced that they will take place in direct succession in the future.