A repeater is one of the particularly complex refinements that can be made to a movement. Despite their immense value, the fine mechanisms are anything but easy to recognize. A small lever on the left edge of the watch case is often the only indication of the repeater complication on the inside. Only when the slider is pushed, the sound of the repeater begins to play. Then, the next challenge awaits you, because "telling the time" by interpreting the acoustic signal of the percussive mechanism is an art in itself.

What exactly is a repeater?

The term repeater comes from the Latin word "repetitio". The repeater in a watch is therefore the acoustic replication of the time at which the repeater was activated. A movement with a repeater is therefore capable of acoustically reading a specific time.  The following types of repeaters are most common in watches:

The hour and quarter repeater may be familiar from old kitchen or wall clocks. They strike automatically when a quarter or whole hour has passed. In pocket watches and wristwatches, the repetition is often started manually. Then, depending on the complexity, different sequences sound as the time is struck.

The minute repeater is the pinnacle of a watchmaker's technical expertise. It repeats its beats until the number of hours, quarters and minutes is indicated. It often distinguishes one of the Grandes Complications, the masterpieces of a watchmaker. 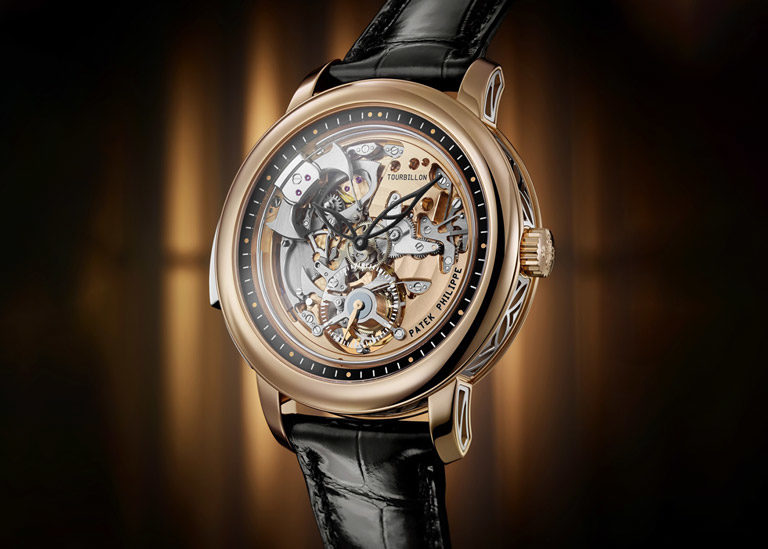 
The invention of the repeater

The origins of the repeater's percussive mechanism hearken back to the time when pocket watches and wristwatches were still a rarity. In those days, the ringing of church bells provided the structure of the day, which can be considered the first repeaters.

From church bells to a complication for luxury watches

How did the repeater find its way from a church tower to the wrist? The more the technology of movements improved and timepieces in all possible variations made their way into everyday living, the greater the demand for timepieces that featured the repeater complication. The smaller a movement is, the more complex the construction of a repeater movement is. Only a few watch manufacturers, such as IWC or Patek Philippe, have the necessary expertise to be able to make them. Wristwatches with a repeater are consequently not very common. Generally speaking, the more accurately the mechanism can tell the time, the fewer the models. As a result, the performance of these timepieces also increases continuously. In addition to fascinating, highly complex masterpieces of watchmaking, luxury watches with a repeater, such as the Patek Philippe Grand Complications, are above all a good investment for people who are interested in collecting watches.


How does a repeater work?

The seemingly simple activation of the repeater by the slider or lever sets in motion a whole series of complex mechanisms that are necessary to make the acoustic sound. Let us explain in detail what happens inside a watch when the repeater’s chiming sequence is activated.

The chiming sequence behind the repeater

To ensure that there is enough energy for the repeater, the "all or nothing" mechanism is built into the repeater. This was invented in 1720 and provides that the repeater process is only carried out when the slide or lever has been fully actuated, thus fully tensioning the spring. Once this threshold has been reached, the time which should be struck is determined simultaneously with the tensioning. This is done by racks, gearwheel-like components that read the current time from the snails. The snails are cam wheels, which transmits the current position of the time. 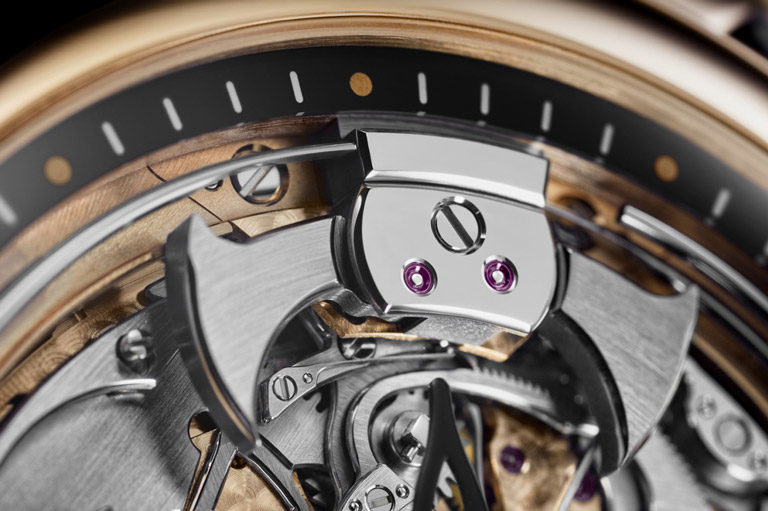 
In the most elaborate repeater, the minute repeater, three of the cam wheels are located in the movement. The height of such a snail is about the thickness of a hair. So, for example, at 3 o'clock, a bow of the rack reaches to the third position of the snail. As soon as you release the lever, the spring is released and thus returns the rack to its starting position. In doing so, it strikes a small hammer, in this instance three times, which in turn transfers an impulse to a tone-spring. The sound is produced by tone-springs which are struck by the hammers. In addition to the laborious work of attaching the springs to the movement, there is also the tuning of the springs. Tiny files are used to remove some of the spring's material, often only in particles, until the tone is right. But it is not only the "tension" of the spring that is decisive. The material used and the type of alloy also have a decisive influence on whether we perceive the pitch of the repetition as "correct". If a master watchmaker is unsatisfied with the tone, the components of the repeater must be completely removed and reassembled after adjustment.

The time required and the necessary expertise of the handful of experts in the art of the repeater are just two of the reasons why luxury watches with repeater are often precious one-off timepieces and why they are considered to be masterpieces of Haute Horlogerie.


How to tell the time using a repeater

The effort that the watchmakers invest in the conceptual design and construction of the repeater can be heard in its different sounds. The difference between hours, quarters and minutes is made clear by different pitches and/or a sequence of chimes. The most common is the three-quarter chime, where a quarter-hour is struck each time and the full hour is marked by a blow on a spring tuned to a different pitch. The petite sonnerie indicates the quarter hours with two beats and the full hours with a lower or higher tone. In comparison, a grande sonnerie is when the timepiece can sound the hours, quarters and minutes using different pitches.

The best way to explain how a person can tell the time, or rather listened to the time, is to use a specific time as an example. Let's assume that someone had pressed their repeater at the moment when Neil Armstrong was the first man to set foot on the moon. This happened at 3:52 AM Central European Time. The clock would now have made the following sequence of sounds: the first three beats of the clock mark the hours. After that, double tones will usually follow to represent the quarter hours – in this case, there would have been three of them. The indication of time would have been finished by a higher tone, which would complete the individual minutes, in this case seven.