How do watches with a manual winding work?

Winding a watch would appear to be a simple process, as it is not that difficult. But those who have intentionally chosen a watch with a manual winding know what this seemingly simple process entails. It sets a series of mechanical processes in motion, each one of which is an extraordinary feat of craftsmanship. All together they form the masterpiece that is the mechanical watch.


The functioning of watches with manual winding

Whereas in the past, people used to use winding keys to wind watches, today this is usually done by turning a winding crown on pocket watches and wristwatches. This was invented by Patek Philippe and dates back to 1845.

Energy is needed to drive the movement. In hand-wound watches, this energy is provided by turning the crown and stored in the mainspring. The mechanical energy is transferred to the mainspring via the winding wheels and the ratchet wheel. The ratchet wheel prevents the gear wheels from moving backwards. The mainspring serves as an energy storage device in mechanical watches. The wound mainspring now slowly unwinds and transfers its energy to the movement. Tension springs can be considered as simultaneously elastic and extremely hard wire. Nowadays, these consist of chrome-nickel steel or Nivaflex, which is a mixture of cobalt, nickel and chrome and allows a much more even discharge of force than tension springs made of pure steel. 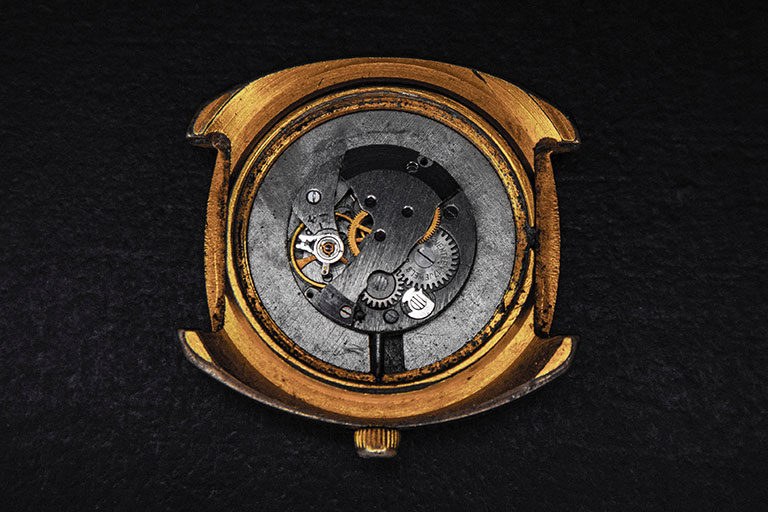 Most models with a manual movement have an average power reserve of 40 hours. If the reserve is nearing its end, the accuracy of the watch may decrease. It is therefore recommended that hand-wound watches be wound once a day, preferably at the same time.

The watch industry is characterized by the fact that it does not ignore technical progress. Ever since time began to be measured, the desire has grown to do this with ever greater precision and ingenuity. Naturally, watches with manual windings seem a bit antiquated. However, they also have their advantages. First of all, there is the possibility to design thinner watches because there is no need for a rotor, which is the mechanism that converts kinetic energy in an automatic watch. This is why they are popular as dress watches and for festive occasions. Moreover, for many watch enthusiasts, winding a watch also has a certain romantic quality and has become a ritual that is performed before the watch is finally put on – a moment of contemplation. On the one hand, this breathes new life into the watch, on the other hand, this reminds us of its true function: to show us that time is constantly advancing. 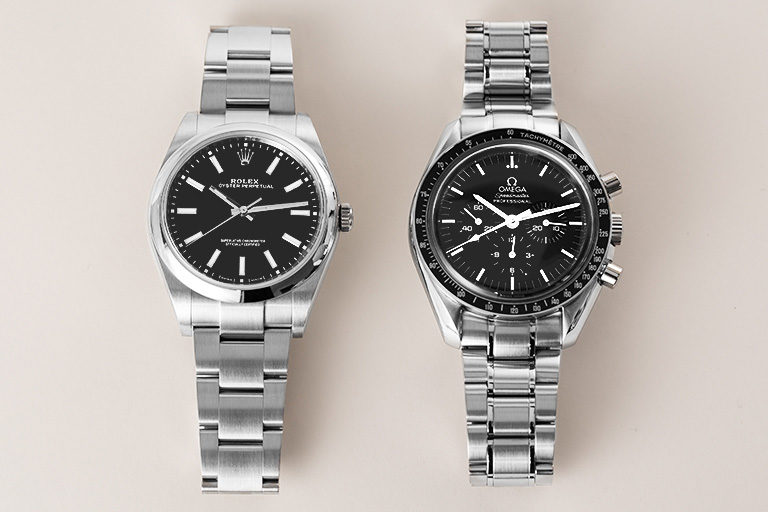 
Here is an overview of the advantages and disadvantages of watches with a manual winding in comparison with automatic watches.


Classic to extraordinary: Watches with a manual winding

Although the manual movement is said to be less common than the self-winding mechanism, there are some special and well-known models, which have such a mechanism. The three models below could hardly be more varied and yet they have one thing in common: the manual winding.

The Calatrava: A hand-wound watch with eternal elegance

The Patek Philippe Calatrava is considered one of the most aesthetically pleasing wristwatches of all time. The success story of this series dates back to the 1930s. Back then, the watchmakers wanted to create a watch that would achieve a unique, timeless appearance by concentrating on the essential and dispensing with superfluous features. Its perfect, round shape is completed by an understated dial and a modest leather strap. Thanks to its manual winding, the watch is thin enough to be worn not only for chic events but also for everyday use. 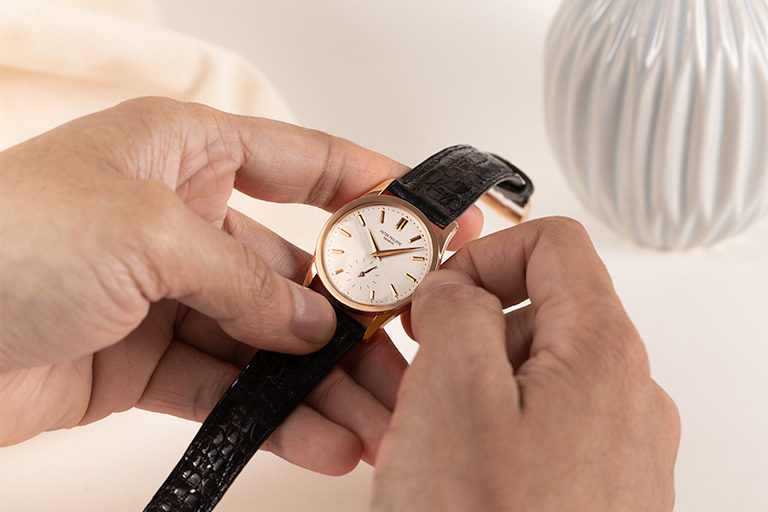 The Moonwatch impresses with its craftsmanship

The Omega Speedmaster series is known far beyond the circles of watch enthusiasts due to its historic past as the first watch on the moon. Although the moon landing was a technical achievement, NASA relied on hand-wound watches like the Speedmaster Moonwatch. However, the newer models of the Omega Speedmaster Chronograph do not have to hide in the shadow of the vintage references of this series. Now equipped with Caliber 1863, a descendant of the movement that was on the moon, and a glazed case back, the Speedmaster has earned its place in the present day.

Extravagance with manual winding by Mouawad

In its exclusive timepieces, the Mouawad family combines technical masterpieces with the most precious materials. Elaborate decoration with precious stones especially makes these models stand out. Less of a reference for everyday use, the Grande Ellipse Chrono Monopoussior Tourbillon with a manual winding is a small work of art in itself due to its complications. The name Monopoussoir (French for "monopusher") refers to another special feature of the model. Unlike normal chronographs, the watch's start and stop functions are controlled by a single pusher (i.e. the monopusher).