Henry Ford, founder of the Ford Motor Company, once said, "Auto racing began five minutes after the second car was built." He probably has a point. Race drivers have always pushed the limits of what is possible and constantly competed with rivals in breakneck battles. As a logical consequence, the need to precisely measure time and speed soon arose. This is where luxury watches come into play, because racing watches allow you to measure time while driving.

Monza, Carrera, Daytona and Monaco: these words have a magical attraction for many motorsport enthusiasts. Not only are all these names popular series of luxury watches, but also world-famous race tracks that quicken the heartbeat of every racing fan. Whether the legendary and dangerous "Carrera Panamericana" race or the high-speed track at Daytona Beach, all of these words have the following in common: fast cars and precise timepieces.

It's no wonder that even among the luxury watchmakers, there are friends of high-performance cars who are devoted to an ongoing test of strength on the race tracks of the world. This is why entire watch series are developed according to the needs of the drivers and named after legendary races. 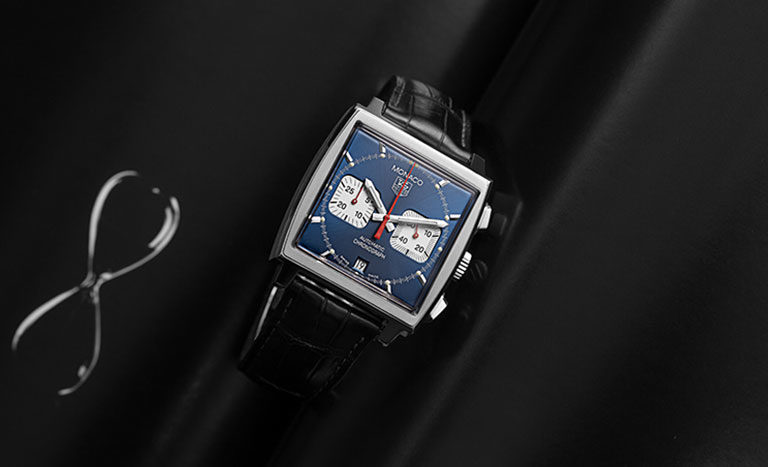 Inspired by the Carrera Panamericana

Jack Heuer, former managing director of the watch manufacturer Heuer, is one of these friends of motorsports. His enthusiasm for the Carrera Panamericana on the streets of Mexico led him to develop the Heuer Carrera. This is a chronograph, similar to the pilot's watches, which were also very popular at that time, but which would now allow race car drivers and the pit crew to measure speed using a tachymeter scale and lap times using an integrated stopwatch. However, when the Heuer Carrera took to the stage in 1963, it faced a tough competitor. The same year that Heuer launched the Carrera, another manufacturer presented its first and only chronograph.

The Rolex Daytona Cosmograph was officially introduced as a timepiece for motorsports and, in terms of the ultimate icon of racing, it became the competition for Heuer. But the Daytona had a hard time in the beginning. Its now legendary reputation was ultimately helped by none other than motorsports icon Paul Newman. He wore his Daytona for over 30 years, which contributed to the great popularity of the Daytona and made it one of the most sought-after models from the brand. 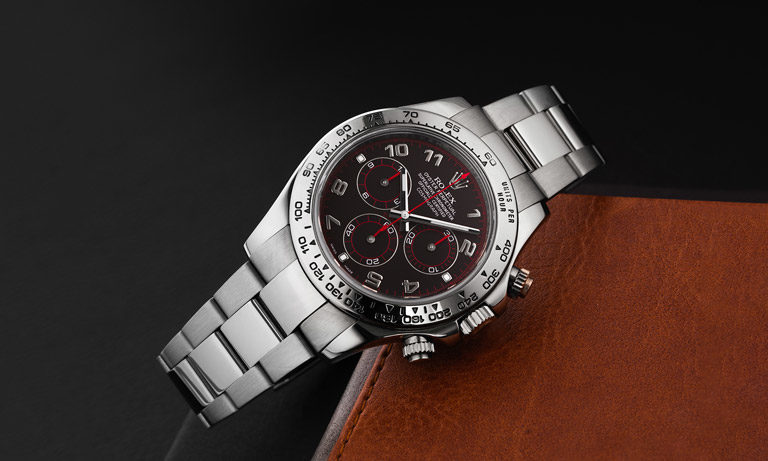 
How does the tachymeter scale on a racing watch work?

If you take a closer look at luxury watches, sooner or later you will come across the concept of the tachymeter scale. If you own a chronograph, then you are most likely delighted with your tachymeter scale. In most cases, this is located directly on the bezel or as the outermost ring on the dial. It indicates the value of an hour that has elapsed since the second hand was at the 12 o'clock position. At 6 o'clock on the scale, i.e., after 30 seconds, the number 120 is displayed, since 1/120 of an hour has passed. The unit of measurement on a tachymeter scale is 1 per hour. Therefore, when multiplied by any length, the result is the change of this value per time, for example, kilometres per hour (km/h).

A tachymeter scale eliminates the need for the wearer to divide the measuring unit by the measured time in seconds and then multiply it by 3600 seconds per hour. In other words, the scale can be used to measure the speed of a car, for example. The second hand indicates the speed for a certain distance, for example, one kilometre. If you start your journey at the moment when the second hand passes the 12 o'clock position, you can see how fast you were when you crossed the target distance by looking at the watch. If it took you 25 seconds to cover the distance of one kilometre, you were travelling at 145 km/h.


The trinity of racing watches

Three of the largest luxury watch manufacturers have produced excellent timepieces, all of which are designed for motorsports and bring the flair of the race tracks to your wrist. 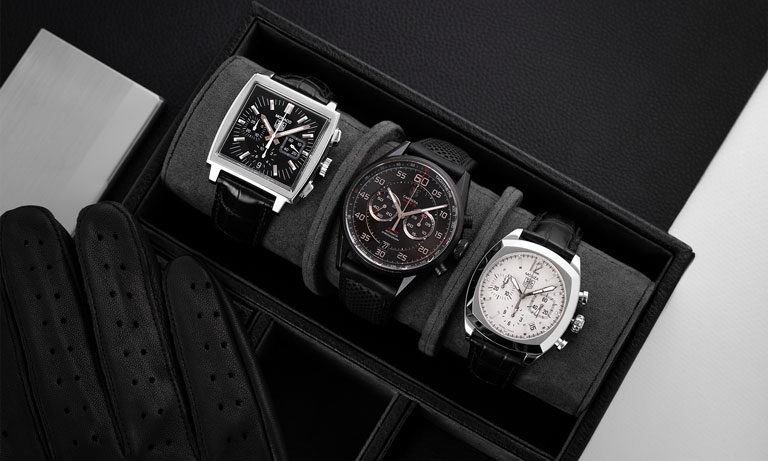 
Racing watches for everyday use

Racing watches exude their very own charm. They appear sporty, elegant and effortlessly confident on the wrists of their owners. Whether they participate in major races such as the 24 Hours of Le Mans or only briefly use the left lane on the motorway for passing manoeuvres is irrelevant. Watches like the Carrera and others can be combined with a tailored suit just as well as with jeans and T-shirt to be worn as an everyday watch. If you are looking for one very special watch, do not overlook racing chronographs. With this kind of timepiece, one enjoys a competent and reliable partner at your side for any situation.