While some complications such as the perpetual calendar or the moon phase reveal much about their function simply by virtue of their name, the rattrapante is different. Its other common designations such as split-second or double chronograph are also not very helpful at first. This is why we would like to tell you a little more about the functionality and history of one of the most demanding complications in the world of Haute Horlogerie.

What is a rattrapante or split-second chronograph?

A chronograph that has a rattrapante or split-second hand complication has a second hand for seconds that is located underneath the actual stop second hand. Until it is released, it is located under the second hand and unnoticeable. However, when the first pusher is pressed, it stops and marks a split time. When the corresponding pusher is pressed again, it immediately catches up with the central chronograph hand. This process is described in French with the verb "rattraper", which means "to catch up" or "to recover" in English. In the past, it was also called the "fly-back second". 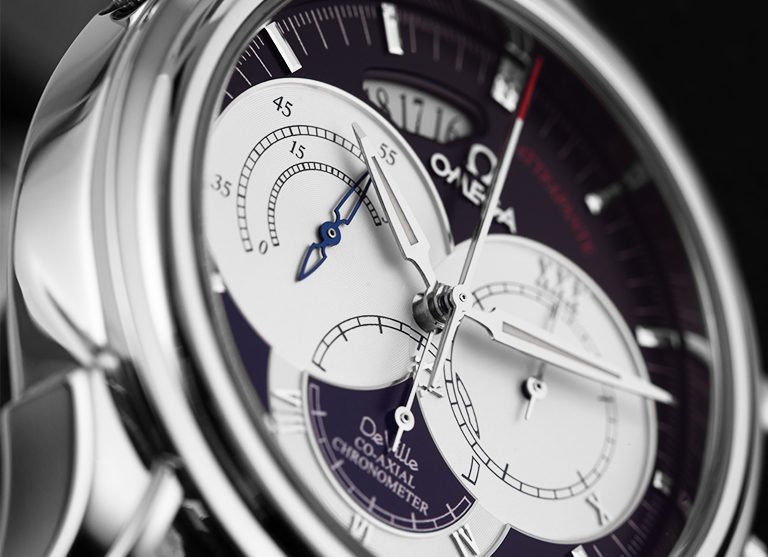 
The development of the rattrapante mechanism

The split-second mechanism and heart-shaped cam

The origin of the rattrapante complication can be traced back to the first half of the 19th century and was largely influenced by two watchmakers. In 1831, Joseph Thaddäus Winnerl developed a pocket watch with a "free second" (French: seconde independante), in which the second hand could be stopped and started independently of the movement and as often as desired. Seven years later, in 1838, Winnerl presented a model in which for the first time two superimposed second hands marking the beginning and end of a measurement. This function was known as the split-second mechanism.

The problem with both mechanisms, however, was that the second hands returned to their starting point very slowly. Charles Victor Adolphe addressed this problem in 1844 with a patent for a mechanism that enabled the chronograph hand to be reset to zero immediately. The rattrapante heart cam is a small heart-shaped disc attached to the shaft of the second wheel. When the pusher is pressed, the stop second hand connects to the movement and would be set to zero. In 1862, an English patent was granted for the zero function in chronographs. However, this technology was developed by Henri Féréol Piguet, one of Adolphe's employees.

The rattrapante on the rise

Double chronographs were given their current design in 1880, when the double-hand mechanism was placed above the movement and thus became visible. A characteristic visual feature of a chronograph with rattrapante is the additional pusher, which is either the third pusher on the case, classically located at 10 o'clock, or is located in the winding crown and actuated there. In earlier times, however, this mechanism required a lot of space and double chronographs were only available in pocket watch form for a long time.

However, as the wristwatch gradually established itself as the common form of timepiece, the demand for complicated luxury watches also increased. In the 1920s, the time had finally come: Patek Philippe launched the first wristwatch with a split-second chronograph. The construction of this watch model had already begun in 1903 and took 20 years to complete. The prototype with the movement number 124824 and the case number 235326 was sold at an auction in 1999 for $1,918,387 and was the most expensive wristwatch ever sold at that time.

Hard times and a brilliant comeback

The sophisticated technology behind the split-second mechanism quickly made the complication popular. Other watch manufacturers also began production of rattrapante movements. Arguably the most popular ones were made by the Swiss raw movement manufacturer Fabrique d'Ebauches Vénus SA. The movements 179, 185, 189 and 190 are still in great demand among collectors today. This might also be related to their relatively short production time. Produced from 1940 onward, production was stopped again in 1952. Venus was acquired by Ebauches SA, which later became ETA SA, the manufacturer of the famous ETA 7750. As a result of the quartz crisis, the demand for luxury watches decreased rapidly in the 1970s and 80s. 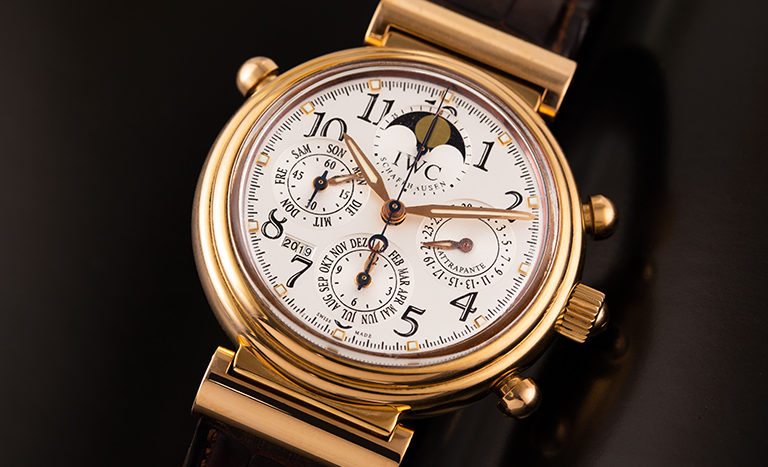 
At the end of the 1980s, Blancpain ushered in the renaissance of the rattrapante mechanism with the Piguet 1181 calibre. Its successor, the Piguet 1186, is supplied to Breitling, Omega and Audemars Piguet, among others. ETA also returned with a new rattrapante mechanism. Based on the ETA Valjoux 7750, Ulysse Nardin and IWC presented their own unique versions of the complication. The Schaffhausen-based company was particularly impressed by the elegance of their models, such as those from the Da Vinci Rattrapante collection. Inspired by vintage marine chronometers, the references radiate a noble vintage charm with their circular cases and detailed dials. If you want to acquire a timeless, classic luxury watch with a rattrapante complication, the Portuguese Chronograph (Ref. IW371480) may be of interest to you. In comparison, the Omega De Ville Rattrapante is timelessly modern. Enhanced by its co-axial calibre and a precise, sleek dial, the series offers convincing arguments to bring the rattrapante mechanism into the 21st century. 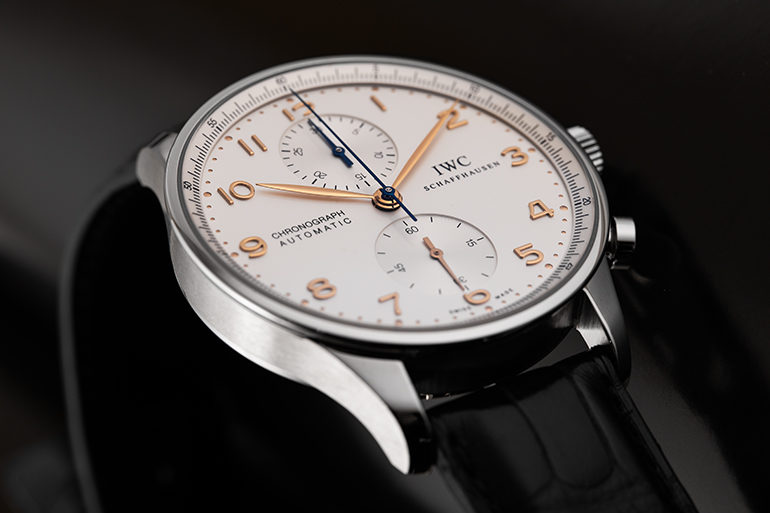 
Despite the arrival of numerous new movements, one fact remained true until 2004: the measurement of the split time during an ongoing timing process was limited to the rotation of the chrono hand, meaning a maximum of 60 seconds. A. Lange & Söhne succeeded in overcoming this in 2004. In addition to the chronograph hand, the Double-Split model features a jumping minute counter that allows intermediate times of up to 30 minutes.

Alongside the rattrapante there is another version, the so-called mono rattrapante. This variation on the rattrapante mechanism is less expensive to produce. Since a mono rattrapante only has one chrono hand, the eponymous "rattraper" of the second hand is arguably not possible. Additionally, there are only two pushers on the case. The top pusher triggers the start-stop function. By pressing the lower pusher, the hand stops and thus indicates the split time. By pressing the lower pusher again, the pointer jumps to the position where it would have been if it had not been stopped. The luxury watch brand Bovet particularly made a name for itself in the 1940s with the production of timepieces with a mono rattrapante mechanism. The Swiss company's watches were made using the Valjoux movement 84 and these vintage models from Bovet are very popular today, proving that vintage technology continues to fascinate today.