With the exception of watches featuring a digital display, a watch without hands is possible but pointless. It is because of these hands that we are able to keep time, but it took a long time before watches with multiple hands finally became the standard. We would like to take a closer look at the development of watch hands and the different types of watch hands.

First, one and then, two

The earliest clock hands were quite literally only a shadow of themselves. Sundials were used as early as 2000 years ago and continued to be in use until the 19th century. They consisted of a rod that was aligned with the earth's axis and cast a shadow over a scaled area. The characteristic arrow shape of watch hands was derived from the rod’s shadow and markings on antique water clocks (Greek: clepsydra). This design can be found on the first tower clocks starting from the 15th century.

The visualization of time on a scale or dial appeared commonly as one hand on a timepiece in earlier times. The first watches were only single-handed models that indicated the hour. Often sundials were used to set the then still inaccurate mechanical clocks. 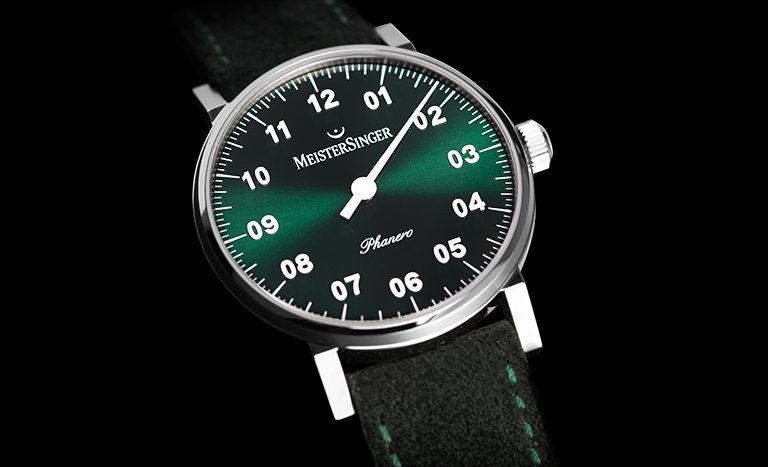 
This remained the case until the end of the 17th century. Then considerable innovations developed with Christiaan Huygens' invention of the balance spring and Daniel Quares' further development of the hand mechanism, which increased the accuracy of the watches to such an extent that a more precise indication of time came in the form of a minute hand. However, it wasn't until the 18th century before two-handed models became widely accepted. From this time until the Renaissance, the hour hand was typically longer than the minute hand.


The size and design of hands

Depending on the manufacturer, the sizes of watch hands can vary. However, the proportions of watch hands are largely based on the golden ratio. Using this standard, the hour hand is ideally a third of the minute hand's length. The second hand is longer than both the hour and minute hands and is balanced by a small weight at its end in the middle of the watch. The hands are connected to the movement by the centre wheel pivot and are secured by a plate. This construction has been given a certain amount of leeway so that they can still move and be adjusted on the dial without resistance.

The highest quality hands are manufactured by Aiguilla in Biel, Estima in Grenchen, and Universo in La Chaux-de-Fonds in Switzerland. However, the finishing of the hands is the watchmaker’s signature, which gives their timepieces a recognizable appearance by means of unique watch hands and decorations.


Watches with four and more hands

Even though there has been a trend among some watch manufacturers in recent years to bring watch models with only one hand back onto the market, two and three-hand models have established themselves as the standard. Still, there are watch models with four or more hands, for example, chronographs, which often have additional hands for the totalizers. A fourth hand is also often used on GMT watches, which mark a second time zone with another hand. 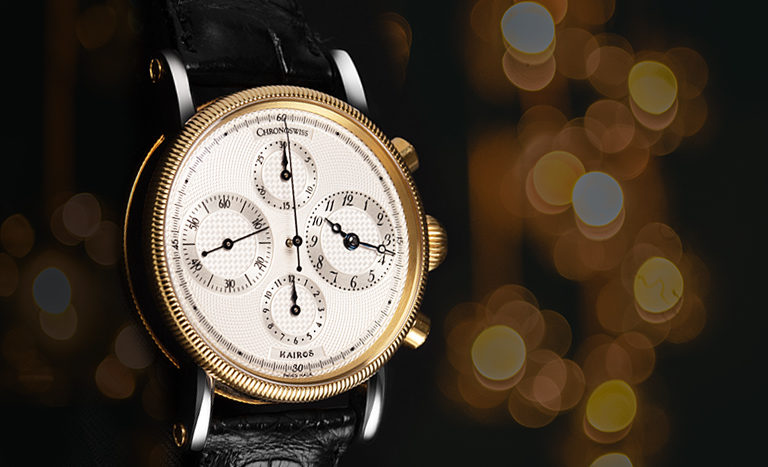 
The various types of watch hands

After the wristwatch had become an everyday article, the number of different types of hands increased. At its peak, some companies offered almost 1,000 types of hands, but the following provides a good overview of the various designs of hands available.

Bar hands are also called pointers. They are straight and offer enough space for a coating of luminous material. Bar hands are often found in sporty watch models, which are a reliable companion both at home and on the road due to their good readability. Audemars Piguet's classic, the Royal Oak, with its classic design and bar hands, is a good example. It impressed experts and critics at the time with its straightforward stainless steel appearance, which is further emphasized by its bar hands.

The name of the lance hand is derived from its pointed shape, which is reminiscent of a small lance (French: lancette). If the corners at the beginning of the pointer are strongly rounded to a drop shape, it is also called a feuille or leaf shape. This design is often used for classic dress watches, such as the 1815 von A. Lange & Söhne. 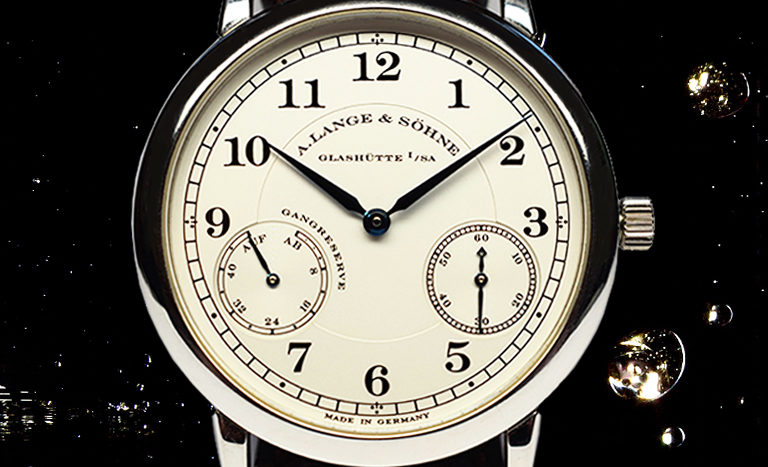 A very similar shape to that of the lance hand is the lozenge hand. The widest part of the pointer is located further in the middle and the whole shape is reminiscent of an elongated rhombus. The IWC Pilots Chronograph has hands in this style.

Sword hands or dauphine hands have a wide base and taper continuously from the base to the end. Like lance hands, this style is mainly found on dress watches from luxury watch brands such as the Clifton von Baume & Mercier.

Abraham Louis Breguet is considered one of the most important watchmakers in history. Breguet's inventions include the first automatic watch and the first wristwatch. The hands bearing his name are not only found Breguet watches, but also in the brand's logo. Their distinct look is due to their circular gaps in the upper part of the hand. 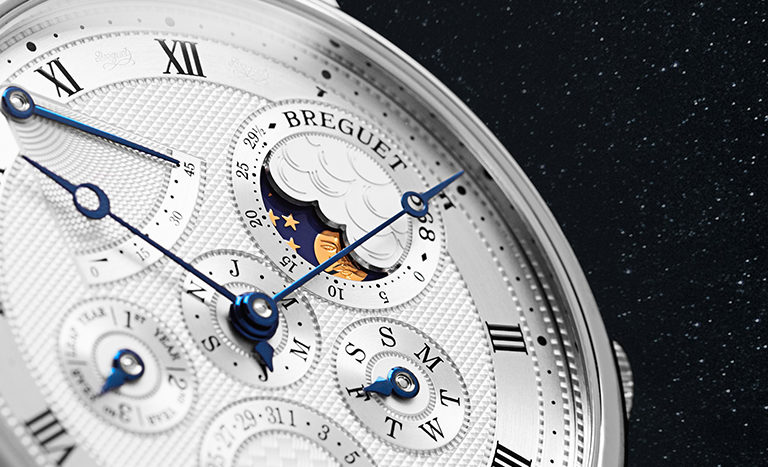 Rolex developed its own hand shape for the Submariner, Yacht-Master und Explorer series. Because these watches were developed for professional groups that are often in the dark, Rolex wanted to give the hands a large surface area with luminescent material. However, the problem was that the substance, which was applied in liquid form at the time, ran the risk of cracking when it dried if it was applied over too large an area. Rolex solved this problem by dividing the surface into smaller sections. This resulted in the signature Rolex hour hand with a circular section at the tip. Because of its Y-shaped divisions, the hands soon got the nickname of "Mercedes hands". This design was also adopted by other manufacturers, as it increased the readability of the hour and minute hands. 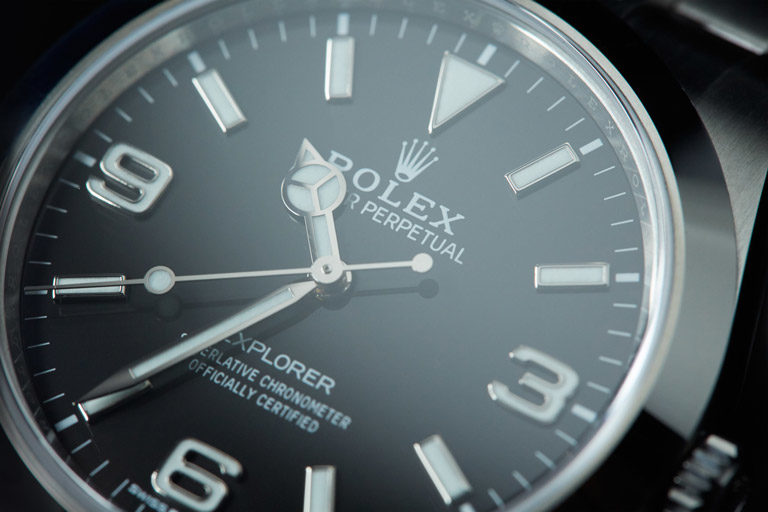 
However, Rolex is not the only manufacturer to make special designs for its watches. Aside from the rare forms of the cathedral and Louis XV hands, there are numerous other styles – in fact, too many to cover here. However, this list has touched on the most important and most common forms for hands.


A further function of the watch hand: Clockwise rotation

In addition to the time, watch hands also indicate the direction in which the watch runs. Nowadays, it is taken for granted that the hands turn clockwise. We refer to rotation as clockwise, which is synonymous for right-hand rotation. But it wasn't until the 16th century that this became standard. At this time, clocks that turned to the left were just as widespread as the models that turned clockwise.

It is believed that the clockwise rotating standard became accepted because it resembled the course of the shadow on sundials in the northern hemisphere. Since the development of watches mainly took place there, this way of reading a clock also prevailed. Whereas in the southern hemisphere, the hands of a sundial would be read in the opposite manner.


The largest watch hands in the world

The world's largest clock hands are in Mecca and were installed in the world's largest tower clock in the Mecca Royal Clock Tower Hotel, whose gigantic dimensions are difficult to imagine. On the four dials, each of which has a staggering diameter of 43 metres, there is a 17-metre long hour hand and a 23-metre long minute hand. Each of the hands weighs about 7.5 tons.