From lever to co-axial escapements: How the escapement in your watch keeps the time

What is the escapement in a watch?

A control system is needed to ensure that watches keep a steady rate. This regulates the energy of the gear train generated by winding the spring and transmits it evenly. This function is performed by the escapement of the watch, which periodically brings the gear train to a stop and releases it again. Whether you are an experienced watch enthusiast or an interested newcomer to the world of watches – most people have probably never seen an escapement. However, the hypnotic sound of a perfectly functioning movement provided by the escapement is familiar to most people. This is created by the interaction of the escapement wheel and a part of the escapement with the balance.


The 7 phases of the escapement mechanism 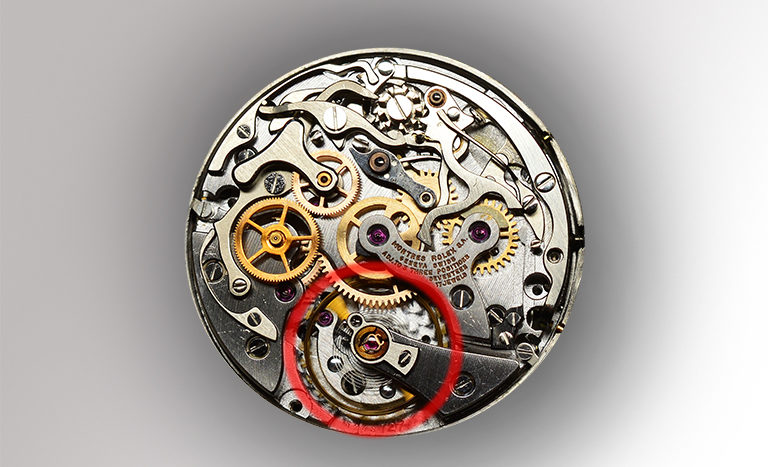 The different types of escapements in watches

This simple mechanism allows a great deal of freedom for further variations and innovations, which is why over 250 different types of escapements have been developed to date. For the sake of clarity, these can be divided into three subgroups: drawback, anchor and detached escapements.

The first escapement systems in clocks were recoil escapements. In a recirculating escapement, the balance wheel is driven by an impulse and stopped in a first phase and in the second phase the direction of swing is reversed. So, the escapement wheel is always rotated a little in reverse.

The most common form of this escapement is the spindle escapement, also called verge escapement, which was the standard for mechanical watches from 1480 to 1720 and was even used for pocket watches until the 19th century. In the beginning, spindle escapements were still used with a verge rod, also known as a foliot, before switching to the pendulum as an oscillator. Later, the balance wheel with a mainspring prevailed, which made watches finally mobile and able to be worn on the arm – a decisive step in the history of the wristwatch.

The disadvantage of the recoil escapement is the limited range of the balance. The broader a balance can oscillate (preferably 220° and above), the more accurate it is able to work. With a spindle escapement, however, a maximum arc of 100° is possible, which led to limited precision in these timepieces. At the same time, pendulum clocks with less than 5° only need a very small oscillation range, which is why the wide swings of the spindle escapement led to high rate deviation.

The retroactive transfer of energy to the gear controller is realized through the so-called recoil when the escapement is at rest. After the contact between the pallet tooth and the resting surface, the tooth slides over the inclined surface of the pallet arm and lifts it up, thereby transmitting a forward impulse to the wheel.

The most well-known anchor escapement is the Graham escapement developed by George Graham. It is so influential that most pendulum clocks still apply the principles of Graham's work today. For portable watches with a balance wheel, Graham later improved the cylinder escapement invented by Thomas Tompion, which soon replaced the verge escapement. 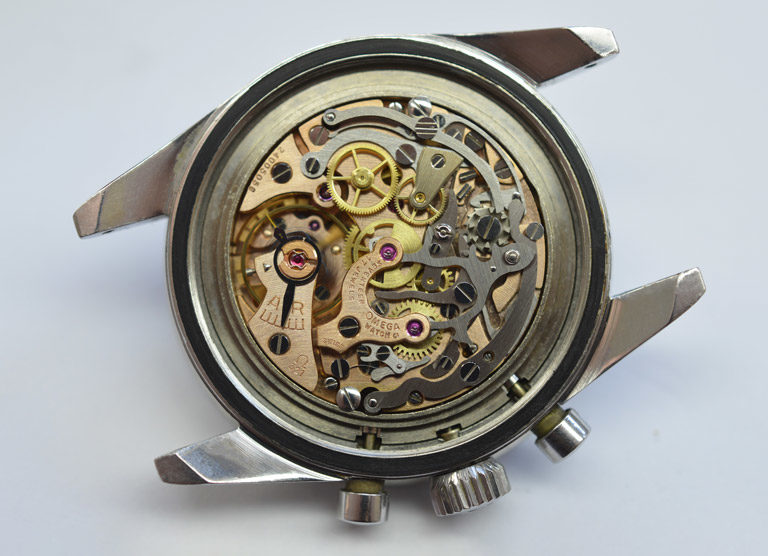 The innovations of Omega and Girard-Perregaux

The Swiss lever escapement is still the dominant and most commonly employed escapement. However, there have still been many attempts to develop even better types of escapements.

Girard-Perregaux also applied for a patent for a newly designed escapement. Developed by Nicolas Déhon, the constant escapement ensures that the impulses transmitted to the oscillation mechanism are uniform in size. This results in a consistent amplitude of the balance's oscillation and an extremely high degree of accuracy in a watch.