As the first and only watch ever on the moon, the Speedmaster Moonwatch has made history with Buzz Aldrin. With its robust design and high precision, the “Speedy” not only convinced NASA but watch enthusiasts worldwide.  More 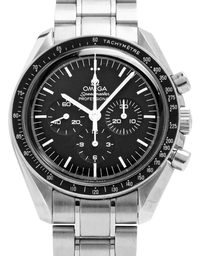 The Watchmaster online shop offers pre-owned Omega Speedmaster Moonwatch chronographs at comparably low prices. In addition, you will find many vintage Speedmaster models from the 1960s or 70s, but also Moonwatch watches from more recent years. You can choose from various payment options: You can pay by credit card, instant bank transfer or PayPal, or alternatively, you can finance your purchase over a longer period of time in individual instalments. Please feel free to inform yourself on our website or contact our customer service. We look forward to assisting you!


The Omega Speedmaster is a very special watch: as the first and only watch on the moon so far, the "Moonwatch" made a name for itself on the wrist of Buzz Aldrin in 1969 and has since then become an absolute classic among watch fans. Also known by fans as “Speedy”, it not only withstands the extreme conditions in outer space, but also looks good to a suit. The timeless design of the Moonwatch has remained almost unchanged over the years and is still today a tribute to the historic moon mission of that time. It pays off to invest in luxury models: Used, certified luxury watches such as the Omega Speedmaster are often collectibles and experience a constant increase in value over the years. 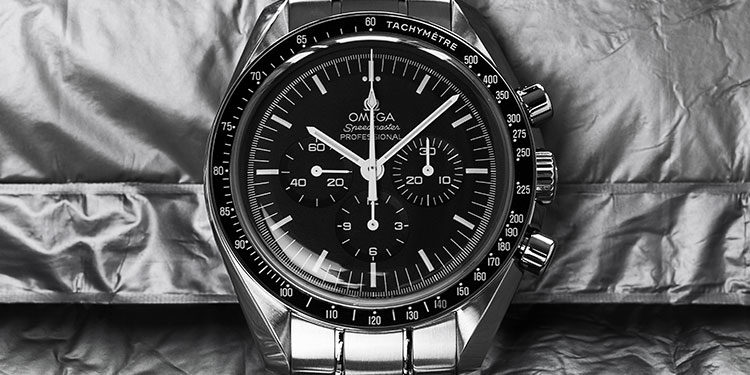 Features of the Collection

The current classic Speedmaster Moonwatch from Omega has a 42 mm stainless steel case. Since there is no gravity in space, an automatic movement would have no function here. The Speedmaster Moonwatch is therefore equipped with a manual wind mechanism. The black bezel is equipped with a tachymeter scale, which makes calculating your own speed much easier. Equipped with a calibre 1861 or 1863 it is a faithful companion who always brings you to your destination on time.

Particularly striking is the onyx black dial, which has 3 sub-dials, the "small second", "30 minutes" and "12 hours". The latter two work together with the chronograph function. It is waterproof up to 50m. The Original Moonwatch features a Hesalite crystal instead of the commonly used sapphire crystal. A sapphire crystal would have had the disadvantage in space, to splinter easier. Hesalite crystal thus guarantees the safety of astronauts without sacrificing quality or readability. You do not have to fly into space right away to focus on the classic and sporty design of the Speedmaster. Also on the ground, it is the perfect companion in all situations. 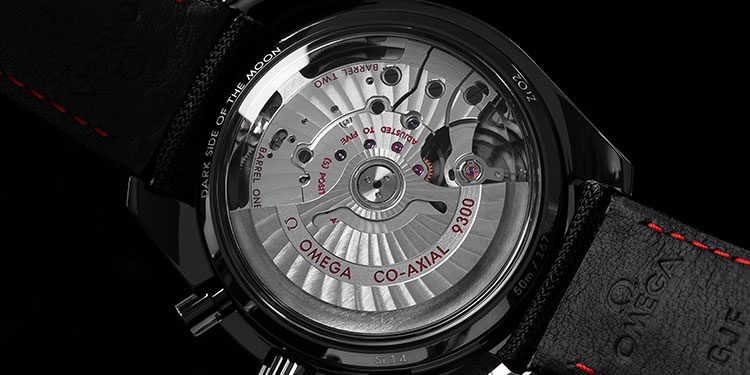 The moonwatch gets its distinctive look through the tachymeter bezel. All classic Moonwatch chronographs are equipped with a stop function and sub-dials. Due to its rich history, many models are wound by hand, but they are now also available with self-winding mechanism. It is available in different sizes with leather, fabric or stainless steel bracelet and in different dial designs. 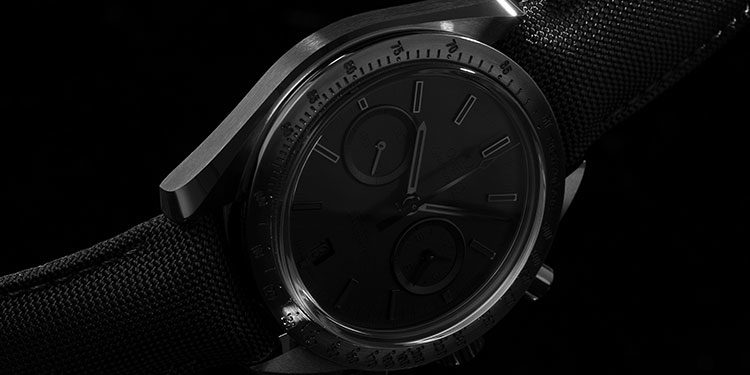 The first watch on the moon

When the first version of Omega's Speedmaster was introduced in 1957, the idea of ​​manned moon flight was a dream of the future. The reference CK2915 was designed to meet the demands of the then very popular racing sport. It is considered the first watch with tachymetric scale on the bezel. Equipped with a precise chronograph function, it was the perfect racer accessory and already proved to be robust and durable.

In 1961, when US President John F. Kennedy announced in his famous speech that he wanted to send Americans to the moon, space became the focus of public attention. In preparation for the Gemini and Apollo missions, NASA went in search of the perfect watch to withstand the extreme situations in space. Watches from different manufacturers have undergone various endurance tests. The Speedmaster excelled in all categories. After exhaustive tests, it achieved in 1965 the status of the official NASA watch. In October it travelled to space with the Gemini-3 mission. What many do not know: The Speedmaster Moonwatch completed its first space flight in 1962. As the private watch of Walter Schirras, it went with him on its Mercury Atlas 8 flight. Their most famous space flight the Speedmaster Moonwatch completed in 1969, when the Apollo 11 mission wrote history. Neil Armstrong, Buzz Aldrin and Michael Collins were the first people to set a foot on the moon.

All three were equipped with Omega Speedmaster Moonwatch models. Since Neil Armstrong, who was the first to set a foot on the moon, had left his watch on board, Buzz Aldrin's watch was actually the first watch on the Moon. When Buzz Aldrin later wanted to send the watch to the National Air and Space Museum, it was lost on the transport and is still missing today.


Other interesting series of Omega