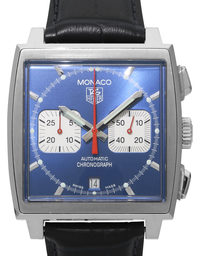 Our online shop has a large selection of TAG Heuer men’s and ladies watches in used and new condition or vintage to offer. You will find also a selection of TAG Heuer smartwatches in our collection. Our certificate of authenticity guarantees that all models have been tested and certified by our watchmakers at our in-house service center. If you've already found your favorite watch, you can conveniently pay for your TAG Heuer by credit card or make your purchase in installments. Our finance option is especially worthwhile if you plan your investment over the long term allowing you to keep money in your account for longer. Pay the purchase amount in small installments over a longer period.
We inform you on our website about all financing possibilities offered by us, acquire your TAG Heuer today. 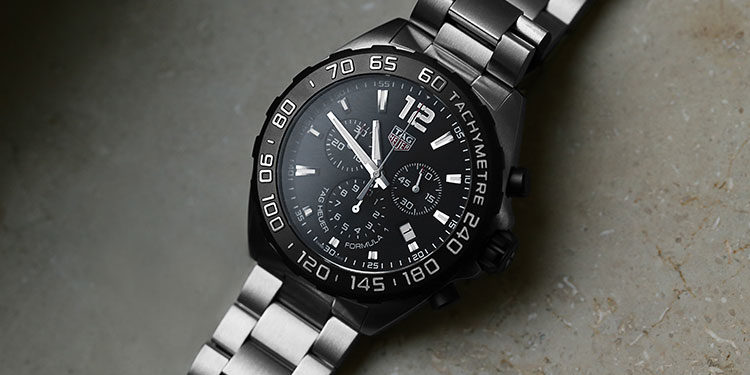 The 5 most popular models from TAG Heuer 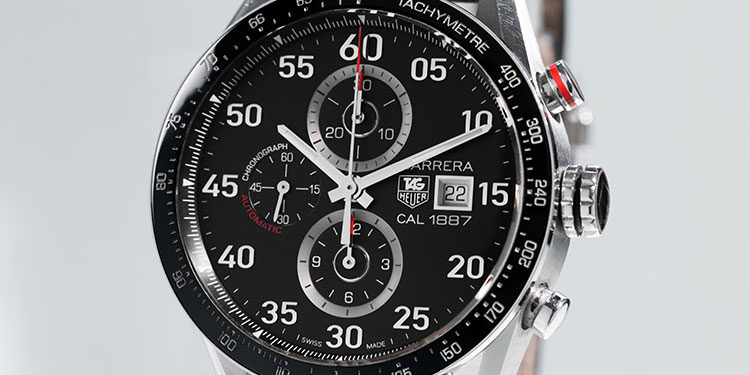 What are the cost of a TAG Heuer? - Models and Prices

TAG Heuer offers best quality movements, which also is reflected in the performance of their models. For example, between 2004 and 2016, the Caliber 12 Automatic Chronograph increased in value from around € 2,500 to € 4,600. Investing in a TAG Heuer watch is therefore a worthwhile consideration. Special editions are constantly increasing in value. 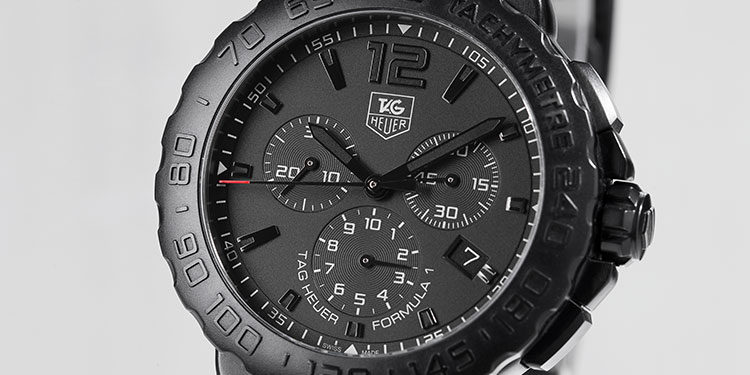 
TAG Heuer is a name that is associated with avant gardism in watchmaking like no other. The company strives to be a rebel in the Swiss watchmaking industry, by breaking traditional watchmaking conventions.

The company is looking back on a success story that is in no way inferior to other major Swiss watch manufacturers. After Edouard Heuer opened his first watchmaking workshop in the small Saint-Imier in the Swiss canton of Basel, the brand, which at that time still ran under the name "Heuer", was soon appreciated for its solid craftsmanship and innovative design.
An important milestone in 1916 was the development of the micrograph. It was the first stopwatch that could stop exactly one hundredth of a second. Only 3 months later, the company even surpassed this record and announced the microtimer Flying 1000, which worked precisely to within one thousandth of a second. The first quartz chronograph with analog display was also introduced almost 70 years later by TAG Heuer.

At the beginning of the 20th century, the company pushed the development of high-precision chronographs. This resulted in connections to various sports, which still characterises the company today. Heuer watches were used as timepieces at various sporting events, including the emerging motorsport. Since 1920, Heuer was the official timekeeper at the Olympics for three consecutive events until they were replaced in 1932 by Omega.
After Heuer was acquired by Techniques d'Avant Garde (TAG) in the 1980s, the company finally received its current name "TAG Heuer".

Even today TAG Heuer surprises again and again with new innovative concepts. In 2004, for example, the Monaco V4 was introduced, which astonished the entire world of watchmaking. It contained the first movement that drives the hands not with cogs, but belts - an innovation that has long been considered not practical.

In 2015, TAG Heuer proved with Connected that traditional watchmaking and smart technology need not be fundamentally separated, with the company partnering with Intel and Google to launch a smartwatch that combines technology with the charm of a classic luxury watch.

"Never Crack under Pressure" - a brand for strong personalities

TAG Heuer's watches are considered a tribute to non-conformism and to extraordinary personalities who follow their own path. In the meantime, TAG Heuer has immortalized this attitude in the guideline "Never crack under pressure", which symbolizes the quality demands of watches and emphasizes the character strength of those for whom they are created.
This is one of the reasons why TAG Heuer works in partnership with prominent athletes and artists - people who give their all on a daily basis and who deliver top performance even under pressure.
The claim to provide high quality luxury at reasonable prices is another contributor to the company's popularity. Series like the Aquaracer and Formula 1 offer a range of great entry-level models that are both stylish and affordable. In 2015, TAG Heuer became known for having the cheapest tourbillon chronograph in Switzerland, considerably cheaper than most comparable models from other brands. 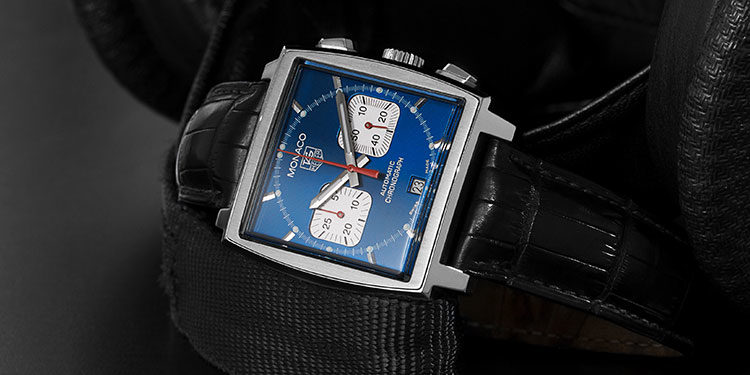 TAG Heuer is known for its racing-inspired style, who’s design plays with the futuristic aesthetics of dashboard displays. Most models are masculine, distinctive and modern.
After Heuer's watches became very popular with racers in the 1970s, the company was increasingly taking root in motorsport. Many of TAG Heuer's best-known models have been tributes to the world of motor racing and further increasing their fans' appreciation with names like Carrera, Monaco and Daytona. The biggest waves struck the racing-affine Hollywood star Steve McQueen, who wore a blue-and-white Monaco in his most famous movie "Le Mans" in 1970. In addition, partnerships with Ferrari and McLaren helped the model gain icon status among fans of various disciplines.
But the notorious TAG Heuer is not limited to the world of motorsport. Today TAG Heuer is popular with countless world stars such as Leonardo DiCaprio, Brad Pitt and Christiano Ronaldo who are often seen with them on their wrists. Together with Tiger Woods, the Swiss manufacturer even developed a "Golf Watch" made of titanium, which can cope with the strong arm movements in golf. The face behind TAG´s current campaign "Do not crack under pressure" is Cara Delevigne.
Anyone who dresses casually will find watches like the TAG Heuer Monaco the perfect complement to this particular attire. At the same time, TAG Heuer also has a range of elegant women's watches, such as the TAG Heuer Carrera Lady, in which the brand's sporting heritage is kept discreet.