Rolex Submariner
116610LV
Don't be scared by the Rolex "Hulk"! This gentle and green giant also has its soft side.
Discover More
Learn more about this watch 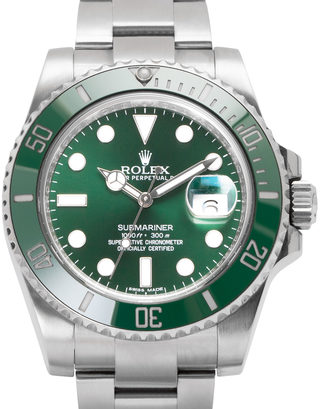 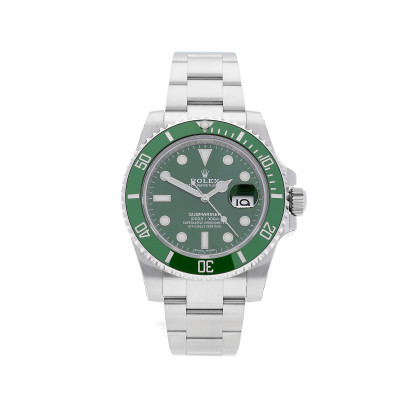 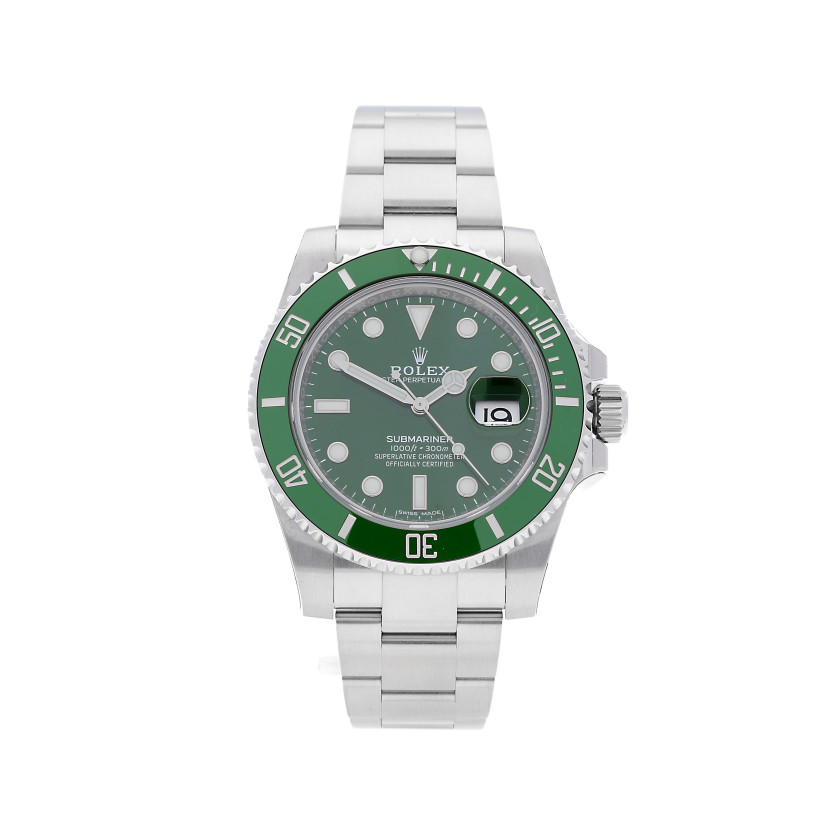 Customers Who Viewed This Rolex Watch Also Viewed
Discover Rolex
Rolex Submariner
Don't be scared by the Rolex "Hulk"! This gentle and green giant also has its soft side.

The green Submariner "Hulk": How Rolex found its way into the modern age

Even if you think naming such a high-tech luxury watch after one of the most brutal superheroes is not the best idea, the green Submariner watch also known as Rolex "Hulk" has established itself and gained a solid fan base. With good reason, if you take a closer look at the specifications below.

The predecessor of the Rolex Hulk was launched in 2003 for the 50th anniversary of the Submariner as a model with a green bezel and black dial, which soon became known as Rolex "Kermit". The model lasted for seven years before it was replaced in 2010 by the Submariner Hulk. Where the black dial was replaced by a green dial. Green always played an important role at Rolex, but was until then mainly used in merchandise and box design.

As it is so often in response to Rolex's radical break with tradition, it was a mixture of curiosity and accusation before the situation calmed down and the Submariner with the reference 116610LV slowly but steadily built up a fanbase. In retrospect, however, the direction that Rolex has taken in recent years can already be guessed at. Where competitors stagnated, Rolex challenged to play with their own traditions and open up to new stylistic ideas. Design is always subjective, but you do not have to find those choices attractive to pay tribute to their consistent implementation.

The Rolex Hulk in price comparison with other models


Pre-owned or new: Competition for the Hulk

Watches with green bezels and/or dials are now available in almost all price ranges and versions, but only a few can compete with the Hulk. Panerai has an exclusive series called the "Green Dial", which uses deep, matte dark green dials and its own hand-wound calibres. If you can decide on a higher budget and are looking for a diver's watch with a similar design, you will find it with the Omega Seamaster 300 Malachite, which is made with a dark green gemstone. The 41 mm wide case is held either in yellow gold or platinum. Audemars Piguet also offers the Royal Oak Offshore Diver, a diver's watch, in both bright green and subdued khaki tones.

* Terms and conditions apply
All prices include VAT. If differential taxation in accordance with §25a UStG is applicable the VAT will not be reported separately.
Watchmaster ICP GmbH | Charlottenstraße 60 | 10117 Berlin | Germany
© Watchmaster ICP GmbH
# 536d30bb6

About our Rolex Submariner 116610LV