Baume & Mercier has a long history with many exceptional but always highly innovative watches. As different as the models are, the timeless craftsmanship and excellent functionality of the watches and chronographs are convincing on all levels.  More 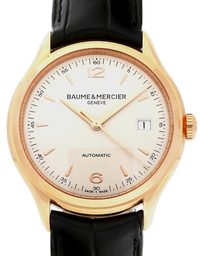 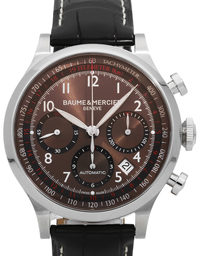 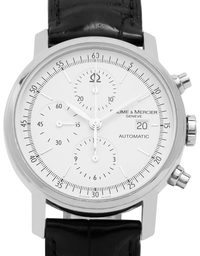 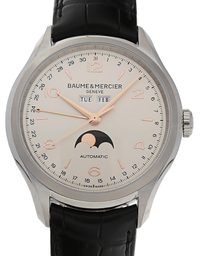 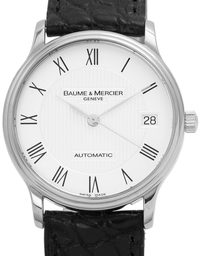 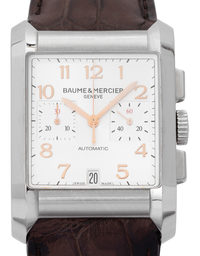 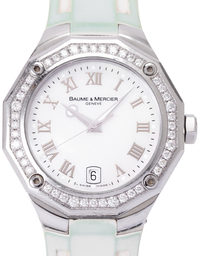 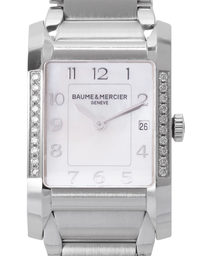 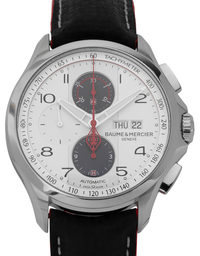 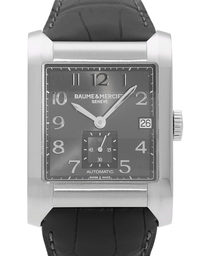 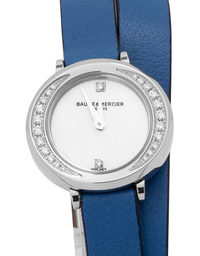 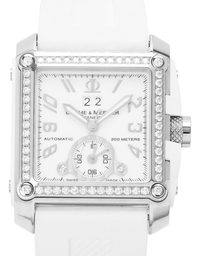 You have chosen a used Baume et Mercier watch and would like to have it in your possession as soon as possible? Then you can simply make the purchase online with us via your credit card. If you prefer to plan and manage your investment for a longer period, you also have the option to finance your watch. Decide for yourself in which period you want to pay off your Baume & Mercier watch and wear your new favorite piece on your wrist. Do you have any further questions regarding financing or general advice? Our Watchmaster customer service is here for you!

The best reasons for buying a Baume & Mercier watch 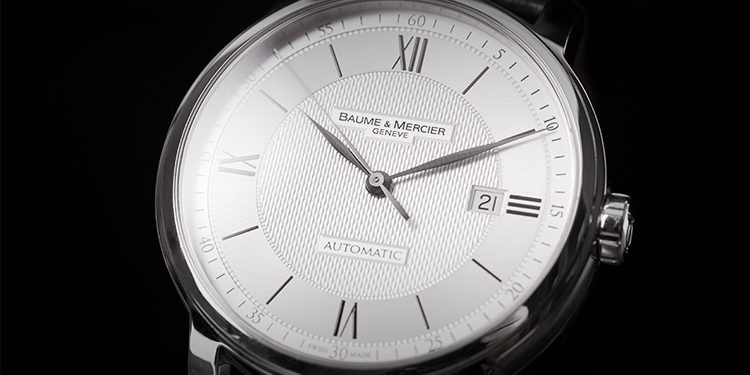 What is the price of a Baume & Mercier watch?

Baume & Mercier watches as an investment

The collections of this brand are as unusual and different as you can hardly find in another. Classics such as the Marquise, Classima or Hampton still enjoy great popularity and demand for both ladies and gentlemen. More specialized models such as the Stardust or Galaxy are rarer and therefore harder to get, which could be an interesting investment for collectors.

The top series of Baume & Mercier

The Story of Baume & Mercier

In 1830, the brothers Louis-Victor and Célestin Baume opened the watch store "Frères Baume" in Les Bois, a small village in the Swiss Jura. The brothers strived from the beginning to perfection and the highest accuracy of their watches. With these attributes, the small business soon enjoyed great popularity. The Swiss watches were remarkably innovative and always one step ahead of their time. The company's motto "Satisfied only with perfection. Only making watches of the highest quality "was seen in the company as a guideline and has always been a guarantee for watches of maximum exclusivity. When Louis-Victor gave his daughter a golden pocket watch from his own production in 1869, this was the precursor to the exclusive ladies' watches, which played an important role throughout the history of Baume & Mercier. Based on their first store "Frères Baume", the brothers soon opened another store in London called "Baume Brothers". The operation went so well that they were soon able to open more stores in the United Kingdom, India, Africa, Australia, New Zealand, Singapore and Burma, all of which were immediately successful. 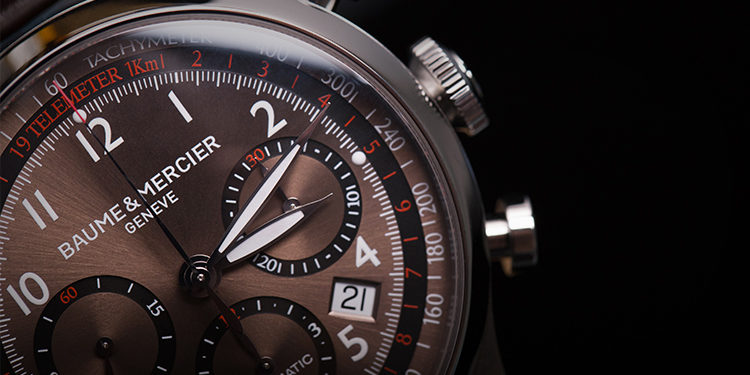 The brothers' watches stood for wealth as well as for innovation and genius. So it is not surprising that the chronographs won the Grand Prix and 7 gold medals 10 times over time. Apart from these legendary awards, the watches regularly set precision records and won numerous timekeeping competitions. In 1892, the Baume brothers then won a test with the pocket watch "Tourbillon", which was carried out by the Kew Observatory, whose accuracy was unchallenged for 10 years.
In 1918, the two brothers joined with Paul Mercier and founded the now well-known luxury watch company Baume & Mercier. Continuing to focus on driving exclusivity and brilliance, the brand soon became one of the most sought after wristwatch company in the world. The models convince with unusual shapes such as asymmetry or edges, which nevertheless reflected balance and perfect form.
Just one year later, in 1919, the company was awarded the Poinçon de Geneve (or Geneve Seal of Approval) for its particularly sophisticated craftsmanship and high quality. This seal guarantees the exceptional craftsmanship, high quality and longevity of the excellent watches. Always being oriented towards the current time, the brand focused especially on the ladies during the Golden 20s. Inspired by the ever-increasing emancipation of women, Baume & Mercier published wristwatches that expressed both femininity and strength and innovation.

In 1940, the Marquise introduced one of the brand's most successful series. With the solid bangle and the dial integrated into it, the watch is more of a jewel and thus breaks all the norms one is used to in the wristwatch world. It was both practical and aesthetic at the same time. The success the company achieved with the Marquise proved that women of this time have been waiting only for such individual watches. In fact, then followed by other ”form watches” which became more extraordinary and did not bring the typical round dial with it. Another successful series, which is still present in the assortment, is the rectangular Hampton collection. Between the 50s and 60s, the brand was back to a more classic design and called the series accordingly "Classima". Wristwatches with round dials were again increasingly produced which count today, fittingly to the name, as a classic.

In the spirit of the wild 70s Baume & Mercier surprised with a number of unusual models. These include, for example, the asymmetric Galaxy or Stardust. However, the company was not only able to impress with uniqueness visually. In 1973, Baume & Mercier recognized social change very early and released the legendary Rivera, which was one of the first stainless steel sports watches at that time. As you can see, the history of this extraordinary brand is just as varied as its watch collections.

The Philosophy of Baume & Mercier

The present make many new demands for the manufacturers of luxury watches and their products. For example, the many magnetic fields that result from technological progress today influence the sensitive individual parts of watches. For the younger clientele, it is not so much a romantic bond as practical use, robustness and the sustainability of a company that decides whether or not to buy. Baume & Mercier is aware of these challenges and meets them with a serious appearance - Baume & Mercier is a member of the Responsible Jewellery Council and is involved in the NGO 1001 Fountains, which is dedicated to providing the rural population in Cambodia with access to clean drinking water - and to researching new materials that the new environmental conditions cannot harm. Baume & Mercier does not lose its vanity in concealing its affiliation to the Richemont Group and its own status as an Établisseur. Rather, the knowledge of the many watch brands and specialist companies that belong to the Group is used to guarantee the further development of products of the highest quality.
What our customers say about us
SELL YOUR WATCH
Looking for a Watch?
Join our newsletter
[[ newsletterCtrl.subscriptionMsg ]]