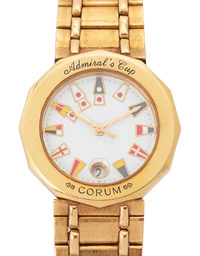 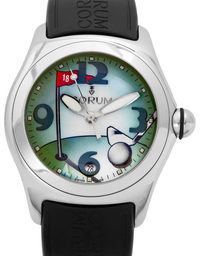 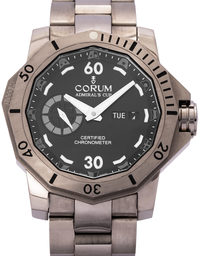 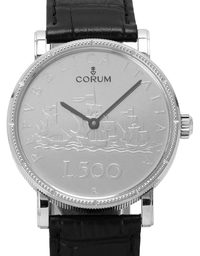 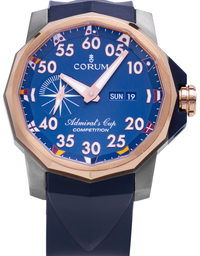 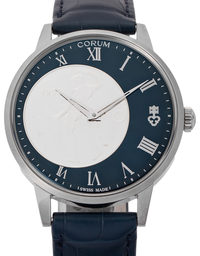 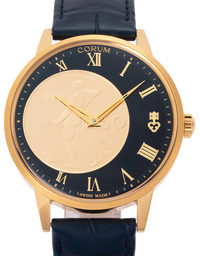 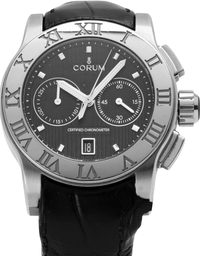 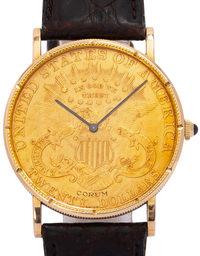 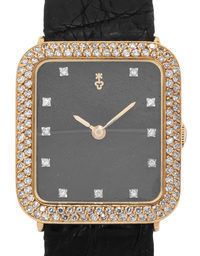 
The Watchmaster online shop offers a wide range of large, medium and small brands from all over the world, including a selection of pre-owned Corum watches. Your new watch will arrive at your home in just a few steps: all Watchmaster watches are checked, certified and serviced by our own master watchmakers. When you buy a Corum watch from our shop, you can choose between various payment options. For example, you have the option of paying via PayPal, credit card or instant bank transfer. If you would like to finance your Corum watch instead, payments can be made in small instalments over a time period of your choice. Shipment is insured so that your watch arrives at your door safely. Find out more online or contact our customer service if you have any further questions or would like some advice.


The 5 most popular Corum models


The company's current portfolio includes four different series: the Corum Admiral, Bubble, Golden Bridge and Heritage. Vintage Corum watches are also popular with collectors and have not lost their appeal over the years thanks to their thrilling designs.

Pre-owned Corum models and their prices


Corum watches used, vintage or new as an investment


If you don't want to go by looks alone, and instead wonder to what extent your new watch might be an investment in the future, we'll give you the following advice: if you look at the development of Swiss luxury watches over the last few decades, mechanical watches have proven to be stable in terms of value. Big brands like Rolex, Omega and Breitling are always a safe bet, as both standard models and special editions have proven to maintain their value.

However, brands like Corum are also worth considering. Limited editions often increase in value more than mass-produced models because of their limited number of pieces. So it's fortunate that Corum has released so many limited editions over the years. Certified pre-owned Corum watches are worthwhile as an entry into the world of luxury watches, because thanks to prior ownership, you can purchase your Corum wristwatch at a reasonable price – refurbished and with a guarantee.


The history of Corum


Back in 1924, founder Gaston Ries opened his watch workshop in La Chaux-de-Fonds. A few decades later, his nephew René Bannwart discovered his love for mechanical watches. The two joined forces and founded Corum as a joint brand in 1955. The name is derived from a simplification of the Latin word quorum, which describes the minimum number of members of an assembly needed to make a legally binding decision. A concept that has always fascinated the two founders and therefore became the eponym. The Corum logo, a key pointing to the sky, is a reminder that wristwatches are real timekeepers.


Right from the start, the brand positioned itself in the high-priced segment within the Swiss watch industry. The watches were primarily known for high watchmaking skills and daring designs, but also for their large number of limited editions. Over the years, some exciting watch creations have come about: The Corum Chinese Hat from 1958, for example, is a ladies' watch with a wide dial set with diamonds that fits tightly on the wrist and is reminiscent of a hat. The Corum Coin Watch from 1964 is also particularly well known. It was made using American dollar coins as a basis, which made each watch unique due to the embossing of the coins. The use of different materials has continued over the years: The Corum Plume (1970) uses feathers as part of the dial and the Classical Vanitas (2005) uses stone and marble.


Today, the company continues to focus on technical excellence and aesthetic design. While some series are deliberately produced only as limited editions and are thus particularly interesting for collectors, others look back on a long history of development and have retained their traditional place in the ranks of Corum watches for decades. The Corum Admiral, for example, has been produced for more than 50 years and has changed enormously over time. It was designed in honour of the Admiral's Cup, a race first held in 1957, and has been in production since 1960. The first models were square and waterproof with a sailboat engraving on the back and have changed a lot since then. Visually, they have little in common with today's models, which have a twelve-sided dodecagon bezel and nautical flags on the dial.


The Corum Golden Bridge has also been in production for 30 years. It got its name from its partially skeletonised dial, with cutouts arranged to create a central bridge that exposes the complex gears inside and is reminiscent of a bridge. In 1992, the company introduced the Admiral’s Cup Tides with its first own calibre – which is always an important step within the watch world.


The turn of the millennium brought some changes for the Swiss company. Coinciding with the launch of the Corum Bubble in 2000, Severin Wunderman became the new owner and CEO. The Bubble is one of the current series in the company's portfolio and is characterised by its 11 mm thick sapphire crystal, which gives the series its distinctive look. In the following year, the Corum Trapeze was introduced – here, too, the name says it all. The trapeze-shaped wristwatch has a large, eye-catching case, while the bezel and dial are kept classically elegant. 2005 was also a year of several major events: Corum celebrated its 50th anniversary with a reinterpretation of the Golden Bridge from the 1980s. Its dial was strongly reminiscent of the old models, but the inside was equipped with the latest technology. At the same time, the Classical Vanitas also made its debut. Its dial contains, among other things, stone and marble components that are matched to the other parts like a mosaic. In 2009, another milestone was achieved. With the CO 007, the second in-house calibre was introduced, installed for the first time in the newly introduced Corum Ti-Bridge. In 2013, the company was acquired by China Haidian Holdings Limited, based in Hong Kong.


Corum focuses on a good mix of innovation, provocative designs and continuity. The company uses its craftsmanship to experiment with different materials, shapes and motifs. Corum never shies away from breaking new ground and producing unusual watches with sophisticated technology. At the same time, however, the watch manufacturer also relies on proven models and their continuity.