Christian Dior has a long, highly respected history and is synonymous with luxury for many. Whether in the fields of fashion, perfume or watches, the name stands for quality and exclusivity. Both ladies and men products are popular and exude elegance and grace.  More 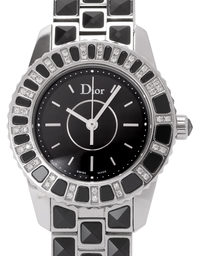 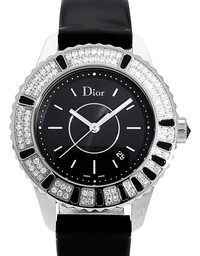 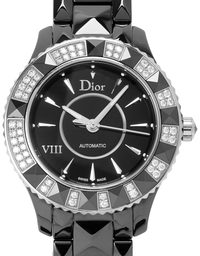 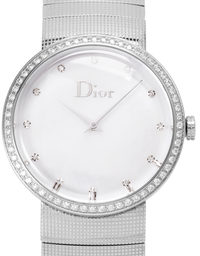 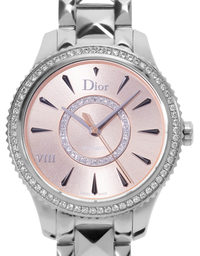 Buy and finance a Dior watch


Have you already decided on a Dior watch? The purchase of a certified, pre-owned luxury watch is made as easy as possible through us. You can conveniently pay by credit card or via PayPal. If you prefer to plan for the long term, you can also finance your new watch and choose to buy on convenient installments. Dior prices are heavily dependent on the condition of the watch. Each model is reviewed, refurbished when needed and then equipped with a certificate. So you can be sure that your new favorite piece is a genuine, certified original. Please call us and be personally advised.


A pre-owned Dior watch as an investment?

Nobody can offer you a guaranteed increase in the value of a watch, as it depends on too many factors. However, it is possible to conclude from experience on possible price increases. If a company is successfully active in its respective segment for a long time and is able to gain a general growth in the company, the course of the value of the watch is probably positive. Pre-owned Dior watches are a great way to buy cheap models and make investments.


The history of the brand

The company was founded 1946 in the prestigious Avenue Montaigne in Paris. Designer Christian Dior teamed up with his wealthy friend Marcel Boussac to create a brand this year that is among the most exclusive in the world. The very first collection presented in 1947 was a huge success. Not only in France, but also in America soon everyone spoke about the new creator duo.

The fashion Dior created was considered revolutionary. Tight-fittings, figure-hugging tops and long, swinging skirts caused quite a stir. The fact that Paris is considered a fashion capital today is not least due to Christian Dior's guilt. Whatever he designed and presented, soon found its way around the world and became the latest fashion. In addition to exceptional designs, the company also had a wide variety of products. The perfume "Miss Dior" was launched in 1947 and is still a true classic today. In the early 1950s, an own fur and hat studio joined the portfolio of the brand. Within 10 years, the young team managed to employ over 900 people and Christian Dior became an icon.

After his death in 1957, the fashion designer Yves Saint Laurent took over the position as chief designer. Under the direction of Boussac, he introduced the successful "Trapezine Line". This was a counterpart to the original figure-hugging pattern of the brand. The fashion that allowed the woman to gracefully present herself without a tight wasp waist became a celebrated success, giving the young designer a highly respected name in the fashion world. However, he was dismissed in 1961 because the original style of the brand was barely recognizable. In his place, Marc Bohan was hired to hold the position as chief designer for almost 30 years.

Although the company came back to its original design, it had to recognize that the style in the 1970s was no longer considered up to date. In addition, Dior forgave too many licenses, for example, for their perfume and cosmetics line, which damaged the reputation of the company. Dior slipped into a crisis, which was aggravated when numerous counterfeits overwhelmed the market. In 1978, the loss-making company was taken over by the Agache-Willot Textile Group, which had to file for bankruptcy following a failed expansion policy. In 1981 the entrepreneur Bernard Arnault bought the company and brought it back on the road to success.

Six years earlier, in 1975, the brand's first wristwatch was released. The "Black Moon" was an elegant men's watch. In 2001 the subsidiary Les Ateliers Horlogers Dior SA was founded, which has, since launched, numerous and versatile women's and men's models. The watches combined Parisian elegance with Swiss watchmaking. The result is an extremely precise timepiece, which, in addition to its functionality, are worn as high-class jewels of the upper class. Versatile designed case shapes, hands and ornaments reflect the company's long history while embracing the latest fashion changes.