The Frederique Constant brand is relatively young. However, it convinces with Swiss quality at fair prices, loosely based on the motto "luxury is not a privilege". With this concept the company experienced an enormous upswing and is today an integral part of Plan-les-Ouates.  More 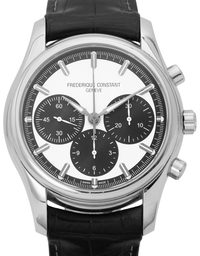 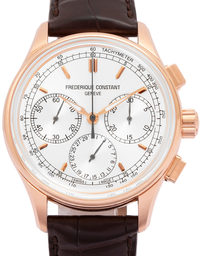 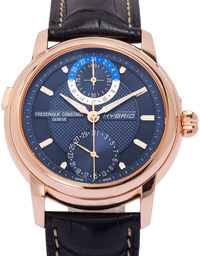 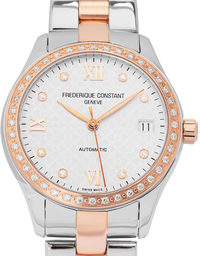 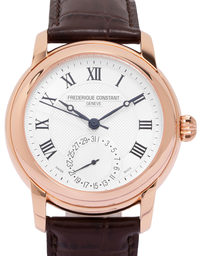 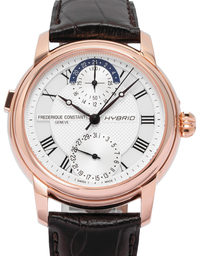 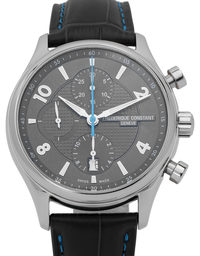 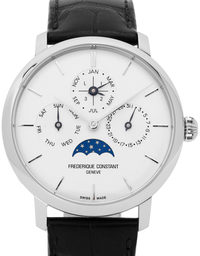 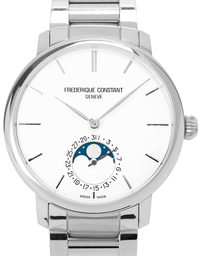 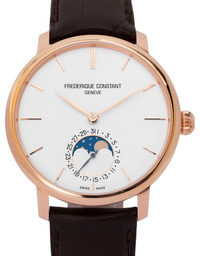 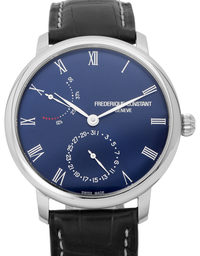 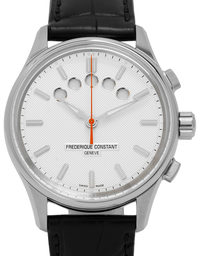 
You're thinking about getting a Frederique Constant watch? At Watchmaster, as a dealer of certified pre-owned luxury watches, you will always find a selection of Frederique Constant watches. Have you already decided on a pre-owned Frederique Constant watch? Congratulations, because a used luxury watch is above all one thing: Much cheaper than a new model from the manufacturer. At Watchmaster, you can also be sure that your chosen watch will arrive in the best possible condition - each model is checked for authenticity by our master watchmakers, visually and technically prepared, and then certified. You can now conveniently pay for your new watch by credit card, PayPal or Bank Transfer. Alternatively, Watchmaster offers you the option of financing. Just set the amount of the down payment and the installment yourself and so create your own individual financing plan. You are also welcome to contact our customer service by phone or email for further action.

The most popular series


Frederique Constant watches as an investment?

It is no longer a secret, in recent years, the market for luxury watches as an investment has become more and more in the limelight. In fact, high profits can sometimes be made with the right watch. But which one is the right watch? Unfortunately, there is no direct answer to this question. But we can give you a few hints on what to look for when buying a watch for investment reasons.

Frederique Constant watches meet these criteria. The brand is still relatively young, but perhaps that is the advantage: Today, the models are still relatively cheap, but could turn out to be much more expensive in the future. Whatever one ultimately decides, a thorough research should be a prerequisite for the purchase decision.


The rapid rise of a young company

Frederique Constant was founded in Geneva in 1988 by Aletta Bax and Dr. Peter Constant Stas. Peter Stas is descended in the fourth generation from Constant Stas, who was one of the two namesakes. Together with Frederique Schreiner, he founded a company in 1904, which produced printed dials for the growing watch industry. The name Frederique Constant can therefore clearly be traced back to the two founders and their first names from the 19th century.

Since Aletta Bax and Peter Stas had already devoted their free time to the conception of watches before the independent family business was founded, the first collection with six different models was presented in 1992. In 2001, Frederique Constant dedicated himself to the development and production of his own manufactory calibres. The first calibre was the Heart Beat Manufacture (Cal. FC-910), which is now available with various complications. Anyone who buys a new Frederique Constant Double Heart Beat today is not only treating themselves - with every watch sold in the collection, the company donates 50 US dollars to various organisations involved in the fight against heart disease in children. Frederique Constant is very active in this field anyway: Various charities are actively promoted and supported, and charity events and fundraisers are held regularly.

Four years after the company was founded as we know it today, it acquired the Swiss watch manufacturer Alpina in 2002. In 2006, the manufacture moved into its headquarters in Plan-les-Ouates, a Geneva suburb in the immediate vicinity of Rolex, Patek Philippe and Vacheron Constantin. Two years later, the creation of the second manufactory calibre began. Clear guidelines were set for this: The components of the Heart Beat Manufacture were to be revised and the manufacturing costs were to be reduced by at least 30%. However, the quality standards of the Calibre FC-910 should not be neglected. The result was the Calibre Maxime Manufacture (Calibre FC-700), which actually resulted in large savings that could then be passed on to customers. For the first time, a Swiss watch manufacturer offered a watch with a manufactory calibre for less than €2,000. In 2008, Frederique Constant also launched its first Tourbillon Manufacture movement. It features a silicon escapement wheel which, unlike traditional stainless steel escapement wheels, requires no lubrication and weighs only a fifth of the weight.

Since its founding in 1988, the company has enjoyed a steady upturn. Thanks to the motivation and innovative strength of the young owners, the company grew by up to 50% annually until 2003. It should not be forgotten that the luxury watch market is highly competitive - both locally and internationally the competition is enormous. In May 2016 the Swiss Frederique Constant Group was bought by the Japanese watch company Citizen. Besides Frederique Constant and Alpina, Ateliers de Monaco is also a member of the merger. The latter company was also co-founded by Peter Stas. Today, Frederique Constant's production facility covers a good 3,200 square metres over four floors. Under one roof are component production, calibre and watch composition and extensive quality control. The building also serves as the international headquarters of the Frederique Constant brand.

The Frederique Constant brand lives up to its credo of offering Swiss luxury watches at affordable prices. About his company and its culture, the founder Dr. Peter Constant Stas said in an interview:

"We are a young passionate watchmaker from Geneva, who makes beautiful timepieces for dynamic people. Our mission is to make Swiss luxury watches accessible to the customer at reasonable prices. From the beginning we wanted to produce classic Swiss watches at attractive prices. We were in our early thirties, newly married and practically without any budget. No complaints about our salary, but it would have been far from enough for a watch of 15,000 CHF. Nevertheless, we were very interested in beautiful high-quality Swiss timepieces. So we were our own target group of consumers. It is important to know that Frederique Constant still pursues the same concept and positioning. We believe in the original concept and business model."


In fact, the watches that are made by the manufactory confirm this claim: They are relatively cheap, but not inferior in quality. In addition, the company transfers the savings from process optimization to the list prices of its models; the beneficiaries are the customers of Frederique Constant.

* Terms and conditions apply
All prices include VAT. If differential taxation in accordance with §25a UStG is applicable the VAT will not be reported separately.
Watchmaster ICP GmbH | Charlottenstraße 60 | 10117 Berlin | Germany
© Watchmaster ICP GmbH
# d0d9f0846