Today, Heuer is considered a genuine vintage brand. With its high-quality racing watches, the company fascinated motorsport fans all over the world. Since the merger with the TAG Group in the 80s, only a few retro lines have been released under the original brand name.  More 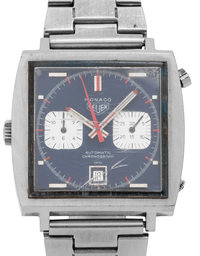 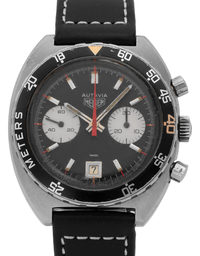 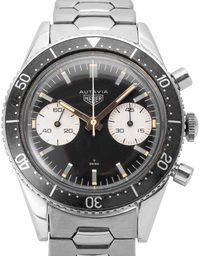 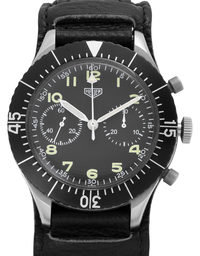 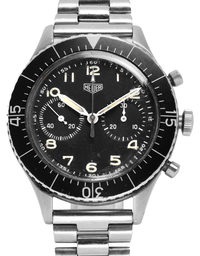 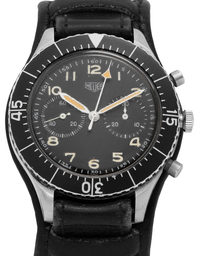 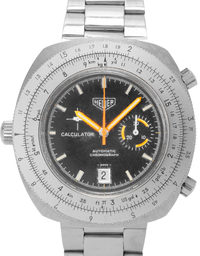 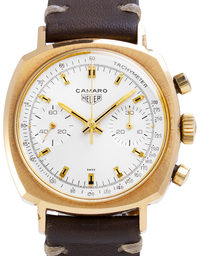 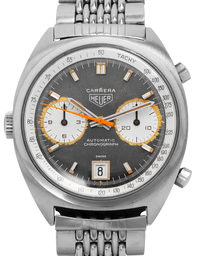 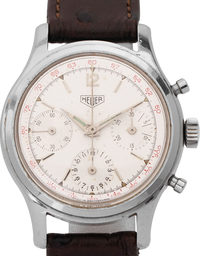 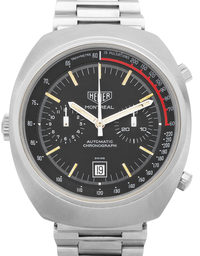 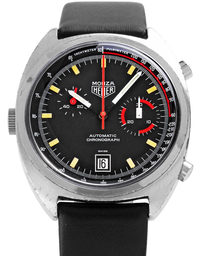 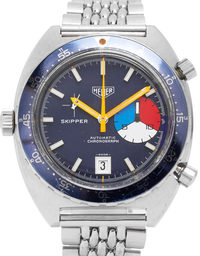 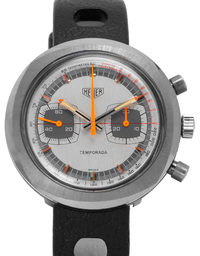 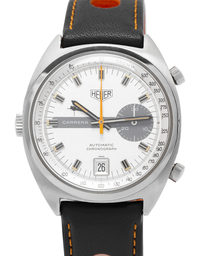 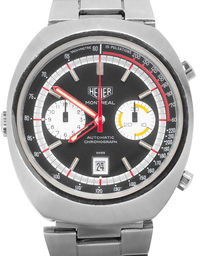 In our online shop, you will find numerous certified, pre-owned luxury watches from renowned manufacturers, including second-hand Heuer watches. The purchase of a used high-quality wristwatch is worth financially compared to the new purchase. Vintage models in particular often experience an increase in value over time. Iconic brands such as Heuer, which are out of production, are extremely popular with enthusiasts and collectors, making the investment in a vintage Heuer watch worthwhile. We guarantee the authenticity of the watch with a certificate.

Have you already decided on a Heuer model? Then you can find out more about our various payment options online or by contacting our customer service. In addition to different options for instant payment, you can also opt for a flexible instalment plan. This way, you can finance your luxury watch from Heuer according to your individual needs and plan the investment over a longer period of time.

Heuer stands for vintage and retro racing watches. The chronographs are characterized by their avant-garde design and their masculine, distinctive style. Most Heuer watches are vintage watches from the 60s and 70s that are characterized by their precision and functionality. Some lines were released later, when Heuer already was TAG Heuer, and are to be understood as a tribute to the chronographs of the earlier times. The newer Heuer watches are visually modeled on their ancestors, but equipped with modern calibres.


The most popular Heuer watch series


An overview of pre-owned Heuer watches and prices

To invest in vintage Heuer models and no longer produced series can be quite worthwhile. These often experience an increase in value over time. As Heuer has not actually produced any watches under this brand name since its merger with the TAG Group in 1985, Heuer watches are particularly popular with collectors and enthusiasts. Few retro lines have been launched on the market since 1985, even with the Heuer logo. They are just as popular with fans of the chronographs.


The history of Heuer

Edouard Heuer founded the watch brand at the beginning of the 20th century in the small town of Saint-Imier in the Swiss canton of Basel. A first milestone was the development of the micrograph in 1916 - the first stopwatch that could accurately stop time by a hundredth of a second. The development of such high-precision chronographs became an integral part of the company. So it is not surprising that connections to various sports emerged. Heuer was the official timekeeper of the Olympic Games three times since the 1920s, until the company was replaced by Omega in 1932.

With the assumption of the company management by Jack Heuer, the grandson of the company’s founder, the connection between Heuer and motorsports. began. Enthusiastic motorsport fan Jack Heuer dedicated many series to famous car racing or racing drivers: Monaco, Carrera, Temporada - just to name a few. Partnerships with Ferrari and McLaren played their part in developing the watches iconic status among fans of various disciplines. This part of the Heuer story started in the '60s with the development of the Heuer Carrera in homage to the most dangerous car race in the world: The Carrera Pan-Americana. In 1965, Heuer needed the microtimer a chronograph that could stop exactly to the thousandth of a second. In 1971, Heuer was the official timekeeper of Formula 1. One of its most famous appearances was not on the racetrack, but on the big screen: Steve McQueen wore a blue and white Heuer Monaco in the movie "Le Mans" from 1970.

After being acquired by the engineering company Techniques d'Avant Garde (TAG) in the 1980s, the brand finally got its current name TAG Heuer. Nonetheless, there are still a few retro series from Heuer that appear under the original brand name. These are in the look of the vintage Heuer watches, but equipped with modern calibers. A famous example is the Heuer Monaco Steve McQueen Edition, which pays homage to the actor's iconic watch and was launched in 1998.