The Omega Constellation is recognized by connoisseurs all over the world and celebrated its 60th anniversary in 2012. Every Constellation watch comes with the characteristic iconic four claws that tighten the sapphire crystal to the case.  More 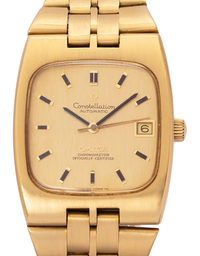 In our online shop, you will find many interesting versions of the Omega Constellation – whether new, vintage or pre-owned Omega Constellation watches – amongst other certified pre-owned watches. All timepieces are checked by our master watchmakers and provided with a certificate of authenticity. In terms of price, buying a used Omega Constellation may well be worth it compared to a new model. Limited editions, no longer produced watches or vintage models often also experience an increase in value over time. Pre-owned Constellation watches are available at much lower prices. Have you found your Constellation watch and would like to wear it on your wrist as soon as possible? Pay by credit card, PayPal or flexible rates. Visit our website for more information on which payment method works best for you. Any questions? Feel free to contact our customer service! 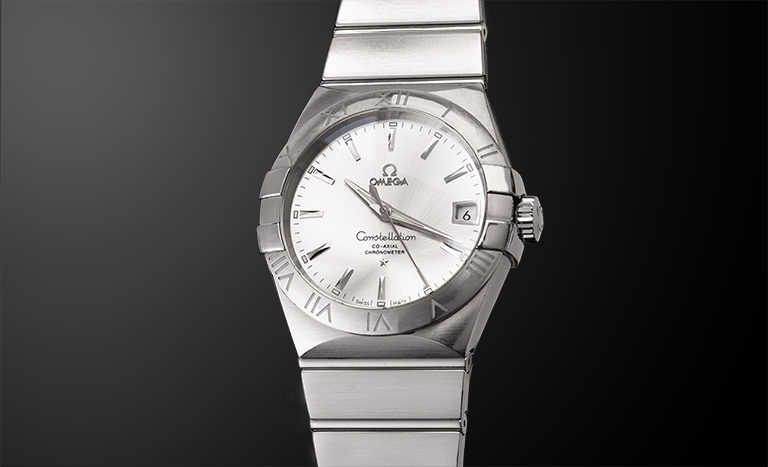 Since already 1952, the successful Constellation series is produced by Omega. Its design has changed over the years, but since 1982 has some iconic elements that can be found at all the models of the series: four claws at 3 and 9 o'clock, the golden star at 6 o'clock and an integrated bracelet make the design the Constellation unmistakable. It is considered one of the most exclusive series of Omega, which in contrast to Speedmaster and Seamaster impresses with a very classic look. Current models are slightly more oriented on the sporting spirit of the brand.

There is a wide range of choices in the popular watch. Watches made of stainless steel, bi-colour watches or gold watches, watches with or without gemstone trim. And all that as a very small 27 mm up to the large 38 mm version. Models of the current collection are distinguished by elegant integrated precious metal arm bracelets with horizontal links. Most Constellation models have a date display at 3 o'clock, but there are also some with a day-date display at 12 and 6 o'clock. Many models of the series come with brushed bezel with engraved Roman numerals.

The watch unites complex movements with elaborately crafted movements. Current models have the precise Omega Master Chronometer calibre 8700 installed. Reference to the accuracy of the watches is the medallion on the case back of each model. It shows the Geneva Observatory surrounded by eight stars. So the Constellation is known not only for its elegant, luxurious design, but also for pioneering in watchmaking.

The Omega Globemaster is also part of the Constellation collection, though it stands out from the crowd with its retro design of the 60s. It has the so-called "pie-pan" dial and a ribbed bezel. The Globemaster was also the world's first watch to be certified as a Master Chronometer, which means it is not only extremely accurate but also resistant to magnetic fields of up to 15,000 Gauss. 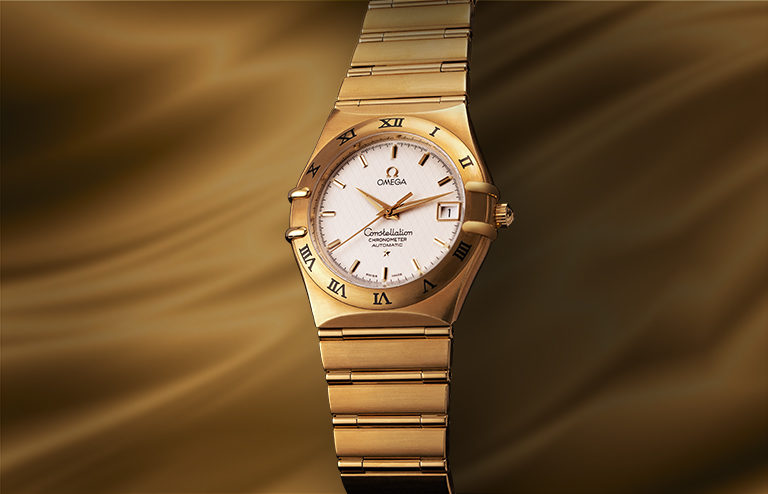 Omega Constellation prices and models at a glance

The Constellation has been inspiring Omega fans for more than 60 years. The series is now available in many different variants. Whether noble vintage model or a newer model at a reasonable price – in our shop you will find a large number of Constellation watches. Below we have summarized some models with prices for you:

The history of the Omega Constellation

Omega is considered an icon of watchmaking and is next to Rolex and Patek Philippe probably one of the most prestigious luxury watch brands in the world. The history of the watch house is mainly due to the close connection to space travel, which began with the choice of the Omega Speedmaster to the official wristwatch for NASA space flights. The diving watch Seamaster also made it to the list of the most popular and prestigious wristwatches worldwide.

But in addition to these functional wristwatches, Omega has also brought some classic, ornate luxury watches on the market. For example, in 1952, the Omega Constellation, which can now boast more than 60 years of history. Thirty years after its launch, it has been equipped with the iconic four claws that tighten the sapphire crystal to the case. In 2009 there was a successful remake of the noble wristwatch: Omega retained the iconic star at 6 o'clock as well as a refined version of the four claws. 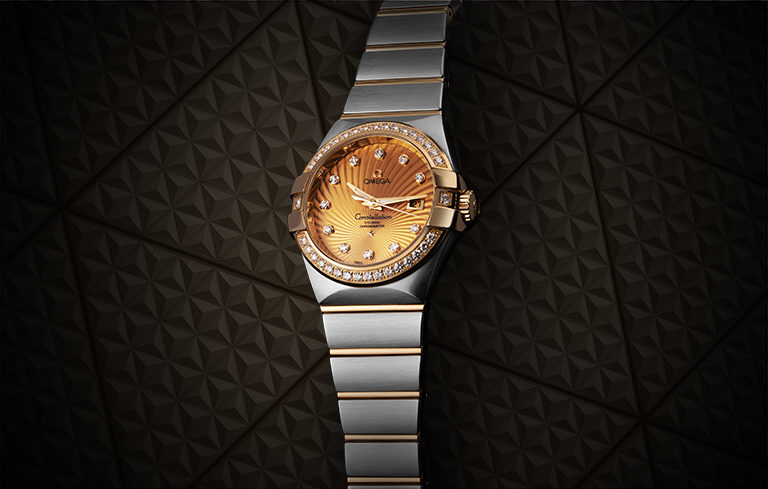 Probably the most famous Omega wearer is action hero James Bond. With various versions of the Omega Seamaster on his wrist, he has his adventures on the screen. But even in real life, many celebrities are enthusiastic about the versatile watch brand. For example, former tennis pro Anna Kournikova is passionate about Omega. Even actor legends like Nicole Kidman and George Clooney are enthusiastic about the brand and were often seen on the red carpet of Hollywood with noble Constellation models. The fact that this series has been on the market for a very long time is also shown by a prominent advertising face from the 60s: Elvis Presley poses with an Omega, an elegant early version of the Constellation.