The innovative diver's watch has become not only the icon of water sports watches because of its appearances in numerous James Bond films. The Omega Seamaster Diver 300 M impresses with precision, classic design and a host of exciting features.  More 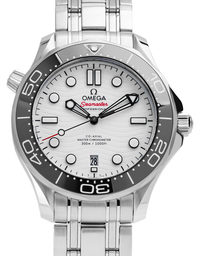 
The Watchmaster online shop offers a variety of certified pre-owned Omega Seamaster Diver 300 M watches at a discounted price. If you have already fallen in love with one of the watches of the Seamaster Diver 300 M series, you can easily take your favourite watch home. You can either complete the purchase process with payment by credit card or PayPal or opt for financing. The purchase of your Seamaster Diver 300 M watch can be individually adapted to your needs and can be made in small instalments. Our customer service will be happy to assist you in choosing the right payment method for you. 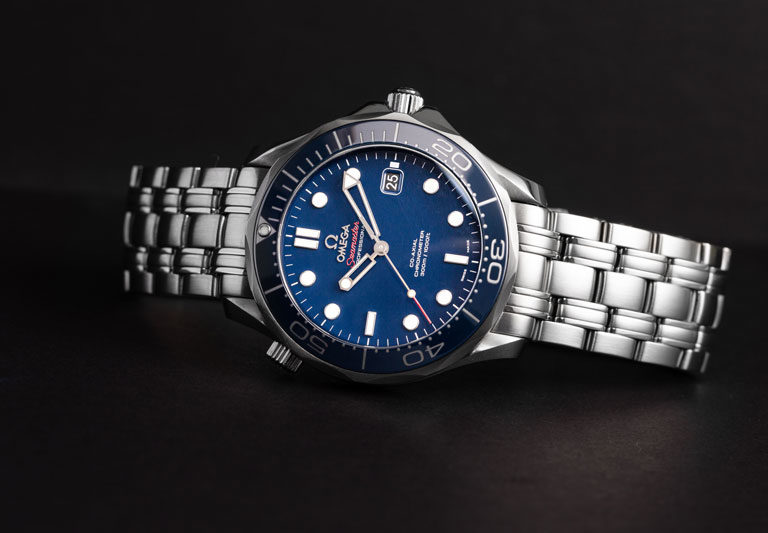 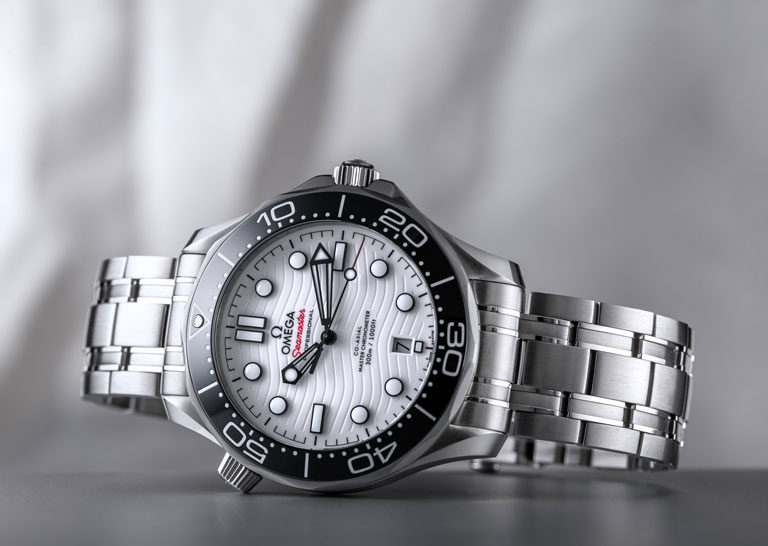 In the field of waterproof diving watches, Omega made already in the 1930s pioneering work. Although a waterproof model was already presented in 1932 with the Omega Marine, the success story of their water sports watches did not start until the Seamaster family. Their collection is versatile and includes a variety of interesting watches that have been revised over the years again and again. Nevertheless, the design of the classic has been largely retained and new models take over elements of its iconic design. The first Omega Seamaster was launched in 1948. At first glance, their special performance was barely noticeable to the elegant models; they were elegant and rather slim and noble compared to other divers' watches. A bolted bottom and special O-ring seal, initially made of lead, on later models made of rubber, guarantee water resistance. In 1957, the first Seamaster 300 (Ref. CK2913), which revolutionized Omega's diving watches, followed: Equipped with a rotating bezel, double crown seal and special glass, it stood up to the then highest testable pressure of 20 bar. The date display for the Seamaster 300 with the calibre 565 followed in 1967. A year earlier, the Omega Seamaster Cosmic had already been launched on the market. Their so-called Unicoc case was almost hermetically sealed so that even higher water resistance could be guaranteed.

The family received further growth in 1969 with the Omega Seamaster Bullhead, whose shield-shaped housing sets it apart from its round siblings. Chronograph pushers and crown are positioned at 12 o'clock, the rotatable bezel is inside the dial; This gives the watch its characteristic appearance. It was not until 2013 that an update was launched with the Co-Axial Omega 3113. Another milestone in the history of professional diving watches reached Omega in 1970, when the Omega Seamaster Professional 600 was launched. It is nicknamed Ploprof, derived from the French of "plongeurs professionnels", which means "professional divers". It is waterproof at a sensational depth of 600 metres. 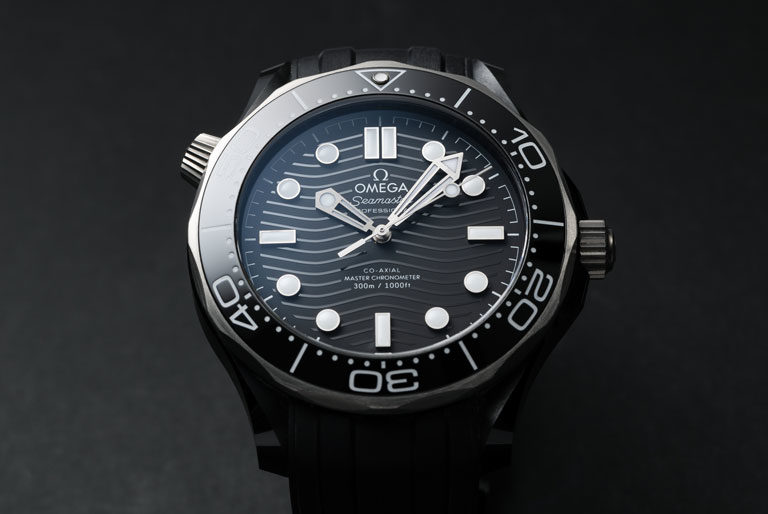 
The Seamaster Professional Diver put on a public appearance in 1995 in "Goldeneye" on the wrist of Pierce Brosnan as James Bond, a legendary connection, which helped the watch to popularity until today. Also in "Spectre", the new Bond Daniel Craig wore an Omega Seamaster 300 "Spectre" Limited Edition. In 2017, another model, the Seamaster Diver 300M Commander's Watch Limited Edition, was released as a tribute to this iconic link. Its colours red, white and blue are meant to remind of Bond's times as Commander at the British Royal Navy.

Omega and 007: the watches of the most popular spy


The connection between secret agent James Bond and Omega watches has existed since "Goldeneye" in 1995. The award-winning costume designer Lindy Hemming decided back then that the Seamaster with a blue dial fits best with the role. The then Bond performer Pierce Brosnan wore the model 2541.80.00. In "Casino Royale" from the year 2006, two models are used, the Seamaster Diver 300 M Co-Axial (Ref. 2220.80.00) and a Planet Ocean 600 M Co-Axial (Ref. 2900.50.91). In 2008, Bond actor Daniel Craig wears a Seamaster Planet Ocean 600M OMEGA Co-Axial with a black dial and black bezel in Quantum of Solace. "Skyfall" (2012) features stunning action scenes while 007 deals with death. He is accompanied by an Ocean 600 M and Aqua Terra, both of which are equipped with an OMEGA Co-Axial calibre. Daniel Craig wears the Omega Seamaster 300 Spectre Limited Edition with a black and grey Nato strap and the Omega Aqua Terra 150 M in 2015's latest Bond movie "Spectre".