Oris stands for independence and tradition. For more than 100 years, the Swiss watch manufacturer has been exclusively manufacturing mechanical wristwatches, always remaining true to its own aesthetic and quality requirements.  More 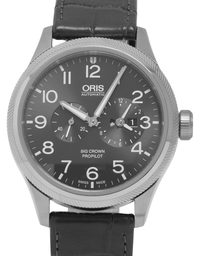 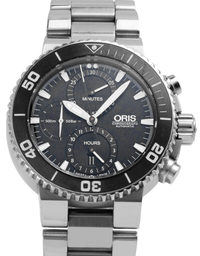 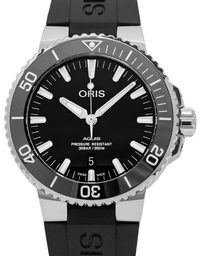 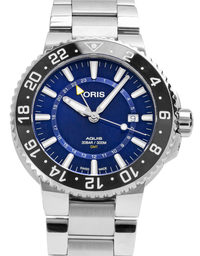 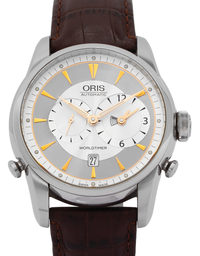 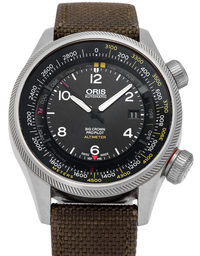 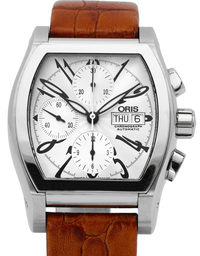 
Besides the popular watch brands, you will also find certified used watches from smaller watch houses like Oris in our online shop. We guarantee authenticity and best quality at affordable prices. Once you have chosen your used Oris watch, you can choose between several payment options such as Paypal, credit card or financing. Payment by instalments is also possible without any problems. If you need further assistance, please contact our customer service or visit our website.

Popular Oris collections at a glance 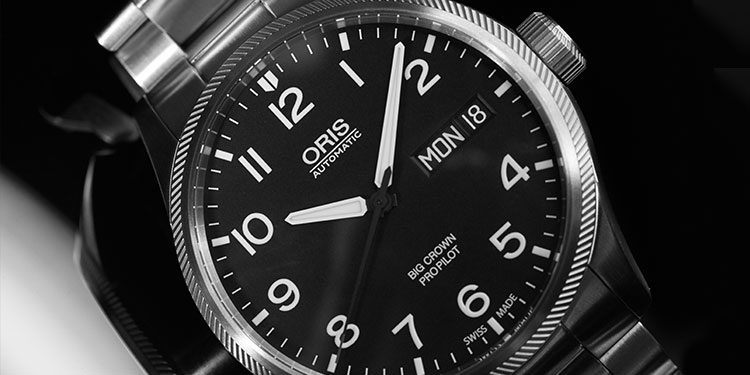 Pre-owned Oris watches can already be purchased relatively at a low price. Nevertheless, the prices of Oris watches can vary. To give you a small guideline, we have listed some models for you.

Vintage and pre-owned Oris watches as an investment

Oris has been active in the watch market for over 100 years. In the corporate philosophy moderate prices are anchored – but: Certified pre-owned Oris watches can be even more worthwhile. As an investment, the watches can offer a great increase in value. Especially special models and limited editions gain a constant price increase over the years, as they are produced in limited quantities. 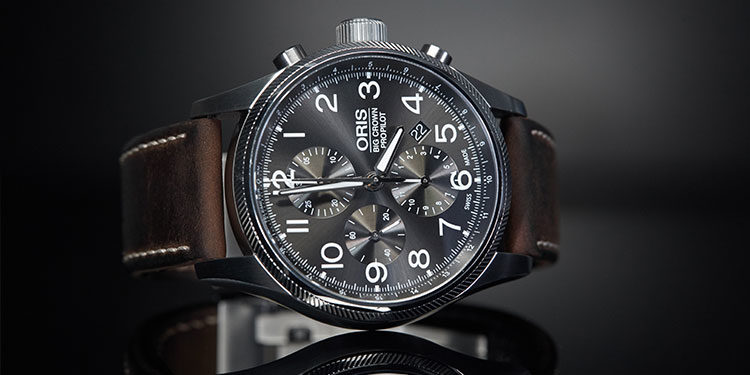 The independent watch brand from Switzerland

Oris was founded in 1904 by Paul Cattin and Georges Christian in the Swiss town of Hölstein. The company owes its name to the nearby stream, Oris. After Georges Christian's death, Oscar Herzog, his son-in-law, general director and Jacques-David LeCoultre became chairman of the board. Oscar Duke led the company from 1928 to 1971.

Since 1938 Oris produces its own movement escapements in their manufactory. They landed their first horological coup with the pilot's watch “Aviatik” in 1938. In the meantime, aviation is one of the four "Oris worlds" alongside culture, motorsport and diving. Over the next two decades, Oris not only introduced the pin lever mechanisms but also developed its first automatic watch with a power reserve indicator. For about 10 years the lawyer Dr Rolf Portmann fought against the so-called "Uhrenstatut" (eng.: “Watch rule), which detained the brand equipping their movements with anchor escapements – in 1966 he finally won this fight. Only two years later, the company presented the Oris Caliber 652, which was awarded the highest precision, the chronometer certification. In the late 1960s, Oris was one of the ten largest watch companies in the world. Their independence was demonstrated not only by the full control over the development and production of the watches, but also by their own training program.

The 1970s saw the company's first serious crisis as a result of the quartz crisis on the watch market. This was followed by the buyout of the management. Shortly after the founding of the all-new Oris AG, it was decided to refrain from quartz movements and to manufacture exclusively mechanical watches. Oris wanted to become the world-leading manufacturer of mechanical watches at a competitive price point. Oris quickly positioned itself with its own features on the market. In 1984, for example, the company once again launched a Pointer Calendar, which first appeared on the “Big Crown” in the late 1930s. Also in 1990, the high-mech slogan was minted and the famous Players Watch came on the market – a football-inspired watch with four counters. A year later the company underpinned its plan to make only mechanical watches, with the launch of caliber 581 – the most complex Oris caliber of its time. This was followed by further innovations that quickly became classics in the world of wristwatches: the world timer with time zone mechanics, the pilot's watch BC3, the striking Oris XXL or the sports watch TT1.

In 2002, the red rotor became a registered trademark of the company. It stands for high quality mechanical wristwatches that are suitable for everyday use – to buy at fair prices. This was followed by the classic Artelier line, a fruitful collaboration with the Williams Formula 1 team and the anniversary edition Centennial Set 1904 Limited Edition. One part of the wristwatch was dedicated to Oris: the crown. In 2004, the company introduced the Quick Lock Crown, which can be tightened with a single 120 ° turn. Four years later, the BC4 Flight Timer emerges on the market with a vertical crown.

The actual decade was marked by many successes. For example, in 2010 Oris collaborated with the Australian Marine Conservation Society, which works in rescuing the Great Barrier Reef. A limited edition was dedicated to the activity of the marine conservation organization. Another highlight in 2011 was the Big Crown X1 Calculator, a pilot's watch that carries a bezel with slide rule function and is waterproof up to 3 bar. This innovation was followed in 2012 by the Artix GT Chronograph, for which Oris developed the so-called "small seconds": In 60 seconds, the seconds bar fills with red. In 2013, the ProDiver Pointer Moon was launched: the first mechanical watch of the World that displays the lunar cycle and the tidal area.

Finally, Oris presented for the 110th birthday of the brand, the first completely self-developed caliber for 35 years: the caliber 110th It is a manual wind movement with complex complications – a power reserve of 10 days and a non-linear power reserve indicator. With the caliber 111, which was presented a year later, Oris further developed the predecessor by the date display, resulting in a new grouping of complications.

The philosophy of the watch manufacturer


One of the cornerstones of the company is independence: Oris watches are developed and produced within the company and are always subject to the technical and aesthetic requirements of the, already over 100 years existing, company. The red rotor, which is the hallmark of all timepieces, is not only a trademark but also a symbol of high-mech. All the watches of the house are equipped with mechanical movement. The mechanical watch represents beauty and tradition that has been proven for generations.

The brand attaches importance to efficiency and function. All Oris watches are equipped with the Swiss Made Label and are therefore subject to the strictest quality controls. It is important to the company that their complex and innovatively designed timepieces are available at fair prices, which they express in their slogan "Real watches for real people". Also, Oris always wants to meet the latest standards of watchmaking and thus attaches importance to technological development. Thanks to its independence, the company always has the opportunity to develop and design creative and free.

* Terms and conditions apply
All prices include VAT. If differential taxation in accordance with §25a UStG is applicable the VAT will not be reported separately.
Watchmaster ICP GmbH | Charlottenstraße 60 | 10117 Berlin | Germany
© Watchmaster ICP GmbH
# d72a6edba