Distinctive Italian machismo, an exciting history as a Navy supplier and the endorsement of many Hollywood stars have made Panerai to the ultimate iconic brand. Their fans, who are known as "Paneristi", love to collect classic models and to discuss the fascinating history of the brand.  More 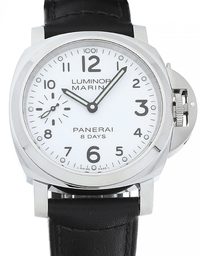 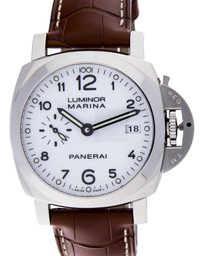 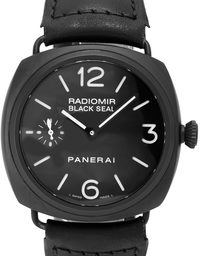 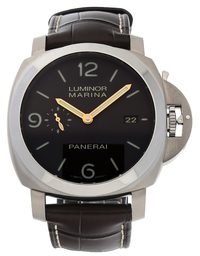 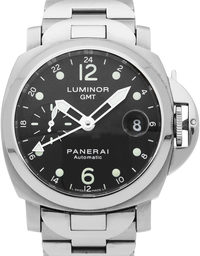 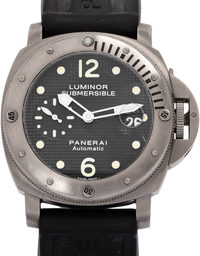 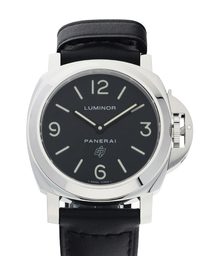 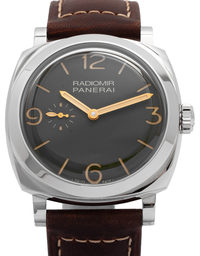 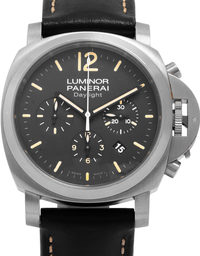 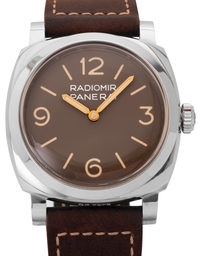 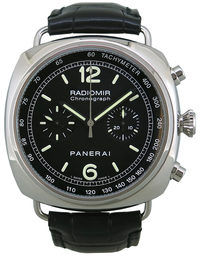 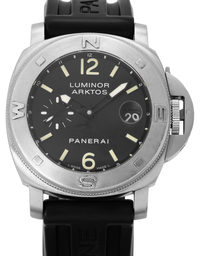 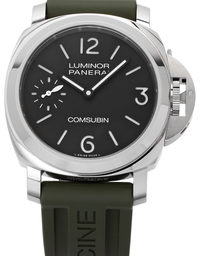 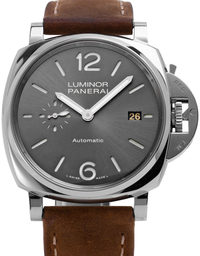 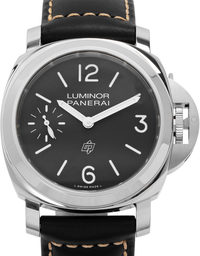 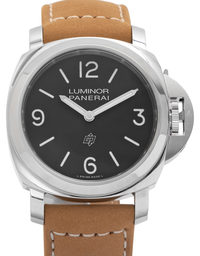 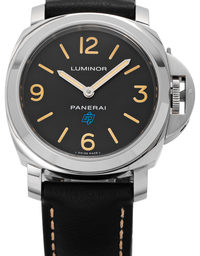 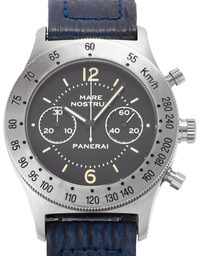 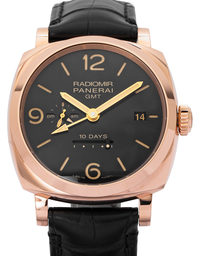 Get a Panerai watch and join the Paneristi


The Watchmaster online store offers a wide selection of used Panerai watches and vintage models. Buy Panerai timepieces safely and certified: We guarantee the authenticity of each model and like-new quality. Our watchmakers check and certify all watches in our in-house service centre.

Have you already decided on your favourite Panerai model and want to get it home as soon as possible? Finance your Panerai watch and pay the purchase price in small instalments. Or pay quickly and conveniently directly by Paypal or credit card. Check out our website for payment and financing options today and get your Panerai easily and safely. 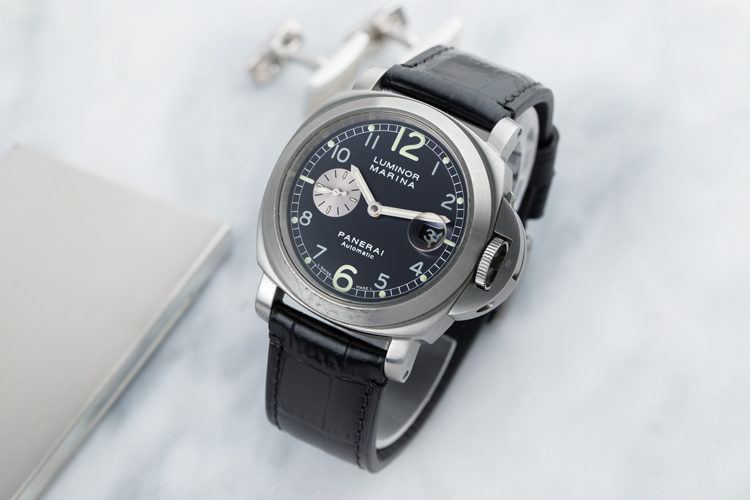 The 5 most popular Panerai series

What does a pre-owned watch from Panerai cost?

Panerai models and prices at a glance 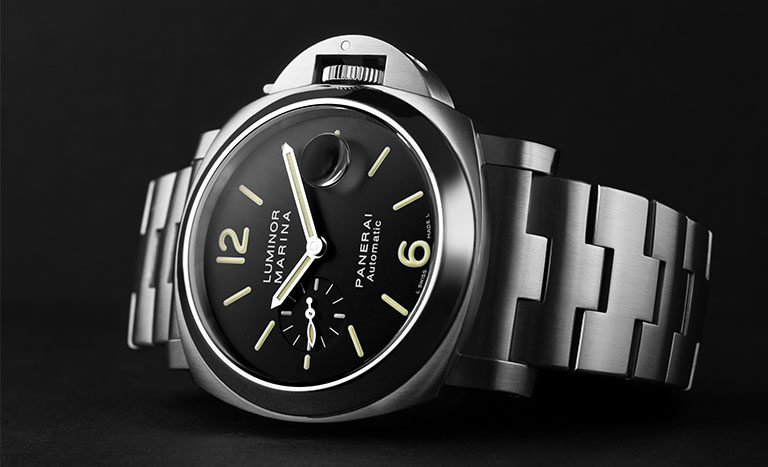 It can be beneficial to invest in Panerai watches, as many watch models from the brand increase in value over the years. The resale price of the Luminor Marina Automatic Acciaio, for example, increased from an original price of 3,400 € in 2002 to 6,800 € in 2016. Purchasing rare Panerai watches or limited edition models can pay off. Another example of a good investment is the Radiomir 8 Days Titanio: the original price of 9,400 € in 2010 increased only within a short period of time to 11,800 € in 2016.

The history of Panerai

The success story of Officine Panerai began in 1860 when Giovanni Panerai opened a watchmaking studio in Florence. He initially sold high-quality pocket watches, but after a few years began to specialise his company in naval equipment. In addition to clocks, Panerai delivered devices such as compasses, depth gauges and flashlights to the Marina Militare, which at that time had one of the largest naval fleets in the world.

The business flourished and Panerai expanded. In the early 20th century, the house was so well-established that it already united the manufactory, shop, repair shop and Florence's first watchmaking school under one roof. It had watches of all established Swiss brands in its assortment and was more extensive than any other worldwide. In 1915, Guido Panerai, who had now taken over the company, developed a world novelty for the Italian Navy: from the highly radioactive element radium he won a fluorescent material visible in the dark, which he christened "Radiomir". Applied to the dials of clocks and gauges, Radiomir made them easy to read even at night.

On the eve of the Second World War, the Italian Navy approached Panerai with a special request: For their combat diving units, they needed watches with good readability even at night and underwater. They had to be big, waterproof and extremely sturdy to cope with the dangerous missions of frogmen. Since Panerai was not able to produce such a watch on their own, the company turned to the best possible partner: Rolex. The legendary Swiss company agreed to cooperate by supplying oversized Oyster watch movements, which Panerai supplemented with in-house dials. As one of the first watches ever, the models were equipped with acrylic glass, as it was much more resistant to breakage than the then usual used mineral glass.

The diver's watch was named after the luminous "Radiomir", which had helped Panerai to his success. Due to the high radioactivity of Radiomir, Panerai developed a new phosphor called "Luminor" based on tritium which is much less harmful. After this new fluorescent, the Panerai Luminor was named. Today, however, Panerai uses completely harmless phosphors for his distinctive dials for all his watches.

In 1956, Panerai ended its partnership with Rolex and began to produce its own watches. By 1970, watch production nearly came to a standstill, which is why Panerai focused more on the production of other pieces of high-precision equipment. When, in the 1990s, the partnership with the Italian Navy gradually lost its appeal, the company resumed its watch production and finally made its range available to the open market. 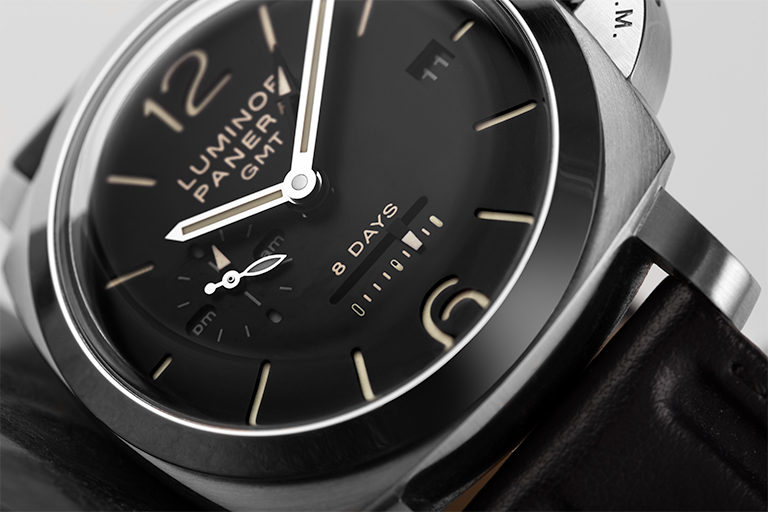 Thanks to Sly: How Panerai conquered the world


The first few years on the open market caused Panerai economic difficulties. The company produced no more than 1,828 watches from 1993 to 1997. Therefore, it was a lucky coincidence that famous Hollywood actor Sylvester Stallone came across a Panerai boutique during his stay in Florence. Inspired by the masculine style of watches, he immediately bought several copies and gave them to his friends, including Arnold Schwarzenegger. Both actors wore the watches on their own initiative in their films, making the Panerai brand known around the world. In addition, Stallone asked the company for a special edition for its film "Daylight" and proposed the name Luminor Submersible, which Panerai took over. A series of limited edition models were created, which were called "Slytech".

Today, Panerai has become an iconic brand that gathers an enthusiastic audience. Known as "Paneristi", fans engage in online forums and hold meetings all over the world to showcase their collections and discuss the history of the brand. Last but not least, it is the myth of the divers' watches of Italian frogmen that makes the brand so exciting. The classic diving watches of the Marina Militare have therefore become real collector's items, which are traded on the market for used watches at six-figure prices.

Swiss quality and Italian style: The essence of Panerai

Panerai watches owe their great popularity to the unmistakable style formed by Panerai's position as a marine supplier. The company's dive watches had to be sturdy and big to make them as easy to read as possible. Panerai chose pillow-shaped, 47 to 50 mm wide casings that are extremely imposing and masculine on the wrist. For decades, this style has been inspiring men, in particular, who like to perform prominently. In addition, the watches from Panerai were of equally high quality compared to other established manufacturers. The production of the timepieces has meanwhile been relocated to Switzerland to be able to build on the local watchmaking tradition.


Panerai watches are real luxury timepieces made according to highest standards, giving their owners a lifetime of enjoyment. The history of the now Swiss manufacturer is so closely associated with its prominent admirers as no other brand. Without Hollywood stars such as Sylvester Stallone and Arnold Schwarzenegger, who adored their Panerai watches, the brand would probably have remained rather unknown. Meanwhile, Panerai gained tremendous popularity among actors, as only a few other watch brands have. In addition to Schwarzenegger and Stallone also Adrien Brody (Luminor GMT), Brad Pitt (Luminor Marina), Pierce Brosnan (Luminor Marina), Robin Williams (Luminor Chronograph) and Orlando Bloom (Luminor 1950) were spotted with a Panerai on her wrist. But even beyond Hollywood, celebrities are spotted with brand watches regularly. For example, Heidi Klum and Bill Clinton each have a Luminor, while the artist Damien Hirst has a complete Panerai collection.


In regards to its watches, Panerai stands for quality that you can rely on even in extreme situations. At the same time, the company is involved in various environmental and social projects in Italy and abroad. The Fondazione De Marchi and Magica Cleme Onlus (Italy), Les Enfants de Frankie (France), Action for Children (UK), Sailing Heals (USA) are just some of the projects supported by Panerai. Panerai is also committed to responsibility in the production of its watches. Some steps have already been taken over the past years to guarantee greater sustainability. In 2014, a zero-impact manufacturing facility was set up to reduce the company's CO2 emissions in the long term. In addition, sustainability certificates have been obtained for the metals used and Panerai refrains from processing exotic types of leather that endanger wildlife populations.