Above all, Piaget is known for its ultra-thin wristwatches, whose individual parts have always been produced in-house. Founded in 1874, the company relies on Swiss quality, ultra-thin, precise movements and luxurious materials.  More 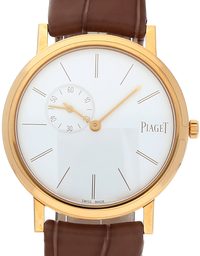 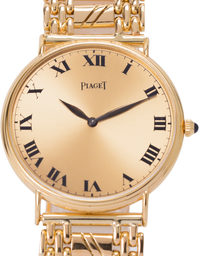 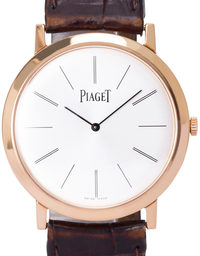 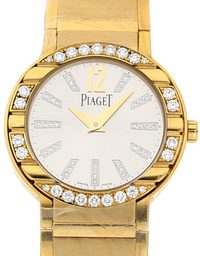 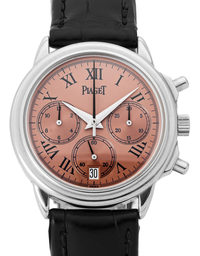 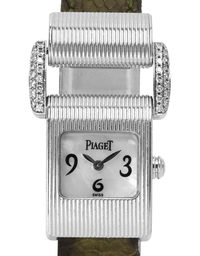 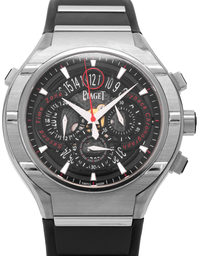 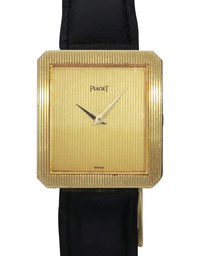 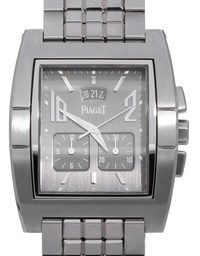 
Our online shop offers a special selection of certified used Piaget watches. If you've already found what you're looking for, there are several ways to bring your favorite timepiece home. Order your desired model conveniently online and pay by credit card or PayPal or opt for a longer payment period and pay in small installments. Financing can be tailored to your needs and provide more freedom with your investment. If you are still unsure which payment option is best for you, our customer service will be pleased to advise you by phone or email. 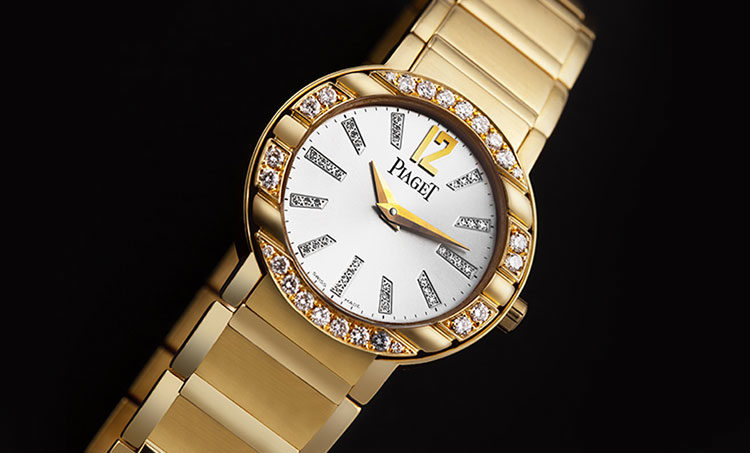 
The 5 best reasons to buy a vintage Piaget watch 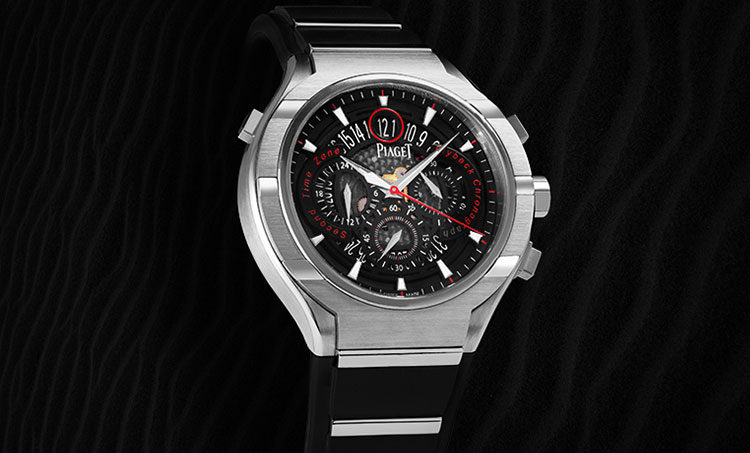 
Is it worth buying a pre-owned Piaget watch?

Piaget watches are often in the upper price segment. So if you want to buy your Piaget watch at an affordable price, take a look at vintage and used Piaget timepieces. When it comes to the question of whether investing in a watch pays off, it is not only the price that plays a decisive role but also its development over the coming years. Luxury watches from established brands can be a promising purchase, as many wristwatches experience a steady increase in value over the years. Piaget jewelry watches, in particular, are considered a good investment. However, it is at least as important that you like the watch as its lasting value. If you still have difficulty making a decision, we will be happy to advise you on which model best suits your needs. 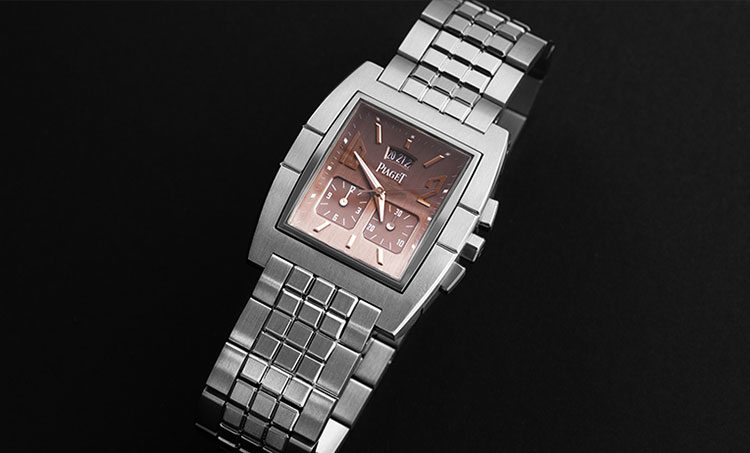 The luxury company Piaget has been known for precision and craftsmanship for more than 100 years and has been family owned for four generations. Its trademark today is above all the ultra-thin wristwatches and extraordinary jewelry. It all began in 1874, when Georges Édouard Piaget, then 19 years old, set up his first workshop in his parents' farmhouse in La Côte-aux-Fées in the Swiss Jura. He quickly specialized in the production of high-precision movements watches and their components and soon became the supplier for large Swiss watch brands with calibers and parts. His recipe for success: "Always do it better than necessary", a principle of quality that still seems to shape the company today.

The experience gained in the manufacture of precise movements set the foundation for future generations. Georges Édouard Piaget's son Thimothée continued this tradition, but his focus in the 1920s was on the production of luxurious pocket and wristwatches. The wristwatch had not fully prevailed against its predecessor at this time. Piaget predicted the new trend and increased the focus on wristwatches. Even in the third generation, the company was always driven by progress. 1943 the name Piaget was registered as a trademark. Two years later, a second manufactory building was opened in La Côte-aux-Fées to meet the high demand. Valentin Piaget focused primarily on the production of ultra-thin watches, which should soon become a trademark. Due to the constant development of the components, the production of smaller calibers became possible and thus the casings became thinner over the years. A first milestone was the presentation of the in-house mechanical hand-wound movement 9P at the watch fair in Basel in 1957. Already three years later, Piaget released the caliber 12P, which is the thinnest caliber in the world thanks to a special micromotor with a diameter of just 2.3 mm.

The following years should pave the way for Piaget to become a well-known name in the world of luxury: In 1959, the first "Salon Piaget" opened in Geneva, intended as a gathering place for artisans and designers. At the same time, workshops were opened in the city that specialized exclusively in goldsmithing and setting gemstones or even diamonds. Piaget began to produce luxurious jewelry. This influenced the designs and new developments of Piaget in watch production. It created an exciting mix of jewelry and watches. In 1963, for example, a watch with a semiprecious stone dial was released.

Celebrities such as Jackie Kennedy, Sophia Loren and Elizabeth Taylor were among the avid supporters of the brand at that time. Its innovative approach brought together Piaget again and again with greats of the contemporary art scene. In 1967 he collaborated with the artist Salvador Dalí. Since 1980, under the leadership of the founder's grandson, Yves Piaget, the company has been as successful as never before.


What Customers say about Us
SELL YOUR WATCH
Looking for a Watch?
Join our newsletter
[[ newsletterCtrl.subscriptionMsg ]]