Porsche Design created some incredible timepieces. The company didn't have any teething problems, since we' re talking about Porsche. The revolutionary thinking from motorsport can definitely be found in the watches of Porsche Design.  More 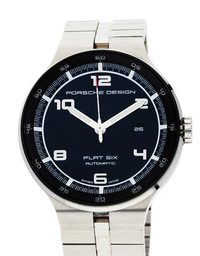 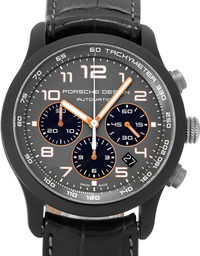 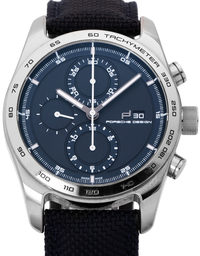 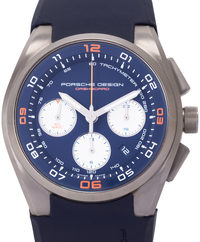 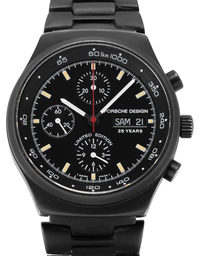 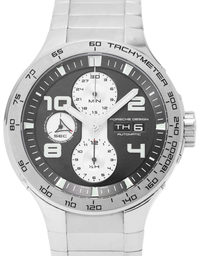 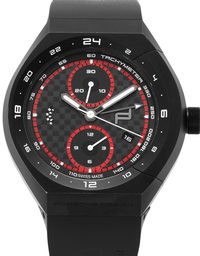 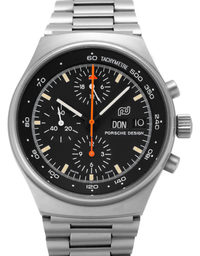 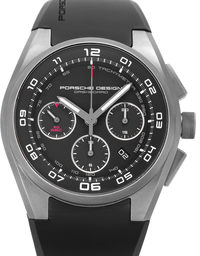 The fastest and safest way: finance your Porsche Design!

Are you thinking about buying a Porsche Design watch? We feel you, because not only the sports car icon 911 fascinates young and old. Over the years, Porsche Design has worked with various partners to develop meaningful timepieces, which is why you won't find them all in the latest collections. On the market for used watches the luxury timepieces of past years are still offered, but be careful! Before buying, you should make sure that the object of your desire is a certified pre-owned Porsche Design watch. Watchmaster is a certified dealer for used luxury watches, as such we guarantee the authenticity of all offered watches. In addition, we offer you flexible payment options - from convenient credit card payment via PayPal to instant bank transfer. Alternatively, you can also finance your Porsche Design, with an individually designed instalment term and deposit amount of your choice. This allows you to plan in the long run and receive your fully refurbished watch within just a few days.

The current collections at a glance

What does a Porsche Design cost?

For almost half a century the history of Porsche Design luxury watches has lasted. During this time, the company launched some memorable timepieces in cooperation with big names in the industry such as IWC Schaffhausen, Eterna SA and Orfina. We present you the most popular of them right here, including Porsche Design prices:

The road from Stuttgart-Zuffenhausen to Solothurn in Switzerland

As soon as the name "Porsche" is heard, most boys, men and certainly also some women listen up sharply. Because Porsche once created a sports car icon under whose poster thousands of children all over the world dream at night - of course we are talking about the Porsche 911. No other sports car can boast such a high recognition value. This is one of the reasons why the shape of the vehicle has hardly changed since its introduction in 1964.
What all the models of the nine eleven have in common is the analogue clock on the dashboard. Among other things, it reflects the love of the 911 designer, Professor Ferdinand Alexander Porsche, for luxury watches. He was also the one who became independent with his company "Porsche Design" in 1972. In the same year he presented his first watch, the "Porsche Design Chrono I" and revolutionized the world of watches. F. A. Porsche developed a matt black chronograph that focused on optimum readability. Even though critics verbally tore it to pieces - " He should concentrate on building cars" - Porsche didn't give in. Over 50,000 timepieces sold in the middle of the quartz crisis encouraged him - and silenced the troublemakers. With his black watch, Porsche set a trend that is being followed closely - more than ever before. Almost all major manufacturers present at least one completely black model in their current collection.

In 1978, the founder joined forces with a partner who, like Porsche Design, stands for innovation and design: IWC. The contract between the two companies lasted for 20 years and which brought out some amazing timepieces. These included the compass watch (Ref. 6520.13.41.0270), which combines an automatic movement with a compass under the dial. The black dial can be unfolded, the links of the bracelet contain a further refinement: They are exactly five millimetres wide and individually removable. They can thus be used as a scale on maps.
After four years, Porsche Design has launched a new product on the market that provided the basis for most current models: the Porsche Design by IWC Ocean 2000. Its case and bracelet were made entirely of titanium, a material that had not previously been used in the watchmaking industry. Titanium is a very elaborate material to work with, which is why no one before Porsche Design thought about this incredibly robust material. However, the titanium chronograph became a real bestseller not only because of its water resistance up to 200 bars.
In 1998 the contract with IWC expired and the two companies separated. As a direct successor to IWC Schaffhausen, the Swiss watch company Eterna SA now entered into a cooperation with Porsche Design. Even in this era some legendary timepieces saw the light of day. Among others, the "Compass Watch" and "Ocean 2000" were produced again in 2012 as special editions. Under the names Compass Watch (Ref. P6520) and Titan Chronograph (Ref. P6530) they were symbolically limited to 911 pieces - in honour of the legendary designer and founder Professor Ferdinand Alexander Porsche, who died on April 5, 2012.

In July 2014, Porsche Design founded a subsidiary in Switzerland, "Porsche Design Timepieces AG". Since then, the company and its team of scientists, engineers and master watchmakers have been responsible for the development and production of Porsche Design watches. Detached from well-known partners, the team is doing more than well and developed the 1919 Collection and the Chronotimer Series 1, for example - as a tribute to Porsche Design's first watch. The fact that the art of engineering from high-performance motorsport and watchmaking goes hand in hand is proven over and over again by Porsche Design Timepieces AG.

Technical masterpieces that are reduced from the outside to the absolute essentials - that is the motto of Porsche Design Timepieces AG. Real wolves in sheep's clothing leave the production halls in Switzerland. The design concept is outwardly restrained and inconspicuous, but represents only one of the rock-solid constants in the development: The use of high-tech materials, which are otherwise only used in racing engines, probably results from the close connection to motor sports.
What our customers say about us
SELL YOUR WATCH
Looking for a Watch?
Join our newsletter
[[ newsletterCtrl.subscriptionMsg ]]