A watch for the adventurers among us - that's the Rolex Explorer. Dedicated to the first ascent of Mount Everest, it radiates functionality and reliability. Find exciting models of Rolex Explorer new, vintage and used.  More 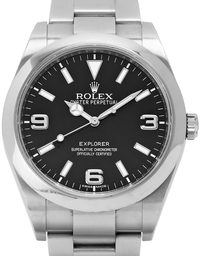 The fastest way to get your Rolex Explorer: Buy or Finance

A pre-owned Rolex Explorer is usually cheaper than a new one. When buying second-hand luxury watches, however, you should be careful and only buy from trustworthy dealers. Watchmaster as market leader for certified, used luxury watches always has a few Explorer models on offer, all fully refurbished and guaranteed original. You can pay your new favorite piece comfortably by credit card, PayPal or bank transfer, alternatively the financing of a Rolex Explorer watch is also possible. Create an individual installment plan in the ordering process, determine the term and deposit amount according to your wishes and expect your new watch in a few days.

The Rolex Explorer on top of the world

The Rolex Explorer is, as the name of the watch suggests, a true adventurer. The Rolex Explorer is considered a tribute to the first ascent of the highest mountain of the world, Mount Everest. Rolex equipped Sir Edmund Hillary and his entire team with Rolex Oyster Perpetual timepieces, and once again managed to be at the forefront of a historic venture. First introduced was the Rolex Explorer in 1953. Already since the 1920s, Rolex has been using the public as an "experimental laboratory", providing the company with expedition researchers and their teams with their chronometers on a regular basis. In this way, Rolex has always received objective and professional feedback that contributed significantly to improving precision, durability and quality. The Rolex Explorer was developed primarily for professional mountaineers. Explicitly designed to withstand extreme conditions, functionality always came first.

Even before the ascent of Everest there were predecessor models that were not yet running under the name "Explorer", but already had their characteristic design. These include references 6098 and 6150, both equipped with the A296 caliber. The former was probably also worn by Tenzing Norgay at the Everest Expedition. 1953 were followed by the references 6298 and 6350, which was already provided with the Explorer typical 3-6-9 dial and the “Mercedes hands”. The "Explorer" logo was first given to the 6350 end of 1953. The watches were developed for use in extreme temperatures, which they could withstand thanks to reinforced housing and special lubricants in the movement. The first reference with Explorer lettering was, however, already replaced a year later by the ref. 6150, 1959 was followed by the ref. 6610 with flatter case and caliber 1030th A remarkably long production period compared to their siblings had the ref. 1016, between 1963 and 1989. It was replaced by the Ref. 14270, which received the powerful Caliber 300 and a new face at the same time. The dial has been updated, the font of the numbers changed and the previously used Plexiglas was replaced by scratch-resistant sapphire crystal. 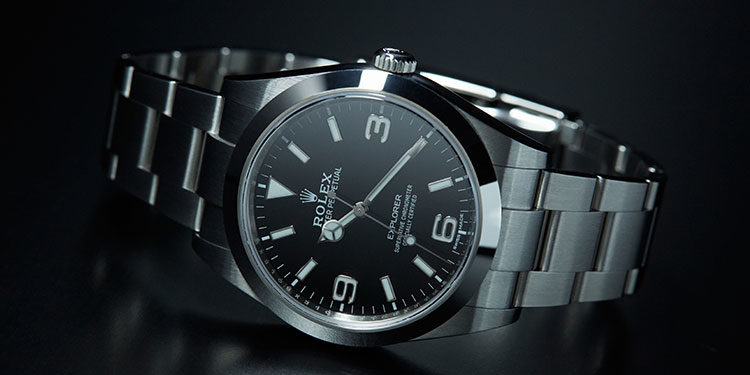 In 2001, an update was made with the ref. 114270, in which the new caliber 3130 is ticking. The introduction of the Ref. 214270 at Baselworld 2010 brought a major change: The Rolex case grew from a previous 36 mm diameter to 39 mm, which not only met with approval from Rolex fans. Overall, the Explorer has remained true to its original design over the years, both vintage models and the current collection of Rolex Explorer epitomize simplicity, robustness and reliability. As a result, the model has always been popular with explorers, mountaineers and adventurers. They all had the courage to do great things, they all left their comfort zone, they all crossed their own borders several times - and could always rely on their Rolex Explorer. It will be the same in the future.

Rolex stands for luxury quality, but rightly so. With convincing quality, beautiful design and outstanding functionality every single model knows how to convince. The Explorer is an entry-level model that can be found cheaply used. At the same time, vintage models and special editions are a good investment thanks to a constant increase in value. 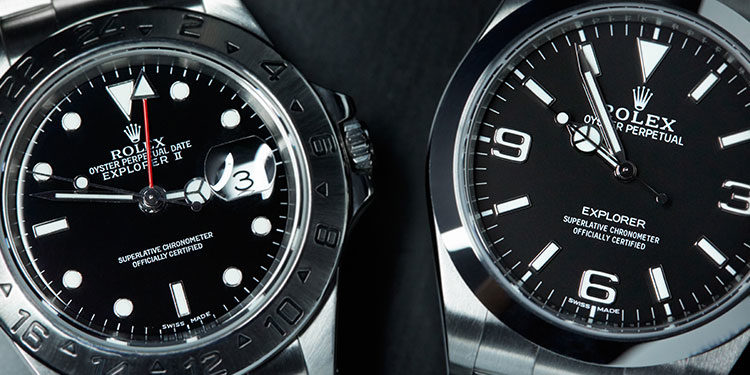 The Rolex Explorer: Simplicity in a nutshell

As with all Rolex models, the Explorer uses only Oyster Steel. The material is primarily used in the aerospace and chemical industries because it is highly corrosion resistant and extremely durable. The sophisticated dial of the Rolex Explorer captivates with its simplicity. It is not overloaded and provides good readability through the characteristic Arabic numerals 3, 6 and 9, supplemented by stick indices. The indices and hands are coated with a blue luminescent material, which guarantees orientation and readability even in complete darkness - for example when exploring caves. At Baselworld 2016 Rolex presented an update of the 214270, which differs from its predecessor by the dial and hands. The new dial has numbers filled with luminescent material, which again approximates the classic design of the Exlorer Ref. 1016. The slightly longer and wider hands also provide improved readability and now, according to many, fit better on the larger 39mm case of the 214270.

Another unique feature is the cambered bezel. It makes the watch slim, unobtrusive and yet elegant. A perfectly balanced combination of comfort, aesthetics and function is the Oyster band. It has the Oysterlock buckle, which prevents unintentional opening. In addition, thanks to the Easylink system, the bracelet can be easily adjusted by approx. 5 millimeters; so highest wearing comfort is guaranteed at all times.

There is also something exciting inside the Rolex Explorer: Equipped with the 3132 caliber, the functionality is still given even in the event of heavy impact. The 3132 caliber features the Paraflex anti-shock system. The shock protection protects the fine pins of the balance shaft from breaking due to elastically supported stone bearings. Of course, this automatic caliber is also COSC certified and offers unprecedented reliability.

Speaking of Rolex, many immediately think of Submariners, Daytonas and GMTs. The Rolex Explorer, on the other hand, seems to be a tacit favorite - but the more you learn about its story, the more you feel attracted to it. It's the same with Hollywood star Matt Damon ("The Bourne Identity", "Shooter"). Known as the Rolex fan, the actor wears a Rolex Explorer Vintage Ref. 1016. For him, the watch symbolizes precision and focus - qualities he does not want to miss at his regular poker tournaments. That James Bond can be seen in many films with a Rolex, he owes his author, Ian Fleming. The creator of the famous secret agent 007 maintained close ties to the company and was passionate about his Rolex Explorer Vintage. 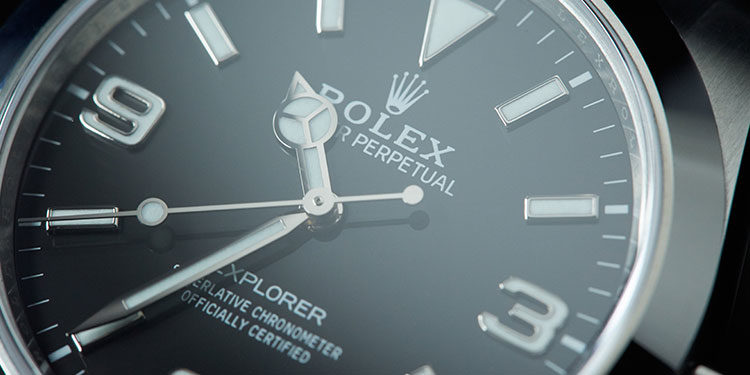 The list of well-known personalities in possession of a Rolex Explorer is long, Prince Harry, Orlando Bloom and Tom Hanks are probably the best known among them. But Rolex is also deeply rooted in the exciting world of mountaineers: high altitude mountaineer Ed Viesturs, who has already climbed all 14 eight-thousander mountains, is supported by Rolex through active sponsorship of his adventures. During his expeditions, he puts the Rolex Explorer through its paces in extreme situations, but has never failed.