Researchers are exposed to special demands, as are their watches. The Milgauss withstands magnetic fields of up to 1,000 Gauss without sacrificing accuracy. The second hand shaped like a flash in orange is eye-catcher and a sign of its scientific heritage at the same time.  More 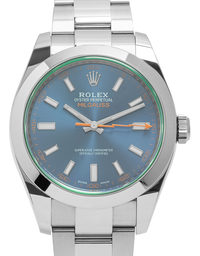 How to finance a Milgauss watch

The purchase of a luxury watch needs to be properly considered. Certified pre-owned Rolex Milgauss watches seem to be a really good possibility to get low prices and, at the same time, experience the full Rolex feeling. Buying a Rolex Milgauss watch will even be profitable in view of an investment, because the price of a used Rolex watch is stable as a result of a constant growth.
Have you already decided which new or pre-owned Milgauss model you would like to buy? You have either the option to finance your Rolex Milgauss and pay in small installments over time or you pay quickly by paypal, bank transfer or credit card. Feel free to get more information about other payment methods on our website or contact our customer service for help. 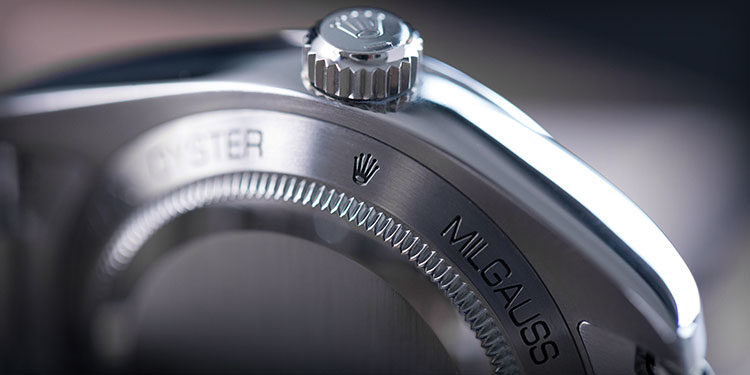 Unlike other Rolex series, the hype surrounding the Milgauss took a long time to come. Its characteristic design with the orange flash as second hand and the green shimmering glass sets it apart from the otherwise constant design of the traditional house. Their name - Milgauss - is composed of "mille", the French word for a thousand and the unit of magnetic flux density. As the name suggests, it shields its movement against radiation of up to 1,000 Gauss. Their advantages were appreciated above all by scientists; the series was revived with a new edition in 2007, with which the interest in collectibles increased massively.

The case of the Rolex Milgauss is quite restrained with 40 mm. Nevertheless, the watch is an absolute eye-catcher: Optically, it stands out among the other Rolex models mainly by their characteristic second hand. He is lightning-fast and comes in a striking orange. The indices at 3, 6 and 9 o'clock are orange. Another eye-catcher is the green sapphire crystal, whose color is especially intense when exposed to light from the side. Of course, the readability of the watch is in no way affected. The current models of the Milgauss a caliber 3131 is installed. To protect the case from magnetic field effects, the case is made of a ferromagnetic alloy specially developed by Rolex. 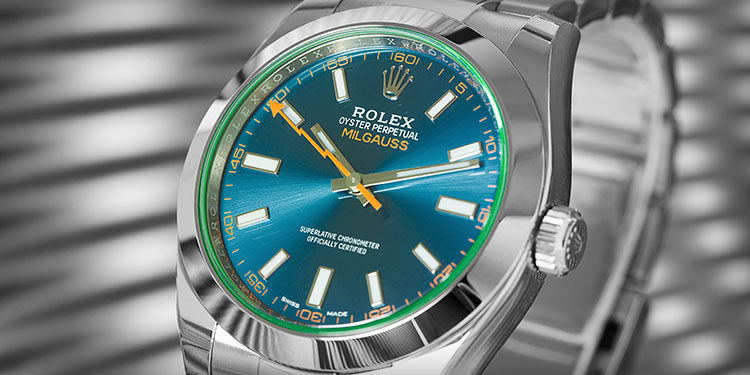 The current Rolex Milgauss collection consists of two different models, which visually differ by the dial color Due to their history, rare old models are a good investment, which are characterized by a good price trend. 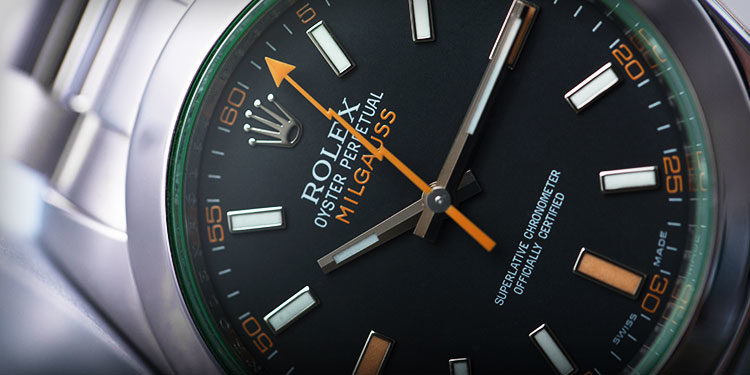 The History of Rolex Milgauss - Excellence in Science and Medicine

Already in the 1920s, watchmakers from various companies had been concerned with the question of how watches should be shielded against magnetic fields. Even small magnetic fields of 50 to 100 Gauss influence the accuracy of the movement, a problem that is more actual than ever today. Electronic devices with a strong magnetic field can electromagnetically charge parts of the watch and thus influence their accuracy and can lead, in the worst case scenario, to a final standstill. Of course, certain occupational groups are more affected than others. Above all, scientists and doctors are regularly exposed to strong electromagnetic fields. Rolex found a convincing solution: in 1956, the company introduced the Milgauss Ref. 6541. The housing consists of a special soft iron container, which shields the movement from magnetic fields. 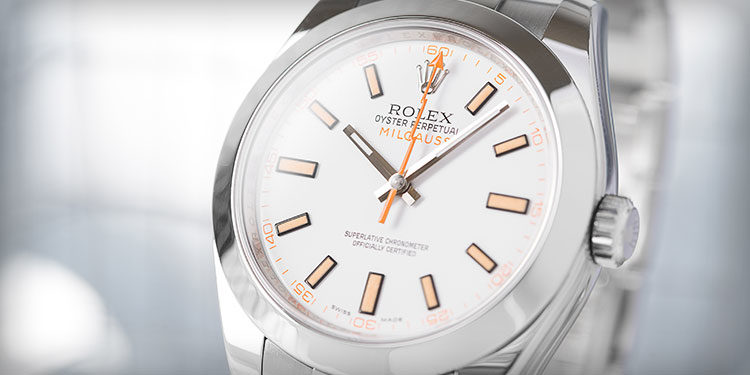 Legend says that the CERN (European Organization for Nuclear Research) asked Rolex in the early 1950s for the development of a watch that was shielded against electromagnetic fields. Conventional watches are already influenced by radiation of 50 to 100 gauss. However, scientists working in nuclear research, for example, are exposed to much higher levels of electromagnetic radiation. The Milgauss can withstand radiation of up to 70,000 A / m or 1,000 Gauss. The mission of CERN to Rolex has never been officially confirmed by any side, and thus probably remains a story. However, it is clear that CERN has tested the Milgauss and officially confirmed their radiation resistance. A small edition was therefore also released with CERN dial.
Since the Milgauss had been developed initially for a small circle of scientists and physicians, circulation and sales remained relatively low. In 1988 the watch was taken off the market because of a too small target group. Another reason could be the abandonment of the characteristic flash second hand in models manufactured after the 60s. The exclusivity character of models from the 50s to the 80s made the Milgauss a very popular collector's item today.
Almost 20 years later, in 2007, Rolex unveiled a new version of the Milgauss (Ref 116400 and 116400GV) at Baselworld - again with a flash second hand, of course. Also striking are the orange line indices at 3, 6 and 9 o'clock, which distinguish the new models from the original ones. 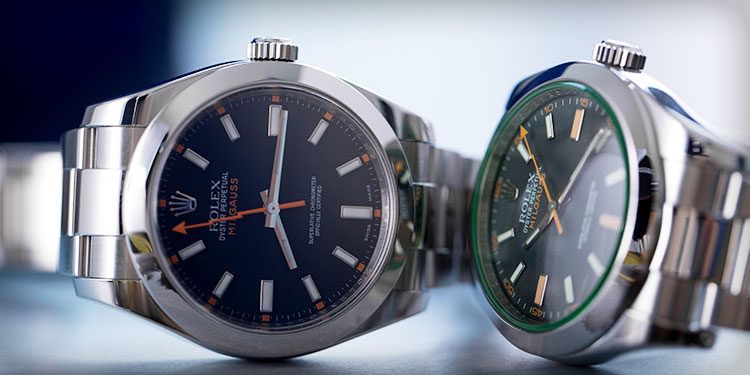