The company Sinn from Frankfurt am Main offers instrumental watches that can withstand extraordinary demands. Due to the direct distribution model since the foundation in 1961 competitive prices are made possible, especially pre-owned Sinn watches are available at lower prices.  More 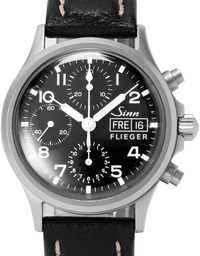 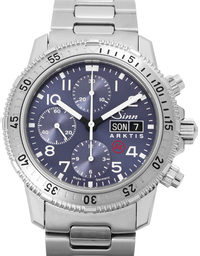 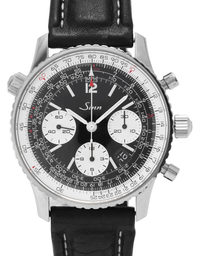 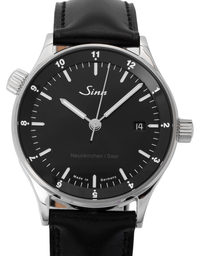 The quickest way makes the most sense (ger.: Sinn)

Watchmaster offers a large selection of certified, used luxury watches as well as beautiful pre-owned Sinn watches. You have found a used modell from Sinn in our online shop and would like to purchase it as soon as possible? No problem at all, we offer various options for convenient payment. Whether you opt for credit card payment, PayPal or bank transfer is entirely up to you. Optional we offer favorable financing models. Define the duration of the installment, as well as the amount of the deposit, and in just a few days you will receive your dream watch via fully insured and convenient shipping by UPS.

The story of the company starts with flight instructor and pilot - Helmut Sinn. He was who founded the company "Helmut Sinn Spezialuhren" in 1961 in Frankfurt am Main Germany. Initially the company focused on aviation chronographs, industrial and racing sport watches as well as diving watches. According to the specifications of the founder Helmut Sinn, these were produced in Switzerland.

Right from the start, the company decided to bring all products to customers via the direct distribution. The skimped commission of a middleman created a great advantage in the competition because Sinn watches could be offered much cheaper than well-known brands through traditional distribution channels. It quickly became known that the young company from Frankfurt a.M. offered unbeatable prices for aviation chronographs. Doubts about the quality came with said prices, but these quickly disappeared, as it became known that the founder himself was also a pilot. At the same time first reports of experience in aviation circles made the round and the initial skepticism could be stifled completely. The value for money remained no secret and Sinn Spezialuhren, although young, was able to establish itself in the industry. Carried by the wave of success, Helmut Sinn sold his empire to his experienced colleague Lothar Schmidt in 1994 and re-oriented two years later. Graduated engineer Lothar Schmidt ushered in a new era in Helmut Sinn special watches.

Under new leadership, Sinn developed its own watch models with innovative technologies and focused on special watches for professional use. Likewise, a comprehensive expansion of the product range was carried out. The new focus was also implemented consistently in the production and separated itself from the white label production in Switzerland and developed now the watches and movements at their own. In addition, the distribution was changed and the company now sells their watches no longer exclusively through direct sales, but also on selected jewelers, concessionaires and specialty shops. With such a change of course one could not be missing - the change of name in Sinn Spezialuhren GmbH, as the company is called to this day. Currently, about 14,000 watches are sold each year from their eight product lines, out of the manufacture on the Römerberg right in the heart of Frankfurt am Main.

Luxury watches from Germany as a worthwhile investment

Buying a valuable watch instead of gold or stocks as a reserve is now almost a trend. It is undeniable that high returns can be achieved with the right models. But which are the right models? Those of the big, well-known brands are comparable to black or red in roulette: The probability to set correctly is quite high, but only with high bets a considerable sum comes in afterwards. An alternative are small Swiss manufactories. With less awareness and often limited production runs, demand may increase exponentially in a few years. A comparatively small company is also meaningful, the brand can not boast a very long history. Nor does the company come from Switzerland, which is a not insignificant pro in this market. Of course you can look at all the facts from a different angle. Sinn still has all options open! Sinn watches are special, made in Germany and have been designed for special applications, extremely durable and practical. You primarily buy a Sinn timepiece - whether a new or pre-owned Sinn watch - because you like it, you can identify with it, or you simply need a robust, functional watch. In any case, an intensive research before the purchase decision is a must, there is no guarantee for an increase in value at any time. 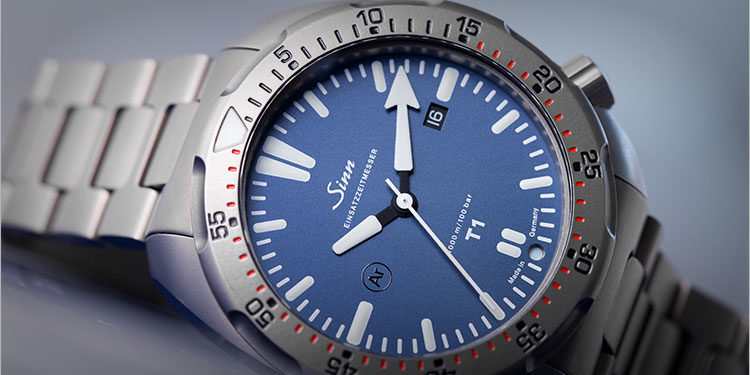 Top reasons to buy a watch from Sinn

There are 4 good reasons to buy a pre-owned Sinn watch !


The most important Sinn models at a glance 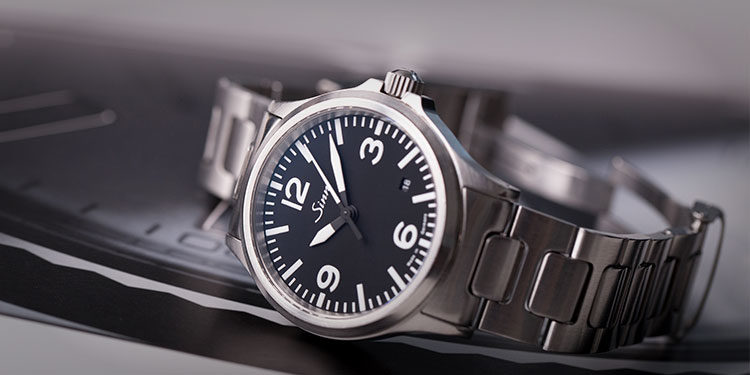 The company Sinn reflects above all one thing: the high affinity to technology. It is fascinating how permanently new solutions are found, for example, to increase the magnetic field protection or the annoying subject of scratch resistance. There are professions in which one must necessarily be able to rely on one's wristwatch. For example, the lives of rescue divers, firefighters or pilots can depend on fractions of a second - and for these professional users, Sinn Spezialuhren is the focal point in Germany. The creation of first-class wristwatches, which prove their resilience and innovative technology and are also more than competitive - according to this motto, Sinn has been building reliable timepieces for over 55 years now. Frequently form follows function.